Peter M. Haslam, Sr., 87, passed away peacefully at his home surrounded and comforted by his family on April 24, 2016. He died just shy of his 88th birthday.

Peter Haslam, “Pete,” as he was known to everyone, often joked to friends and family that he was surprised to have lived to the age of 75. (His father, who died at 77, had been the longest-living Haslam.) Pete, who always loved a good party, threw himself one once he reached that milestone, and repeated the exercise for both his 80th and 85th birthdays. In August 2015, Pete learned he had cancer and battled the disease until he lost that fight on April 24th. The past few weeks of his life were filled with visits with close friends, telling stories, sharing his famous one-liners, saying goodbye, and laughing — despite having lost most of his voice.

Ever the diligent planner — after all he was a lifelong insurance agent — he had his affairs in order and then some. Taking care of, and providing for his family, was always his No. 1 priority.

Pete was born in St. Cloud, Minn., on May 3, 1928, the son of Daniel B. Haslam and Thelma (Martin.) He was just under 3 years old when they moved to Montpelier, Vt. He’d always wished he could claim he was a native Vermonter. His family later moved to Barre, Vt. He graduated from Spaulding High School in 1946, Kimball Union Academy in 1947, and the University of Vermont in 1951. Upon graduation, he went into the U.S. Army as a second lieutenant and served during the Korean War for 14 months during which he was promoted to first lieutenant.

His successful and lengthy insurance career began after his return from the Korean War. Pete originally wanted to be a veterinarian. The veterinarian program, however, proved too challenging and the dean of the college told him — quite candidly — that he had two choices: an insurance career or the ministry!

After his return from Korea he joined Berg, Carmolli, and Kent Insurance Agency in Barre, and sought further training with the Aetna Casualty and Surety Co., in Hartford, Conn., in 1954. He was subsequently sent to San Francisco to cover much of northern California as a Marine Department fieldman.

Pete met his wife, Patricia Liddle, at the same San Francisco agency where she worked as an assistant underwriter. They were married at the historic Presidio Club overlooking the Golden Gate Bridge on Oct. 13, 1956. Just a few months later, Pete moved his native Michigander bride to Montpelier and the Green Mountains of Vermont where he was employed by the Vermont Mutual Company. He quickly rose to vice president.

In 1958, Pete founded The Vermont Fieldman’s Association, and he served in too many other insurance industry organizations to mention throughout his career.

Even after his promotion to vice president at Vermont Mutual, Pete still dreamed of owning his own agency. Soon after, Pete became the proud owner of Stowe Insurance Agency.

In 1969, Peter packed up his wife and three children and moved to Stowe. Pete, a non-skier, wondered how successful he’d be in an avid skiing community. That never turned out to be a problem, however, as he immersed himself in the community by not only learning to cross-country ski, but by becoming an important part of the fabric of the close-knit community of Stowe. He served as a dedicated member of Stowe Rotary (46 years) and was honored as a Paul Harris Fellow, as a Village Trustee & Electric Commissioner (25 years), and as a Union Bank director (29 years). He also served on the Copley Hospital Foundation Board, as a justice of the peace, as a member of Stowe’s Donald McMahon Post #64 American Legion, among many others.

His list of memberships is long: Pete served as a director and long-time member of the Mountain View Country Club, in Greensboro, as a member of the Sigma Nu fraternity at UVM, and in recent years, became a member of St. Augustine of Canterbury Episcopal Church in Vero Beach, Fla.

Along with several friends in Stowe he established a social cross-country ski group named Up Your Knickers, which met every Sunday during the winter. Each week a different couple would host an après-ski party and the fun would begin.

His “baby,” as he called it, was the family camp on Caspian Lake in Greensboro, Vt. Purchased in the late 1950s by his parents, to Pete it always served as a symbol of his parents and brother, and as the true home for his wife, children and grandchildren. Countless memories were made at camp for 50-plus years, and for his family it will live on forever in honor of and celebration of his life.

Pete and Pat “wintered well” as snowbirds in Vero Beach, Fla., and persuaded many of their Stowe friends to join them in recent years. Dubbed “Stowe South” in the winter months, Pete and Pat enjoyed their lunch, dinner, and social events with special friends. Upon their return to Vermont in late April, Pete counted the days until the ice melted on Caspian so camp could be opened — even if it meant blow drying pipes to turn on the water — and he could move out to the lake for the summer season.

Pete’s remembrance here wouldn’t be complete without mentioning his love of politics. He called himself an ardent “Ronald Reagan Conservative” and was proud of that moniker. He could argue with the best of them, but most arguments would end with a laugh and a wink. Over the last weeks of Pete’s life, many asked his thoughts on this year’s presidential race. Most of it cannot be repeated here. Survivors include his wife of 59.5 years, Pat; his daughter Sarah Haslam Ayers, and her husband Charlie of Middlebury, Vt.; son, Peter Jr., of Cantonment, Fla.; and daughter Kathryn Haslam Paine, and her companion Bill Atkinson of Stowe and Burlington, Vt. Four grandchildren: Nicholas M. Haslam and his fiancé, Carmen Mason of Waterbury, Vt., Samuel M. Paine and Benjamin H. Paine, and their father, Thomas B. Paine of Morrisville, Vt., and Madison M. Haslam of Alexandria, Va. His nephews, Gary M. Haslam and his wife, Betsy of Prescott, Ariz., and Daniel B. Haslam, III, of San Diego, Ca. Pete was predeceased by his brother, Daniel B. Haslam, Jr.

A celebration of Pete’s life will be held on Saturday, June 4, 2016 at 2 p.m. at the Stowe Community Church, Stowe, Vt. A reception will immediately follow at the Town & Country Resort on the Mountain Road in Stowe. There will be no calling hours.

In lieu of flowers, donations may be made to Lamoille Home Health and Hospice, 54 Farr Ave., Morrisville, VT 05661, or a charity of your choice.

Faith Funeral Home is in charge of arrangements. Online condolences may be made by visiting faithfh.net. 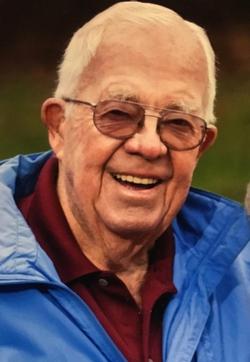 A celebration of Pete’s life will be held on Saturday, June 4, 2016 at 2 p.m. at the Stowe Community Church, Stowe, Vt. A reception will immediately follow at the Town & Country Resort on the Mountain Road in Stowe. There will be no calling hours.