Mr. Rahr was born in 1938 to Gordon J. Rahr and Virginia (Crary) Rahr in Oak Park, Illinois, and was raised in nearby River Forest. He graduated from Oak Park-River Forest High School and matriculated at Princeton University in 1956. As an undergraduate, he was active in a variety of extra-curricular activities including serving as Director of the Princeton Summer Camp (now the Princeton-Blairstown Center) of which he was a Life Trustee.

He graduated with honors from Princeton in June 1960 and worked for the University for the next 22 years with the exception of six months active service with the NJ National Guard and a year in the private sector. He served successively as an Admission Officer, the Assistant Secretary of the University and as Secretary, then Director of the Alumni Council overseeing Princeton’s alumni relations efforts.

In 1982, Rahr was named Director of Development at Middlebury College in Vermont with responsibility for fundraising, alumni relations and public affairs. After four years at the College, Rahr was asked by the founding directors of The Vermont Community Foundation to lead the formation of a state-wide charitable fund.

The VCF began in December of 1986 with essentially no permanent capital and modest operating funding. Rahr, at first the only full-time employee of the Foundation, guided its establishment and growth to the point when at his retirement in 2003 its permanent assets were nearly $100 million with annual grants of over $12 million. As a public charity, the VCF invests and manages hundreds of component funds and helps fund holders (primarily individuals and families) accomplish their charitable objectives in an efficient, collaborative and leveraged way while enjoying the economies of scale that come with being part of a state-wide charitable fund. Today, the VCF is the largest foundation in Vermont with assets of $250 million and grants of over $16 million. More important than its size is the impact it and its partners are having on the growth of philanthropy to address the needs of the people and communities of Vermont.

Rahr retired in 2003 and a year later moved from Cornwall, Vermont, to Old Lyme, Connecticut, then recently to Old Saybrook. He continued to serve on the boards of several VCF affiliates and consulted with non-profit organizations in Vermont and elsewhere. He was a member of the Board of the Old Lyme-Phoebe Griffin Noyes Library for several years.

Mr. Rahr is survived by his wife of 55 years, Susan (nee Vetter) and their two children: Tim, his wife Sarah Roman, and their three sons, Stephen, Tom and Owen of New Haven, Connecticut; and, daughter Amy of Park City, Utah. He was predeceased by his brother, Sumner. Gifts in his memory can be made to The Vermont Community Foundation, Princeton University and the Old Lyme Library.

There will be a celebration of David’s life at 2:00 on April the 28th at The First Congregational Church of Old Lyme, Connecticut. 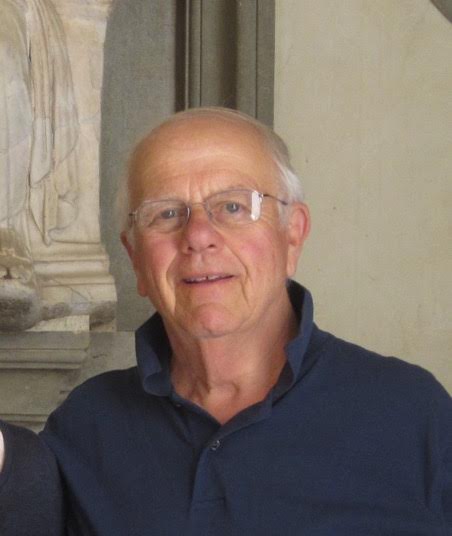 A celebration of life at 2 p.m. on April 28, at the First Congregational Church of Old Lyme, Connecticut.