Oakes Ames died of Parkinson’s disease on February 12, 2019 at his home at Copley Woodlands, a senior living facility in Stowe, Vermont, where he received exceptional, loving care from his son Stephen, wife Heidi, and their children.

Oakes was born in Boston, MA in 1931, attended Milton Academy, Harvard University, B.A. 1953, and received his Ph.D. in experimental nuclear physics from John Hopkins University in 1957.

He began his teaching career as an Assistant Professor of Physics at Princeton University, before moving to Stony Brook University, New York, where he was first appointed Professor, and then Chairman, of the Physics Department. From 1974 until 1988, Oakes served as President of Connecticut College. He led the College through the challenging economic climate of the 1970’s, encouraged a new focus on the sciences and economics, emphasized job skills and an expanded athletics program. In addition to spearheading a major capital campaign that raised over $30 million for the College’s endowment, Oakes also oversaw a number of major construction projects during his tenure including a new library, sports center and humanities center.

In recognition of Ames’ career as an experimental nuclear physicist, the College continues to host an Oakes Ames Professor of Physics. During these years, his wife Louise Kimball Ames was an unusually active President’s wife; her contribution to the college was recognized with the bestowal of an Honorary Degree to her at Oakes’s last graduation ceremony as President in 1988, at which time he, too, was awarded an Honorary Degree.

Oakes and Louise returned to New York in 1990, where he became Executive Director of the New York Academy of Sciences, before retiring from academia in 1991. Following his lifelong love of the natural world, he subsequently dedicated himself to environmental work and research in energy conservation. He became a supporter and board member of Environmental Advocates of New York for more than 20 years. He chaired the organization’s board of directors from 1994 though 2003 and stayed active until 2012. Under his leadership, the organization grew its presence and political power, and thus shaped better laws and safeguards for New York’s people and natural places. As the current Director wrote, current and future generations owe a huge debt of gratitude for the time and energy that Oakes devoted to the cause. Oakes was one of the founding members of Audubon New York’s State Board and served from 1999 until 2012. As passionate birders, he and his wife Louise were active in the annual Audubon Birdathon, rising before dawn each year to join their bird watching friends in Central Park.

Always gentle, thoughtful, and kind, and often with a twinkle in his eye, Oakes had many interests beyond his professional career. As a lover of rowing, he had been the stroke of the Harvard Junior Varsity Lightweight Crew and continued to row while at Connecticut College and beyond.

A lover of music, he was an accomplished pianist throughout his life, taking lessons into his 86th year. Even with the challenges of Parkinson’s disease, he was still playing the piano several weeks before his death. In his later years, he and Louise spent summers on Martha’s Vineyard, MA, where he pursued his love of photography and watched over successive osprey families nesting near their house. While in the City, he was an active member of The Century Association, and a frequent attender of classical music performances.

A memorial service will be announced at a later date.

Gifts in Oakes’ memory can be sent to Connecticut College, Environmental Advocates, or Audubon New York. 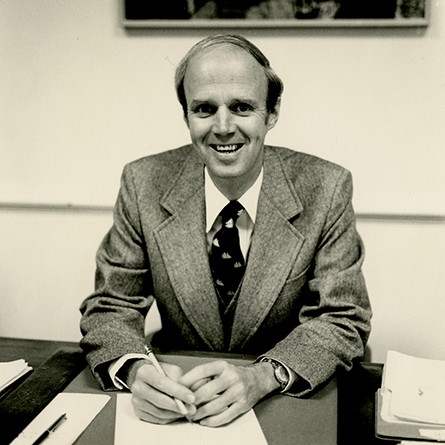 A memorial service will be announced at a later date.

Gifts in Oakes' memory can be sent to Connecticut College, Environmental Advocates, or Audubon New York.