Alexander Sterling MacDonald III, passed away peacefully at home, from cancer, with his wife and three daughters by his side.

Born in Beverly MA to Mary Belle Wright and Dr. Alexander Sterling MacDonald, Jr., Alex had a playful childhood with his three younger sisters Amy, Susan, and Gene. He was a partner in crime to lifelong friends while exploring the woods, rivers, lakes, and coast of New England.

Alexander was just 17 when he met the love of his life. Nancy Chase Putnam of St Louis was babysitting for a family in Beverly, and Alex was mowing the lawn. They married three years later in Marion, MA in 1970, two years after Alex graduated from Phillips Exeter Academy. To know Alex was to know that he was head over heels in love for over 50 years.

When his daughter Tara was born, Alex took time off from college. He returned to Trinity College in Hartford CT with Nancy as dorm parents and role models to many students. Alex studied full time, looked after his daughter, juggled books, paints, close friends and parenting, while Nancy worked nights. Many friends sought out their company as a respite from campus life. Alex got a degree in studio arts and graduated in 1974 with his wife and toddler at his side.

Alex fished around for the perfect place to raise a family, and Vermont landed squarely in his sights. He, Nancy and Tara moved to Lincoln in 1974 and went about putting down roots and weaving themselves into the community they would call home. Two more daughters, Leah (who was his best fishing buddy and sweet sidekick) and Megan (his Red Sox fan, tomboy, and radiant burst of sunshine), joined the family--all five years apart--giving Alex a little team of ball players to coach, fishergirls to walk along rivers with, firewood collectors to follow him through the woods on fall weekends, and apprentice builders to hammer nails and snap true blue lines. Coaching Little League for all three of his daughters’ teams added up to lots of ball time. In addition to coaching he was integral in getting the Lincoln Preschool built.

As the head of Alex MacDonald Construction, he crafted many beautiful homes in Vermont. He instilled in his team a sense of craftsmanship, pride, and integrity; they were not only building a house but creating a home, a work of art, and a trusting relationship with homeowners. Throughout the Vermont building community Alex’s reputation was one of excellence. He mentored many young carpenters, and later in his career when he was ready to work a little less, he joined Silver Maple Construction, where he was a leader, a brother, a father figure and beloved friend.

Alex created a life for himself that focused on his family, hard work, and his many passions. Any time not devoted to his family, work, playing hockey, skiing, friends, or cheering on his sports teams, Alex could be found on the river with a fly rod in his hand. The river and its soothing ways, the act of trout fishing were his form of religion and his way of connecting himself to the natural world. His mind was always working overtime, thinking about his family, his friends, his work, politics. Time on the river was peaceful for him -- and if you were lucky maybe you were there too, to join him in his place of peace and see that smile.

Project Healing Waters was an organization Alex was especially passionate about. He loved the men and women he connected with and befriended there-- wounded veterans and fellow volunteers. Alex was happy to be able to share with them his love of rivers and fly fishing, and the peace of mind that those things brought him.

He worked passionately with conservation organizations and was appointed by Governor Shumlin to the Lake Champlain Citizens’ Advisory Committee of the Future of Lake Champlain. He was an active member in the New Haven River Anglers Association.

He was also a voracious reader--he consumed books, magazines and news articles spanning topics from politics to arts and fiction--as well as a Lincoln rock star, playing drums with the Ramblers, another band of brothers who considered Alex family.

Laughter filled family adventures at home in Vermont, in the Florida sun, in the wilds of Wyoming, and on the coast of Massachusetts; those were special times for Alex. Saying he will be missed falls short. His extended family of brothers and sisters -in-law, nieces and nephews and his family of close friends are all heartbroken.

Alex would have loved you to think of the Green Mountain chapter of Project Healing Waters. A donation made in his name can be done at: projecthealingwaters.org

Alex was a grandfather to Sadie, Sommer, Waylan, Ramsey, and Glory and loved spending time with them doing what they and he loved -- fishing, hiking, building, skiing, reading, drawing, rafting, sailing, snuggling, and squeaky toy. His sons-in-law David and Jeff had a special connection with Alex and felt they could not have been luckier to have gained another dad in their lives. 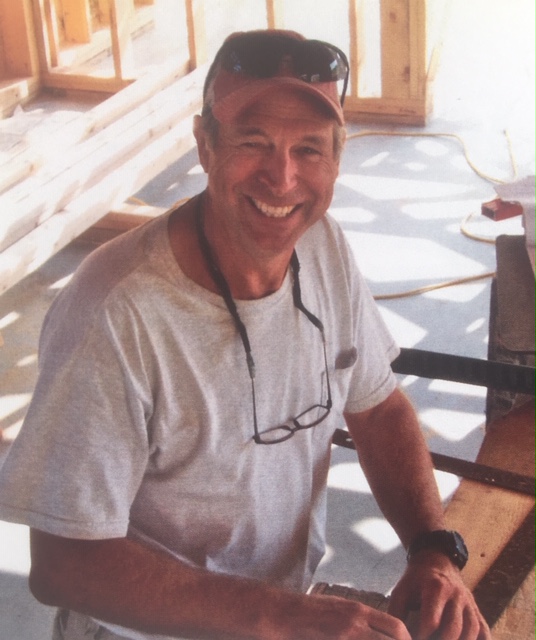 His family would love to compile memories; please send those to [email protected] A celebration of his life and memorial service will be held when the snow melts and rivers clear.