WESTON, VT (May 22, 2019) - We are deeply saddened to announce that Malcolm Ewen,
Weston Playhouse Theatre Company Founding Director, beloved colleague, and friend, has
passed after a long battle with cancer.

Malcolm was the heart of the Weston Playhouse Theatre Company, making every artist and
theatre-maker feel at home and a part of the Weston family. Malcolm will be remembered as a creative leader and inspiring mentor. His joyful spirit is forever woven into the fabric of the company.

Says Executive Artistic Director, Susanna Gellert: “Malcolm’s love for this theater, its artistry, and its community, are the cornerstone of Weston’s work today. His joy and abounding love for the family he created in Weston were infectious. We are profoundly fortunate to have known, loved, and learned from him.”

Says Chair, Board of Directors, Oliver Olsen: “No words can fully express our sadness at
Malcolm’s death or our gratitude for the opportunity to know him. Over the years, he shaped and developed a company culture that continues to define Weston as an extraordinary and special place for artists to do their best work.”

In 1988, Malcolm, alongside Tim Fort and Steve Stettler, took the reins of Weston Playhouse, rededicating the theatre to its community, reorganizing it as a not-for-profit company, and entering into an agreement with Actors’ Equity, the professional union of actors and stage managers. Malcolm personally guided the expansion of the company’s accessibility, now a leader in the state. Weston has grown to become an award-winning regional theatre nationally known for its multi-stage summer festival and its year-round Education and New Works programs. Malcolm’s impact on Weston will be felt far into the future as he was instrumental in opening a new second stage in 2017, Weston Playhouse at Walker Farm, an incubator for the arts and a hub for community engagement.

Over the course of his tenure, Malcolm directed many memorable productions and audience
favorites including: The Music Man, Guys and Dolls, To Kill A Mockingbird, Chicago, The Oath, The Threepenny Opera, Doubt, Urinetown, The Drawer Boy, The Full Monty, Ragtime, Stones in his Pockets, and Of Mice and Men. Last year, his production of Fun Home opened the inaugural summer season at Weston Playhouse at Walker Farm.

Actors fondly remember his iconic “red tech hat” which came to symbolize his approach to the arduous 12-hour technical rehearsals. “Remember,” he would say, “It’s called a play for a reason. Have fun and tell the story. Malcolm has also been a member of the Steppenwolf Theatre family since 1987, receiving an invitation into Steppenwolf Ensemble in March 2019, the first Stage Manager to be asked to join the company. During his 32 years there, he stage managed more than 40 shows and took four productions to Broadway, including the recent Tony Award winning production of Edward Albee’s “Who’s Afraid of Virginia Woolf?”

He was the 2014 recipient of the Robert Christen Award for Technical Collaboration presented by the Michael Merritt Awards and in 2018, he received the Del Hughes Award for lifetime achievement in stage management given by the Stage Manager’s Association of the United States.

A lifetime advocate for actors and stage managers’ equitable treatment in the workplace,
Malcolm was proud to serve on the Council of Actors’ Equity Association, diligently fighting for the rights of his fellow union members. Malcolm was also a proud, long-serving board member for Season of Concern, and helped many theatres raise money over the course of his career.He previously served on the board of The Actors Fund. His wonderful spirit will be missed by so many.

In addition to his theater family, Malcolm is survived by his brother William Ewen, sister Camilla Durbin and five nephews and nieces. 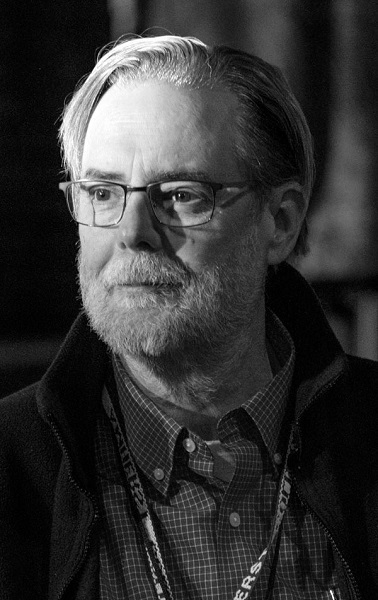 Weston will be dedicating this, its 83rd Season, to Malcolm and honoring him with a memorial in Weston later this summer. Arrangements are being made and will be announced shortly.