Hanover, New Hampshire -- Allen Martin, age 81, died peacefully surrounded by the enduring love of his wife, Bonnie, on 19 June 2019 in Windsor, Vermont after a long, distinguished and productive life.

Allen was born in Manchester, Connecticut on August 12, 1937, the eldest child of Richard Martin and Ruth Palmer Smith Martin, both of whom predeceased him.

Upon graduation from Williams, Allen received a scholarship to attend Oxford University in Oxford, England. He graduated from Oxford in 1962 with a first class honours degree in Philosophy, Politics and Economics (PP&E). While at Oxford, Allen played on the Oxford University lacrosse team that beat Cambridge 8 to 4 in 1961.

Upon graduation, Allen moved to St. Johnsbury, Vermont and began a yearlong clerkship with The Honorable Sterry R. Waterman, then a judge on the United States Court of Appeals for the Second Circuit, located in New York City.

Allen then practiced law at Foley Hoag and Eliot in Boston for several years.

Allen returned to St. Johnsbury in 1969 to join a small two- person St. Johnsbury law firm, which eventually became DownsRachlinMartin, now the largest law firm in Vermont with more than 70 attorneys and legal professionals, with offices in Burlington, Montpelier, Brattleboro and St. Johnsbury, as well as Lebanon, New Hampshire. Allen moved his law practice to the firm’s Burlington office in 1980 and practiced law with DownsRachlinMartin for 33 years before retiring at the end of 2002. During that time, he specialized in public utility law, mergers and acquisitions law and eventually, health care law.

Upon his retirement, Allen moved to Six Chimneys in Orford, New Hampshire, where he and his wife, Bonnie, shared many happy times with family and friends during his retirement years.

Allen also served as a trustee at Vermont Law School for four years and as a director of the Vermont Film Commission during the 1990s.

He was a tremendously kind, generous, smart, caring, curious and fun loving man and his light will live on in the hearts of all who loved him forever.

In lieu of flowers, to any so inclined, it would please Allen so very much if contributions were made to the Martin-Wilson Fellowship Fund at Williams College, in support of Williams students attending Worcester College, Oxford University, in care of the Office of Planned Giving, 75 Park Street, Williamstown, MA 02167.

He survived by his beloved wife of 40 years, Bonnie Reid Martin, of Hanover, New Hampshire; his son, Samuel Bates Martin, and his wife, Drayton, of Manchester-by-the-Sea, Massachusetts, and their children, Allen and Peter; his sister, Katherine Martin Widmer, of Somerville, Massachusetts ;grandson ,Patrick Bowe, of Pelham, New York ;brother-in-law, Claudio Marzollo of Cold Spring, New York and nephews Rick Widmer and Daniel and David Marzollo. He was predeceased by his daughter, Elizabeth Martin Bowe of New Rochelle, New York and his sister, Jean Marzollo of Cold Spring, New York. 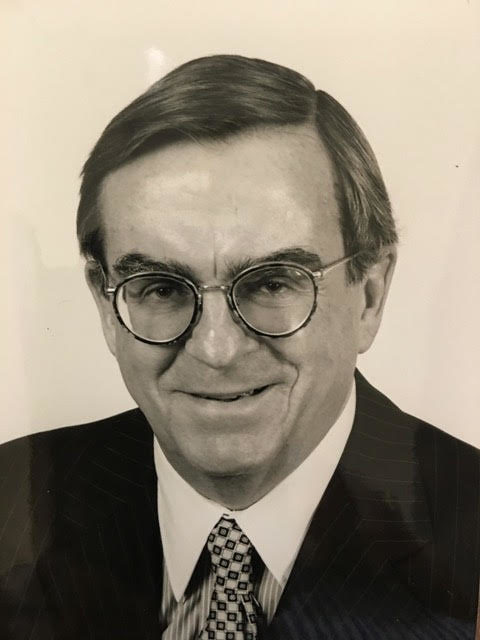 A memorial service and celebration of a life well lived will be held at the North Congregational Church in St. Johnsbury, Vermont on 21 July 2019 at 2:30 with a private burial to occur at a later date.