Tim was born on June 29, 1944, in Burlington to Robert and Frances (Emmons) Carver, the second of ten children.

He grew up in Burlington, learning carpentry by helping his grandfather build an addition on the house to accommodate more brothers and sisters, and started work in the produce department at Grand Union at the age of 14. He would bring home produce that was set to be thrown out, and his mother would turn it into a great meal for the family.

After leaving the service, he moved to Massachusetts to start work for the Associated Press, launching a career as a teletype repair technician that sent him to newsrooms all over New England when those crucial machines broke down. At the same time, he convinced multiple banks to loan him the money to buy a run-down apartment building in Brookline, which he repaired and fixed up floor by floor, on his own. While working on the building he met the love of his life, Anne Marie Menton, and after he sold the building they were married on Dec. 1, 1973. He adored and trusted her above all and called her his Bride for all 45 years of their marriage.

They used the apartment house proceeds to buy a farm on Casavant Road in East Montpelier.

While working for the AP, Tim and Anne Marie grew the farm into the Carver Family Tree Farm, growing and selling Christmas trees that he planted from seeds, shipping them all over the States and as far away as Saudi Arabia. The heart of the operation was the Choose and Cut, which allowed Tim to strike up conversation with any and all customers, give tractor rides and make jokes.

Tim never bought something when he could piece it together out of scrap, junk cars and a welder. He built a sawmill out of junk machinery, and made a flatbed truck for the tree farm out of a school bus bought used at auction.

Tim was a great road trip partner, in part because he could talk up a storm, and in part because things seemed to just happen to him. That was the flip side to his mechanical ingenuity: the contraptions would break down, with often hilarious results, and Tim would make new friends and acquaintances through digging his way out of his mishaps.

He could take a nap anywhere - favorite spots included lawns, benches, under the Thanksgiving table and at graduations.

Tim ran many times for political office at the town level, and supported conservative candidates from top to bottom of the ticket. But more than politics, he was concerned that the little guy had a fair shot, and was ready to lend a hand to anyone in need, from digging a new septic system for a neighbor, getting hay in the barn, or finding a used golf cart for Harry Morse when he had trouble getting around the farm. His daughters always knew they were loved. They knew that they could pick up the phone and call, and he’d drop everything to show up at their door with a suitcase full of power tools and his Carver Family Tree Farm hat, ready to troubleshoot. His grandchildren were one of the lights of his life and he spent many hours looking for heavy machinery to admire in action, wildlife to learn from and for any reason at all to drive to Rutland to spend time with them.

He is survived by his beloved Bride, Anne Marie; by his daughters, Colleen Mitchell and her husband Rob of Rutland, Barbara and her partner Russel of Sartell, Minnesota, and Emily and her fiancée Jason Ludwig of Rockland, Maine; by his grandchildren, Calvin, Oliver and Willow Mitchell of Rutland and his step grandson Noah Ludwig of Rockland, Maine; by siblings Mary O’Donnell of Plymouth, Mass., Margaret Carver of Burlington, Vermont, Patrick Carver of Saigon, Vietnam, Michael Carver of Elmore, Vermont, Matthew Carver, of Denver, Colo., Nancy Carver, of Denver Colo., and Thomas Carver, of Largo Florida; sisters-in-law Patricia Parks of Stoughton, Mass. and Carol Menton of Brookline, Mass., and many cousins, nieces, nephews and dear friends.

He was predeceased by his parents, his brothers Bobby and Dennis, and an infant son, Christopher. 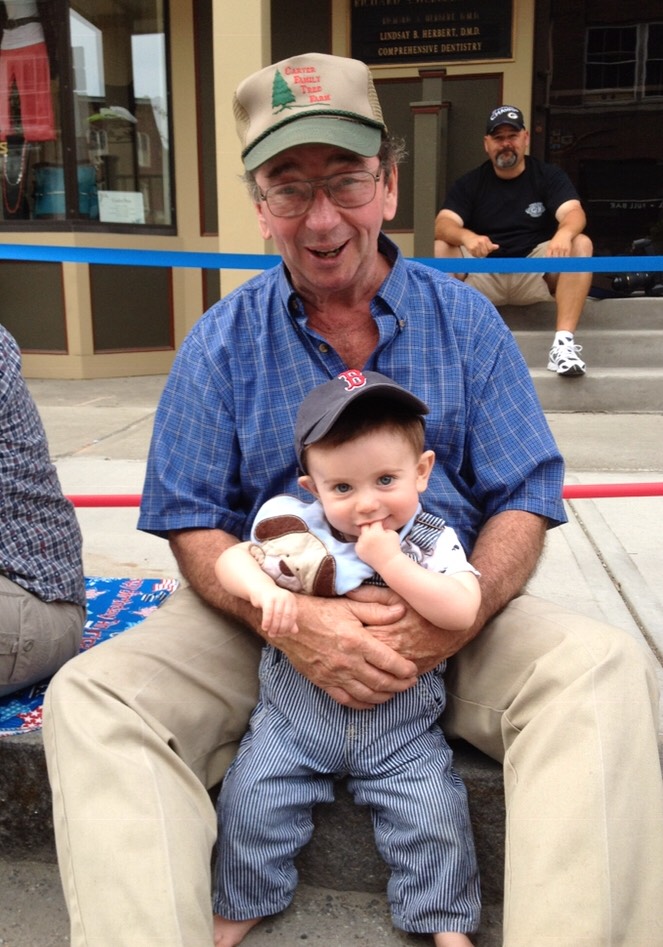 Special thanks to the incredible care givers who showed him so much love—our family can never than you enough. Calling hours will be held at Guare and Sons Funeral Home in Montpelier on Thursday, July 25 from 6-8 p.m. and a service at St. Augustine’s Catholic church on Friday, July 26 at 10:30 a.m. Donations in Timmy’s memory can be made to Central Vermont Home Health and Hospice.