Charles (Charlie) Edward Wiley died on Sunday July 28, 2019 at Westview Meadows in Montpelier, VT at the age of 89, just shy of his 90th birthday.

Charlie was born in Rutland, VT on September 19, 1929 to Clarence and Celia (Ritchie) Wiley. His youth was spent living between Porter St. in Rutland, on the flats in the North Clarendon, the home of his mother’s family, and at Tip Top Inn on Crown Point Rd. in Shrewsbury.  The Inn had been his father’s family farm until 1937 when his parents began the seasonal Inn.

He graduated from Rutland High School in 1947 and from the University of Vermont in 1952. At UVM, he enrolled in the ROTC program and was commissioned in the U.S. Army as a 1st Lieutenant upon graduation.  Before his honorable discharge in 1955 he was stationed in France during the Korean Conflict.

Charlie worked in Real Estate in Montpelier for over 35 years, starting at Century 21 and later joining Heney Realty.  He retired in 2007. His business career had a sales and hospitality theme; starting with Tip Top Inn, later with Burroughs Corp for 15 years in regional sales of business storage systems and office equipment in VT and NH, to Assistant Secretary of the Agency of Development and Community Affairs under Governors Phil Hoff and Deane C. Davis. He was part of the creation and management of the Vermont Pavilion at the Montreal Expo 1967 World’s Fair, to promote tourism in Vermont.

For 46 years, Charlie served on the Board of Trustees for the Gary (Home) Residence actively involved in the care of senior women residents and was one of the creators and founders of Westview Meadows, an Independent and Residential Care Community, in Montpelier.

He was involved with economic development through the Vermont Industrial Financing Arm and early efforts of affordable housing.

Charlie was a member of the Montpelier Kiwanis Club, Bethany Church, Montpelier Senior Center, Trinity Methodist Food Pantry, was an AARP instructor for the Driver Safety Program for six years, served on the Montpelier Board of Adjustment overseeing zoning for eight years, and the Montpelier Cemetery Commission for ten years. He was awarded Citizen of the Year in 2012.

He was a vital part of the Montpelier community and will be remembered for his commitment to Montpelier, his sense of humor, and outgoing personality.

Those wishing to make a memorial contribution may do so to: Westview Meadows and The Gary Residence in care of O.M. Fisher Home, Inc. 149 Main St, Montpelier, 05602. Or, to the Montpelier Kiwanis Club P.O. Box 741 Montpelier, 05601 .

Those wishing to make condolences online may do so at www.guareandsons.com.

Charlie married Carolyne (Eaton) Wiley on February 24, 1952 and remained a devoted husband until her death in 2014.  They had one daughter, Dana McCarthy, and two grandchildren. Kerry, and her partner Sarah with great-grandson Kiernan, of Berlin, VT; grandson, Collin and his wife Mary of Boston, Mass. 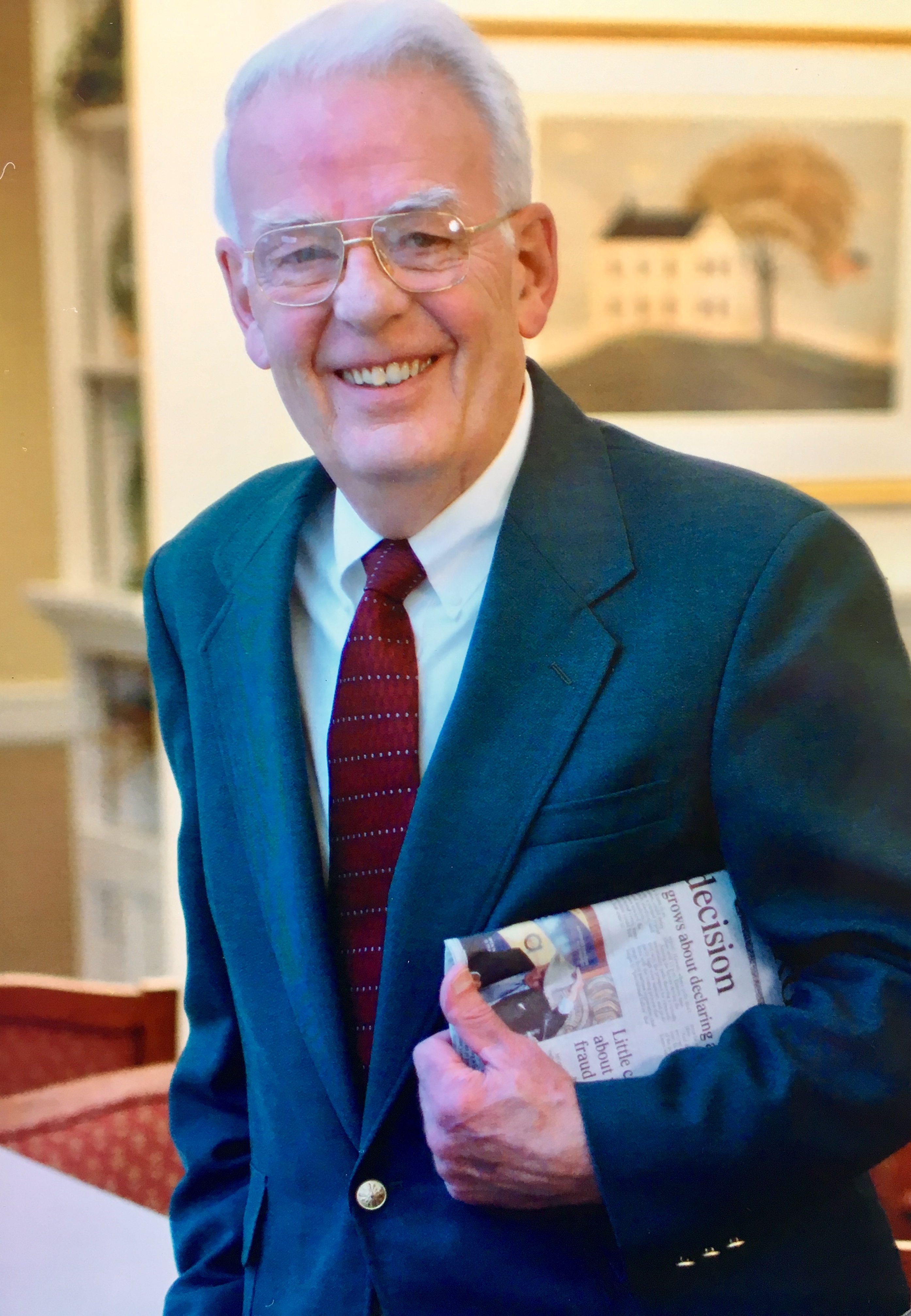 Calling hours will be at Guare & Sons Funeral Home (30 School St, Montpelier) from 6-8 pm on Friday, August 2. A memorial service will be held at Bethany United Church in Montpelier at 11 am on Saturday, August 3.