Over the years, Frank has owned a variety of animals; from massive horses to tiny kissing parakeets and everything in between. He certainly was devoted to all of them.

Previously, he co-owned the once popular eatery and bar known as "Gillies." He has remained friends with many patrons since its closing.

After his retirement, Frank discovered that he had inherited the same "green thumb" that his father once had. He started many plants from seeds that he had saved and dried from vegetables he had eaten. He would start them off in small peat pots, under grow lights. Then he would transfer them into larger containers as they grew. Eventually, they were enormous. He freely shared the bounty with his friends and family. He shared pictures of the many things he had harvested for everyone to see. He was quite proud each time.

Frank helped many people. He cared and loved them and only wanted the same in return. Frank was a Good Man. A Good Brother, and a Good Friend to many. He was the kind of guy who would not hesitate to give you the shirt off his back. He was loved by many and will be missed deeply.

Frank was born at the Brattleboro Memorial Hospital to Benjamin Bell Sr. and Frances (Rowe) Bell. He was the second born of six brothers, whom all survive. They include Benjamin D. Bell (Tammi) of Guilford, Alexander D. Bell and his significant other Amy Hoyt of Guilford, Graham E. Bell (Kelley) of Hendersonville, NC, Justin E. Bell of Jacksonville, FL and Scott Bell (Crystal) of Rutland, VT.  Frank never had any children of his own, yet assisted in the upbringing and provided a positive influence to many young people. Also surviving are many Aunts, Uncles, Nieces, Nephews, Cousins and his former wife and long time friend, Leona Holcomb. Frank is also survived by his Special FurBaby, "Shaggy" who he loved dearly. 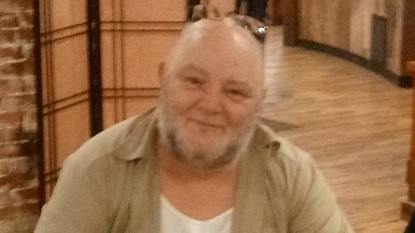 A Memorial Service is being planned for Frank, on Saturday August 31, 2019 at 11:00 am. It is being held at the Community Bible Chapel on Atwood Street in Brattleboro, VT (Behind the High School) with Pastor Matt Miller officiating.

In lieu of flowers, you can make donations to the "Franklin Bell Memorial Fund" at Brattleboro Savings and Loan.