The laughter will echo and the memories will live on, but we will always mourn the loss on August 14, 2019, of our husband, father and friend Isidore Abraham Truman.

He thought that “Iz was” would be a nice way to be remembered. And Iz certainly was a truly kind, sweet soul, who, at 91 years of age was as loving, witty and imaginative as ever. He was a steady source of quips, puns and a legacy of dad jokes. Isidore was a creative writer by nature and trade. He put the “life” into life insurance, making readable hundreds of communications and outreach materials over the years at National Life of Vermont, Mutual of New York, and others.

After retirement he moved to California. His office was filled with life stories and fictional tales – including a series on the exploits of his beloved cat, Miss Marple: Ace Feline Detective – written for family, his grandchildren and his weekly writers’ group. Iz was a regular contributor and past editor for The Villages’ community paper where he lived in San Jose.

Born in 1928, Iz was a first generation American. His family emigrated to the U.S. from Eastern Europe, and was welcomed to this country in the years before World War I. The youngest of four by a decade, he was raised in the Bronx, was doted on by his mother, and totally did not enjoy growing up wearing knickers. He could tell you every model and year of car just by a glance at its design, and he made friends in kindergarten that he had through the end of his life.

Army Corporal Isidore Truman was a decorated veteran of the Korean War, serving as part of an intelligence unit charged with the advance scouting of territory for establishing outposts. He readily admitted preferring leave in Japan with his pals to the days spent pondering the risks that may have been over the next hill. The war gave this Bronx boy a global perspective, and an appreciation for cultures and beliefs other than his own. An occasional curmudgeon, Iz never lost his “live and let live” attitude. He bore no one ill will.

During one of his weekly poker nights, a friend mentioned he knew a nice girl Iz might enjoy meeting (spoiler alert: he did). Soon after they became engaged, their mothers realized they had already met. His parents owned a bungalow campground in the Catskills, where one summer a pre-teen Janet Kane and her family stayed. Iz and Janet married in September 1960, 10 months after they first dated. For nearly 59 years they held hands every day and kissed goodnight each evening and upon waking.

Together they raised four children in New York, New Jersey, and later, in Vermont. Post-retirement they moved to California – leaving winter far behind. While the end came too soon, we all were able to be or speak with him before he passed. A gift we will always treasure.

Isidore Truman had a mischievous sparkle in his eye and a knack for making you smile. Iz was - and is - profoundly loved.

Donations in his name may be made to a charity or cause whose work benefits those who could use the kindness of strangers.

Isidore is survived by his wife Janet, and by his children Ben (Jennifer Wallace-Brodeur), Robert (Kirsten), Andrea and Jennifer. He enjoyed every moment with his eight beloved grandchildren, and will be deeply missed by his extended family across the country, friends that spanned his lifetime, and Latka, his constant feline companion. Iz was predeceased by his parents Jacob and Ida, his brothers Louis and Simon, and sister Celia. 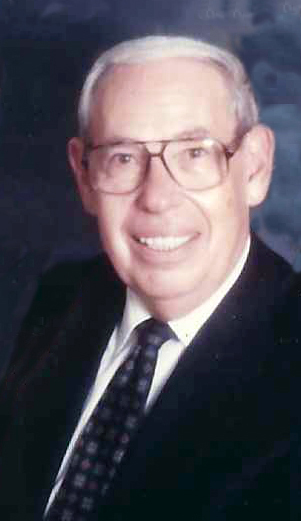 Iz will be buried at Lakeview Cemetery in Burlington, Vermont on September 6 at 1:00 p.m.