Peter Wagner, 76, passed away at home in Shelburne, VT on November 21, 2019.  He was born February 28, 1943 in Pirmasens, Germany to Heinrich Wagner and Emmy Ruth Schaefer, both of Pirmasens, who predeceased him.

Peter attended Berkeley College, Lyndon State College (where he later taught), and obtained a Masters in English at UVM.

He was an early puppeteer — a garbage man — with Bread and Puppet Theater. He was an early founder of the Vermont Progressive Party and of the Hunger Mountain Co-op.  He was also a published poet, writer and editor and peace activist.

Peter moved to Vermont as a young man with his parents in the early 1960s, of a generation of those who found in Vermont their true adopted home. He had a deep love for these Green Mountains and found solace and inspiration amongst old time Vermonters, whose ways, lives and values offered him comfort and always spoke to him deeply.

Peter was committed lifelong to working on issues of peace, pacifism, equality, human rights and environmental, economic, social, gender and racial justice, but more than that, his guiding belief was that people as individuals and equals had the capacity to work out any issue through thoughtful, respectful discussion, often aided by an exploration of the issue through writing, art, theater, comedy, music and even science.

Peter was a lifelong amateur astronomer and physicist and was fascinated by the beauty of mathematics.  In addition to quantum mechanics, string theory and the theory of everything, he had a particular interest in physical cosmology, a branch of astronomy concerned with the structures and dynamics of the universe and with fundamental questions about its origin, evolution and ultimate fate.

Over the course of 25 years, Peter built entirely by hand, a home for himself and Marian on a mountain top in Barnet, where he also worked for many years as a paraprofessional educator in the Barnet schools.

Peter’s interest in people and community kept him busy in retirement volunteering in the communities of the Northeast Kingdom, where he and Marian had lived for 53 years.

Donations may be made to Northwoods Stewardship Center in memory of Peter’s years as one of Vermont’s historic fire tower rangers atop Gore Mountain in the Northeast Kingdom or to the Vermont Autism Task Force in memory of his long professional capacity serving children with ASD.

His wife of 55 years, Marian Marie Ramsden, of Oceanside, Long Island survives him. 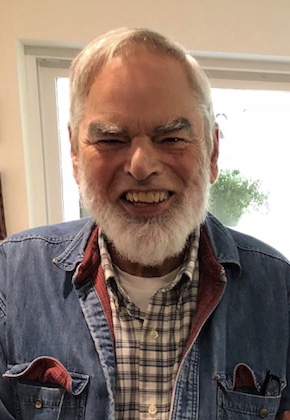 Services will be announced at a later date.