Dr. Richard “Dick” Heilman, of Burlington and South Hero Vermont, passed away on February 7, 2020 in the UVM Medical Center, where he worked for thirty-three years. He was just shy of his 86th birthday.

Dick grew up in suburban Philadelphia, attending Friends Central School with his older sister, Binny. In his early years, he spent summers with his grandparents at Barnegat Bay, on the Jersey Shore, sailing and spending whole days on his own, exploring the shoreline. These were some of his favorite memories.

He graduated from Amherst College in 1955, then attended medical school at the University of Pennsylvania. During college and med school summers he worked at the Marine Biological Lab (MBL) in Woods Hole, MA. He sailed on the Vineyard Sound with his MBL friends, many of whom remained friends for life.

For two years between medical school and residency, Dick served in the Navy as a physician aboard the USS Arneb, on a marine expedition to the South Pole. That experience sparked a lifelong interest in Antarctic exploration, and Dick became a resident expert on the likes of Roald Amundsen and Ernest Shackleton, naming his second daughter after Robert Falcon Scott. He was famous for giving very long slide shows of his travels there.

Dick came to Vermont in the late sixties for his residency in Radiology at the Mary Fletcher Hospital. He studied under department chair, Dr. Bradley Soule, who became a mentor and friend. Dr. Soule took the residents to historic places around the state, adventures that often ended with beers at his house on the lake.

While doing his third-year residency at Boston Children’s Hospital, he met Barbara Davis, who was working as an editor at Ginn and Co. Later he liked to say that he spent his entire month’s salary taking her out for dinner on their first date. In 1968, they were married and moved to Vermont. They had two daughters, Melissa and Erica, and thus began Dick’s life as a father. They spent a lot of time together as a family, on walks, on boats, at the dinner table, and working in the yard.

Dick never left Burlington. Vermont suited him. He served at the University of Vermont Medical Center from 1968-2001, as a gastrointestinal radiologist and a teacher at the medical school. A colleague says, ‘Dick Heilman’s seen every colon in Vermont.’ For twenty-five years, Dick authored the “Practice Corner” editorial for the journal Radiographics, where he shared his insights about medicine and radiology practice. He also served on the boards of the United Way, the Champlain Valley Area Agency on Aging, the South Hero Land Trust, and the Lake Champlain Land Trust.

Dick ran thirty-five marathons, including seven in Boston. He started windsurfing in his mid-fifties. He brewed beer, played tennis, and when he turned fifty, he decided he wanted to fly so he bought an ultralight. Thankfully, his next-door neighbor talked him out of it. Dick knew something about everything and was curious about everyone. He was captivating to his daughters’ dates, who often preferred staying home to hang out with him.

Dick and Barbara retired to downtown Burlington. For Dick this meant easy access to new friends in his condo community as well as to colleagues at the hospital, the UVM gym, Tuesday breakfasts at The Spot with the Geezers, and regular visits with the grandkids.

Perhaps his favorite hobby was caring for their summer camp in South Hero, which he discovered while skiing along the lakeshore with friends during his residency. For over sixty years, Dick worked on the property from late spring well into fall. He loved to watch the activity on the lake, to check the barometer, to concoct new ways of getting the dock in and out of the water over the rocky beach. He loved to rescue boats in trouble.

The Heilmans lived together at camp from the day school let out until Labor Day. Today, this is the place the family loves best.

Dick leaves behind his wife Barbara, residing in Burlington, daughter Erica Heilman and her son Henry, from East Calais, VT, Melissa and Jeff Burroughs, from Newcastle, Maine, and their children Jeb, Andrew, and Eliza, and his brother-in-law, Clifford LaFontaine, from Yonkers, NY. 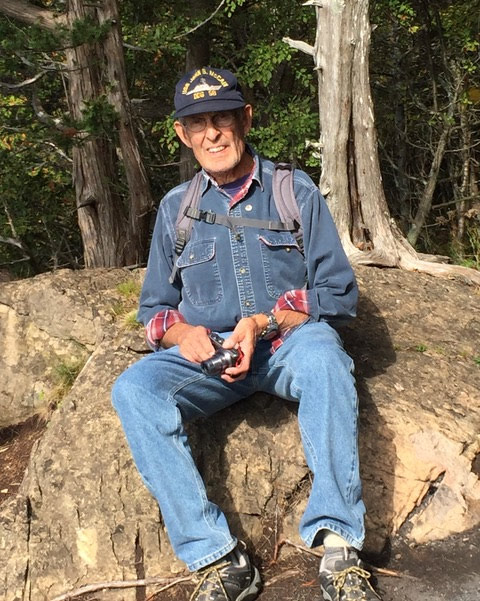 There will be a celebration of Dick’s life on March 7th at the Film House at Main Street Landing in Burlington at 4:00.  The family would like to thank the nursing staff on the cardiac unit at the University of Vermont Medical Center for the excellent care they received at the end of Dick’s life.

In lieu of flowers, you are welcome to make a donation in Dick’s memory to Kids on the Ball, an award-winning tennis and mentoring program founded by Jake Agna or to a non-profit of your choice.

Kids on the Ball