Janice A. Cadwell was born in Brooklyn, NY in 1934 and raised in Queens. The daughter of Alfred & Louise Behrman, Jan attended P.S. 134 and graduated from Andrew Jackson High School in 1952, earning the class title “Most Flirtatious.” Jan became an RN after attending Flower Fifth Avenue School of Nursing and lived in Manhattan with a friend from Queens, Andrea Madell, when she met Bill Cadwell, another tenant in their building. As Bill later wrote in a 40th anniversary poem for Jan, she knocked on his door with “unshod feet” after locking herself out of the apartment she and Andrea shared. Bill fell hard for Jan that day, “like two thousand pounds of bricks,” he wrote. They married in 1959, and a year later, Andrea married Bill’s roommate, Mike Rosen. The two couples shared an enduring friendship that served as a foundation for a close network of friends that Jan nurtured for more than 5 decades.

In 1960, Jan gave birth to their oldest daughter, Andrea Louise. Bill took a job in Boston, so the young family moved from Manhattan to Belmont, MA and rented an apartment in a duplex. Not surprising to those who knew her, Jan developed a friendship with their landlords, Marylin & Wilson Snow. The Snows remained good friends with Jan and Bill after they moved to their first home in West Newton, which unlike Belmont, was not a dry town. It was the Snows who introduced Jan to Wells, Maine where she and Bill bought a home along Moody Beach in 1975. After that, Jan spent every summer at the “Happy Days” on Moody Beach and hosted countless lobster & clam dinners, birthday & graduation parties, bonfires, and most importantly, the infamous grape-throwing contest with made-up rules.

Jan was one-of-a-kind. She loved the ocean and enjoyed sailing, but she hated to exercise and break a sweat on purpose. Jan was a daily napper, a voracious reader of books that she borrowed from her local library, and an expert on potatoes. She had a memory for color and could match paint to upholstery without swatches. While living in Newton Corner, Jan and Bill were Boston Symphony season ticket holders and supported the Boston Pops, but Jan could never keep a straight face during a live opera performance if their friend Mike Rosen was with them. Jan’s first-meeting interviews were legendary and no one was exempt from them. During these “interviews” Jan would inevitably find some connection between the person she was meeting and someone she knew– or someone who was related to someone she knew- like the time Jan connected the sister of her son’s future mother-in-law with the mother of her second child’s elementary school best friend (Jan figured out that they were college roommates). Having grown up with modest means as the daughter of a firefighter and homemaker, Jan learned to be frugal, but she was not cheap. Among the best compliments you could earn from Jan was that you were an “excellent shopper.” And though Jan’s driving never hurt anyone, she should never have been issued a driver’s license; Jan was like Mr. Magoo behind the wheel and so terrified her son-in-law once that he never drove with her again.

Jan retired from nursing but never stopped acting as a caretaker. Jan cared for a dear friend’s teen during a bout with mono one summer, and temporarily moved to New Jersey to support and advocate for her brother’s oldest child while she underwent treatment for leukemia. After her mother-in-law’s cancer diagnosis, Jan flew back and forth from Boston to Detroit to help care for her, and eventually built a room for her in the Happy Days so that Eva could enjoy one last summer by the ocean. It’s estimated that at least half a dozen people would call Jan their “second mom.”

Jan’s place was where everyone felt welcome and safe. And well fed. She was a great cook and always had her guests favorites on hand when they visited. Cocktail hour at Jan and Bill’s began promptly at 5pm, and Jan would serve dinner whenever cocktail hour ended, which during the summer months at Moody Beach was typically 9pm. In her later years, Jan betrayed her NY roots and became a committed Red Sox fan. 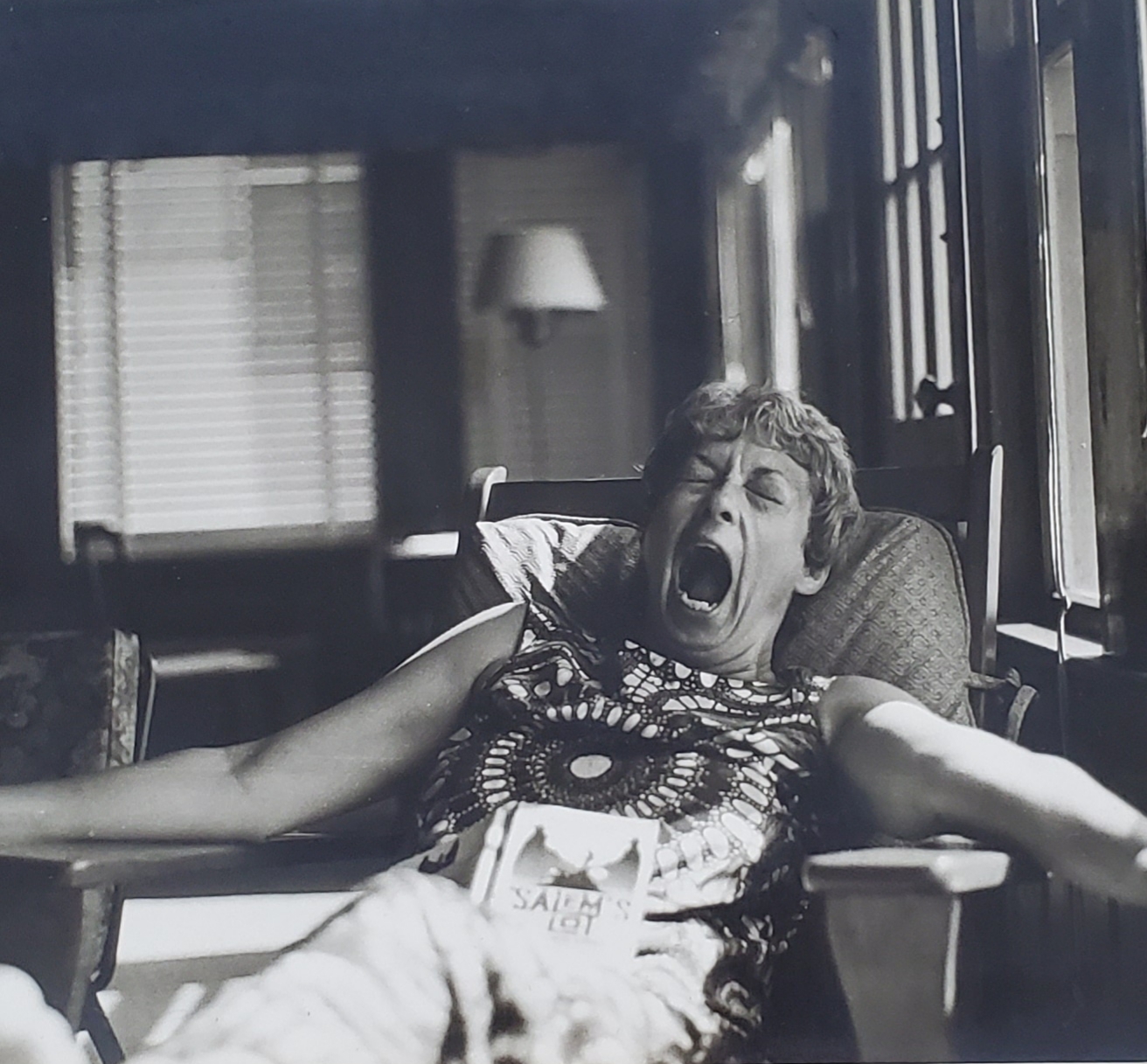