Born June 7, 1958, in Barre, Ray made an everlasting impact with his selflessness, kindness, patience and integrity. He was the son of Armand and Rita (Brule) Routhier and graduated from Spaulding High School in 1976. Ray was raised with solid core values and spent his formative yearsworking on the family farm. Toiling the land and milking his cows from sunrise to sunset reinforced Ray’s hallmark work ethic and rock-solid values. He never forgot his farmer roots.

Ray married Yvette Bellavance in 1979 and eventually transitioned out of farming to work for Bellavance Trucking. He spent 30 years there up until his death – where he played an important role in helping the company expand and become a “trucking family.” Taking particular interest in the lives of his employees, Ray gained tremendous joy from helping Bellavance cultivate its future generations of management - a legacy that will remain for decades to come.

Ray’s finest moments were spent with his wife of 40 years, beloved family and friends from all walks of life. As a husband, he cherished Yvette,where they spent time RVing, motorcycling, vacationing, establishing a life in Florida and raising their two children. As a father, he was a constant source of inspiration, always focused on instilling the right morals and never too far away to lend a helping hand. As a grandfather, affectionately known as “Pepe,” he absolutely adored his four grandchildren, who idolized him and were always eagerly anticipating their next experiences together.

A true renaissance man, Ray had many interests. He could just as easily adapt to a hunting trip in the rugged woods of Maine as he could to a long motorcycle excursion with his Barre friends or a bicycle ride with his son and son-in-law (Ray thoroughly enjoyed flying past them on his electric bike!). One could constantly see him puttering around his homes in Barre and Florida, and he even became a semi-professional handyman of sorts for his kids. Odd jobs were Ray’s forte; he tackled them with enthusiasmand always asked what’s next.

Forever the avid outdoorsman, Ray hunted the woods of New England, Canada and Texas every chance he had. His trophy room of mounted whitetail deer and other miscellaneous wildlife was a sight to behold, especially for his curious grandkids. Camouflage most certainly ran through his veins and the many close friends he roamed the wilderness with.

Ray was predeceased by his parents, Armand and Rita, and father-in-law Joseph Bellavance. Survivors include his wife, Yvette, of Barre and Florida; children Bradley R. Routhier, his wife, Julie, and their children Connor, Austin and Brianne, and Chantelle (Routhier) Lash, her husband, Matthew, and their daughter, Aviva Rae, all of Massachusetts.; sisters, Debra Routhier and her spouse, LennyLee Bennett, and Joanne (Routhier) Suchey and her husband, David, all of Florida; mother-in-law Lorraine Bellavance; brother-in-laws Roland Bellavance and his wife, Lucinda, and Donald Bellavance and his wife, Carla, all of Barre;  sister-in-law Mary (Bellavance) Rubalcaba and her husband, Gary, of Woodbury; and many aunts, uncles, nieces, nephews, special extended family members and dear friends. 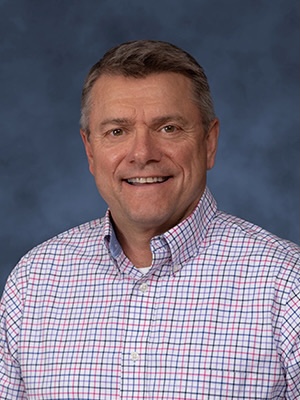 Calling hours will be Friday, Feb. 28, from 4 p.m. to 7 p.m. at Pruneau-Polli Funeral Home of Barre.   A celebration of Ray’s life will happen on Saturday, Feb. 29, at 11:30 a.m., at St. Monica’s Church in Barre, followed by a remembrance reception at the Barre Elks Lodge. In lieu of flowers, donations can be made to a charity of your choice in memory of Ray. A burial will take place in June.  The Pruneau-Polli Funeral Home of Barre is handling arrangements.