Patriotic, tell it like it is, with a smart ass remark and a smirk on his face is who Ashley Byron Madden was. His imposing stature as a man, even a man in his 90s, his firm grasp of a handshake confirmed the strength he still possessed. He was never seen without his notebook and pen in his pocket for those thoughts that popped into his head. Always on a mission to help someone out seemed to be his purpose. On April 19, 2020, with Beverly, his loving wife of 45 years, and his daughter holding his hand, he passed away.

Ashley was born on May 27, 1928, the son of the late Byron and Mabel Rebecca Madden of Greenfield, Maine. He attended school in Greenfield, Maine in his younger years and then two years of high school while living and working on a farm for room and board while attended the Higgins Classical School. His love for the woods brought him to his first job as a woodsman. Ashley was a great hunter and at the young age of 15 he became a Maine guide. You couldn’t be around Ash long and not hear one or many of his hunting stories. He had lifelong friendships with the men of the woods.

The pride of his life, his son, Dwight Jean Madden was born in 1946. In 1950, Ashley moved to Connecticut where he worked for Fafnir Bearing until entering the U.S. Army in 1953 during the Korean War. He was stationed in Germany as a Corporal. This is when Ash’s passion for German beer steins began. His goal was to collect one for each year of his life and luckily he passed the 92 mark many years ago. He always wondered about their value and wanted all of us to know they were worth something.

When Ashley completed his service to his country, he returned to Maine where he started The Greenfield Pulp & Log Inc. His business thrived and he soon become a leading member of the community. It wasn’t long before Ashley was a selectman for Greenfield, then a Constable for the town and later on he was a Deputy Sheriff of Penobscot, Maine. In 1974, his life was blessed when he met Beverly Cleveland and her three children, Butch, Bobby and Donna. When he asked the kids if he could marry their mother he was told NO because he smoked. He then promised never to smoke, and asked if could then marry. He was told NO again, this time because he didn’t have a dog. On December 12, 1974 Ashley and Beverly were married and Daisy the dog was added to their family. He never smoked again. Upon his retirement in 1975 he traveled with his family from Maine to California. As a family they were able to see all 48 continental states. After 3 years living in California, the East coast was calling and Bev’s home town of Morrisville, Vermont is where they settled.

Ashley was member of Puffer United Methodist Church in Morrisville. He was member of the American Legion for 35 years and currently belongs to the Hardwick Post 7. One of Ashley’s greatest accomplishments was in 1986 when he had the vision, organized and drew up the plans for Hyde Park VFW Post 7779. He spent countless hours with the bureaucracy and red tape of Act 250 and managed the funding to get the building complete. On September 19, 1987 the fruition of his determination and tenacity paid off as Post 7779 opened its doors. Ashley was the First Commander. He was a 55-year member of the Veterans of Foreign Wars. He devoted many years to the VFW. He was chosen for the All State Commander Post Award in 1986 - 1987 and 1988-1989. Ash was also appointed National Aide-De-Camp in 1989 and was a life member of Disabled American Veterans.

He is survived by his wife Beverly and those he always referred to as his children, Roger I. Goodhue, Jr. and wife Kelly of Middle Grove, NY, Robert A. Goodhue of Exeter, Pennsylvania and Donna M. GoodHale and husband Bradley of Rutland, Vermont. Also close to his heart was his grandson Roger I. Goodhue, III, granddaughter Bobbi Bea Fitzgerald and granddaughter Jenna R. Donahue. Great grandchildren Anna, Tomas, Amaya, Kiana, Mariah and Sofia. He is also survived by his dear cousin Fernald and 4 nephews, Steve, Chris, Matt and Forrest.

He was predeceased by his son Dwight Madden, a brother Grandville Madden, his sister Priscilla Costigan, two half sisters Janette Bragdon and Irene Roche and grandson Warren Fitzgerald. 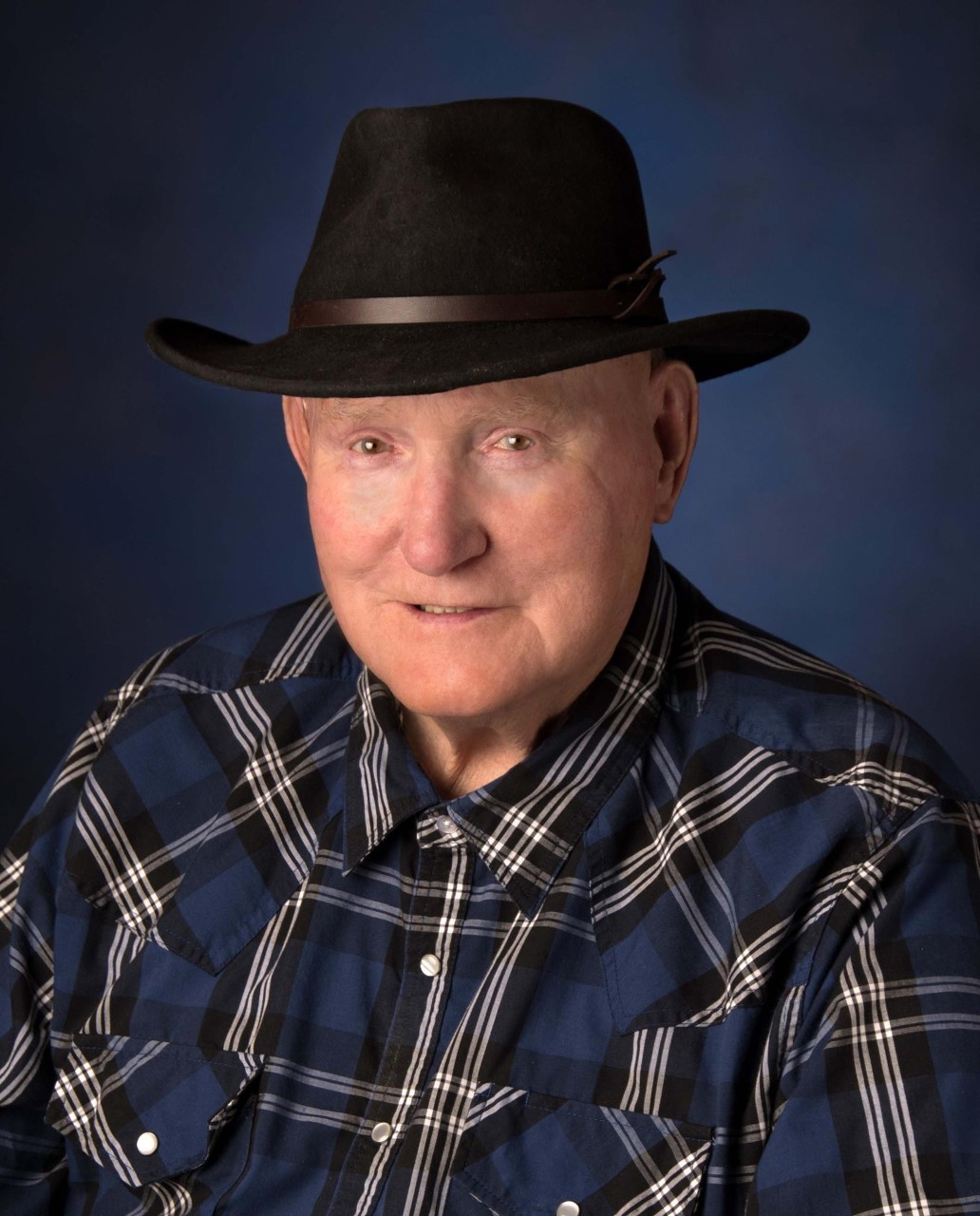 Born in Greenfield, ME

Our family is happy we were able to honor his wishes to remain home in his final days and we know this would not have been possible without the help of Lamoille Home Health Hospice, and particularly his nurse Karen ‘Suss.’ Nothing would make him happier than to honor him with a donation to the Hyde Park VFW Post 7779 mail to: ‪PO Box 237, Hyde Park, VT 05655‬. His celebration will be held at the Post at a later date