Justice Ernest W. Gibson III, of Montpelier VT, died peacefully of natural causes on May 17, 2020 at Mayo Rehab and Continuing Care in Northfield at the age of 92.

Ernest had a long history of service to his community, state, and country and will be remembered by all who knew him as intelligent, kind, and humble. He had a wonderful and warm sense of humor.

Ernest was born on September 23, 1927 in Brattleboro, Vermont. He was the first child of Governor Ernest W. Gibson, Jr. and Dorothy Pearl Switzer Gibson. Young Gibson attended elementary school in Brattleboro and graduated from Western High School in Washington, D.C., completing his education at Yale University and Harvard Law School. Soon afterwards he opened a law office in Brattleboro, and served as Windham County State’s Attorney for four years.

In 1960 he flew to Pasadena, California for his wedding to Charlotte Elaine Hungerford, whom he had met while the two were college undergraduates. After returning home with her to Vermont, he represented Brattleboro in the House of Representatives, and served as Chair of the House Judiciary Committee. During his time in the State House, Ernest bonded with ten other new legislators – eight Republicans and three Democrats – who became known as “The Young Turks” and generally supported progressive legislation; the group remained friends throughout their lives.

Ernest moved to Montpelier in 1963 with his growing family to serve as Chairman of the VT Public Service Board. In 1972, he was elected by the Legislature to a Vermont Superior Court Judgeship and served in all 14 counties until 1983, at which time Governor Richard Snelling appointed him an Associate Justice of the Vermont Supreme Court, a position he held until his retirement from the bench in 1997. He especially took pleasure in serving as a mentor to his law clerks and enjoyed the personal relationships he maintained with them throughout the years.

Like his father and two grandfathers before him, Ernest was drawn to military service. Following graduation in 1951, Ernest continued his service in the Army and spent several months overseas as a forward observer in a field artillery unit of the 45th Infantry Division during the Korean War. He completed his assignment in 1953 with the rank of First Lieutenant and two Bronze Stars. When he retired from active service, he joined the Vermont National Guard and two years later he was appointed by General Reginald Cram to serve as Judge Advocate General for the Vermont Brigade, a post he held until he retired from the Guard in 1971 with the rank of Major and twenty years of military service.

A life-long Episcopalian, Ernest was active at St. Michael’s Church in Brattleboro and Christ Church in Montpelier, where he served two terms as Senior Warden. In 1977, he was appointed Chancellor of the Diocese of Vermont, a position he held until 1998. From 1976 to 1994 he served on the national level as a deputy to the Episcopal General Convention.

Always interested in games and sports, Ernest took up bridge and tennis at an early age and played first base on the Supreme Court softball team - the Court Jesters - until his retirement at age seventy. He enjoyed spending time with family, friends, and books, and watching the Boston Red Sox for whom he had new hope every spring.

Looking back, Ernest’s greatest happiness in life has come not from his accomplishments or recognition, but from pride in his family. Ernest was predeceased by his parents, brothers Robert H. Gibson and David A. Gibson, and daughter Mary Cerutti. Ernest is survived by his sister, Grace Newcomer, of Westport Point Massachusetts; his wife of almost 60 years, Charlotte; their daughter Margaret Gibson McCoy of East Montpelier, her husband Patrick and grandsons Jackson and Jacob McCoy; son John Gibson of Watertown Massachusetts; son-in-law Charlie Cerutti of Montpelier and grandchildren Adam and Helen Cerutti; his daughter Mary’s son Evan Frank of South Woodstock VT; and many nieces and nephews and their extended families. 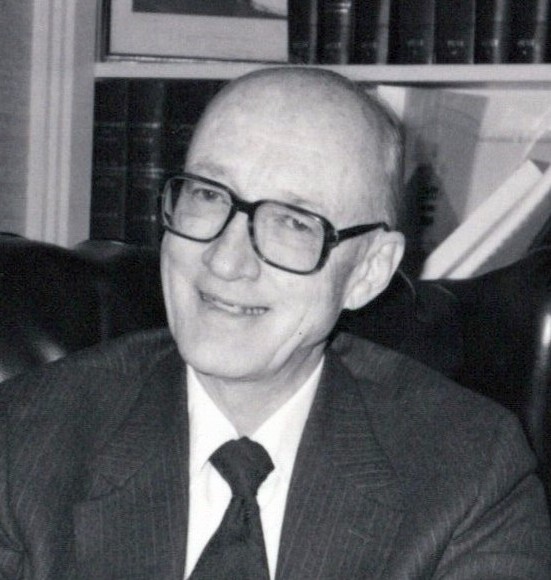 A virtual memorial service for Ernest will be held in June (details to come) and the burial with military honors will take place at Morningside Cemetery in Brattleboro in the fall. The family would like to thank the staff at Mayo Healthcare in Northfield for their wonderful care of Ernest during his last years. Contributions in Ernest’s honor can be made to Mayo at https://mayohc.org/donate/.