Arthur Westing, 91, died peacefully and without warning, resting on a bench with his wife, Carol, after a beautiful hike in the woods near their home at the Wake Robin Continuing Care Community in Shelburne, Vermont on Thursday, April 30th, 2020.

Arthur was born in Brooklyn, New York on July 18, 1928 to Dr. Siegfried W. Westing, M.D. and Paula (Riesenfeld) Westing.  Growing up in Brooklyn, he was a devotee of Scouting for more than eight years, achieving the status of Eagle Scout.  He felt that scouting prepared him for the physical and intellectual challenges he went on to face in his life.  The experience also fed his love of nature and the environment.

Arthur received a B.A. in Botany from Columbia in 1950, and then served in the U.S. Marine Corps during the Korean War, rising to the rank of Captain.  He went on to receive a Masters in Forestry from Yale in 1954 and completed doctoral studies at Yale in 1959 in Plant Physiology and Ecology.

He spent nearly 24 years in academia, teaching at various institutions that included Purdue University, Middlebury College, Hampshire College (where he served as Dean of the School of Natural Sciences), and UMass Amherst.  He came to Windham College (Putney, Vermont) in 1966 as department chair in the biology department.

His international experience was extensive. In his lifetime, he lived in three countries (United States, Sweden, and Norway) and travelled for pleasure to more than 40 others.  He worked for eight years at the Stockholm International Peace Research Institute (SIPRI) and a further two years at the Peace Research Institute Oslo (PRIO).  He directed activities at these two institutes while being funded by the United Nations Environmental Programme (UNEP).  From 1989-2001 he was a visiting professor at universities in Ireland, Austria, Germany, and England.

He travelled twice to Indochina during the Vietnam War (a war that he opposed) to research the effects of chemical warfare agents, such as Agent Orange, on the environment.  He subsequently wrote many articles, reports, and books on this subject.  He was also Director of the American Association for the Advancement of Science Herbicide Assessment Commission (1970-1971).

Arthur and his lifelong friend and colleague Dr. Art Galston performed field investigations, researched, wrote extensively and gave Congressional testimony, ultimately convincing the Ambassador to South Vietnam (Ellsworth Bunker; a Dummerston, Vermont resident and acquaintance of Arthur’s) to order the stop of U.S. herbicidal warfare in Vietnam.  This was a major accomplishment that helped end a horrendous practice of destruction.

Arthur could provide an expert opinion on nearly anything, that is evidenced by his 55-page bibliography of articles.  He wrote passionately about peace and the environment. In 2013, Springer, the world’s largest science and technology publishing house, issued a series of books called “Springer Briefs on Pioneers in Science and Practice.”  The first volume to be published was “Arthur H. Westing: Pioneer on the Environmental Impact of War,” 2013.

The series editor, Hans Gunter Brauch, had known Arthur for more than 30 years and was highly familiar with his work.  Brauch did not hold back when he stated explicitly in his preface that Arthur Westing is "the most important pioneer on the environmental impact of war," and should be regarded "as the father of the modern, continuous interest in the environmental effects of war."

Even after officially retiring, Arthur continued to exert influence in his fields of interest.  He combined his concern over the detrimental effects of warfare with his passion for preserving the natural world in a succesfull effort to create a nature reserve within the demilitarized zone between North and South Korea.  He was also, together with his wife Carol, founding members of the Windham Hill Pinnacle Peak Association, an organisation that has protected in perpetuity over 2,000 acres of land in Southern Vermont.

Arthur’s interests were not only academic.  He and Carol were always out in the natural world, exploring, leading outdoor educational seminars, or clearing trails.  For many years they were volunteer naturalists for the Appalachian Mountain Club Echo Lake Camp within Acadia National Park on Mount Desert Island, Maine, only reluctantly retiring from that position a few years ago.  And, dedicated to seeing the world through hiking, Arthur and Carol traveled with the Ramblers to over 27 destinations from 1999 to 2016.

Arthur will be missed, both personally and through the loss of his vigilance concerning world affairs.  In his memoir, “Incidents/Gripes/Reflections,” privately published in 2019, Arthur lamented the diminishing quality of our ecology and environment:  “But thinking beyond our personal needs for the years left to Carol and me, now presumably provided for adequately, it saddens me ever so deeply to see the natural world become increasingly encroached upon by the unconscionable ever-increasing human numbers---especially so owing to their capacities coupled with so many extinctions of plant and animal species… what a pity it is for us to be leaving to our children and theirs an increasingly less habitable world.”

Memorial contributions may be made to the Windham Hill  Pinnacle Association, https://www.windmillhillpinnacle.org/, or to an organization working for peace or the environment of one’s choosing.  Alternativeluy, Appalachian Mountain Club (https://www.outdoors.org/get-involved/donate); Friends of Acadia (https://friendsofacadia.org/). 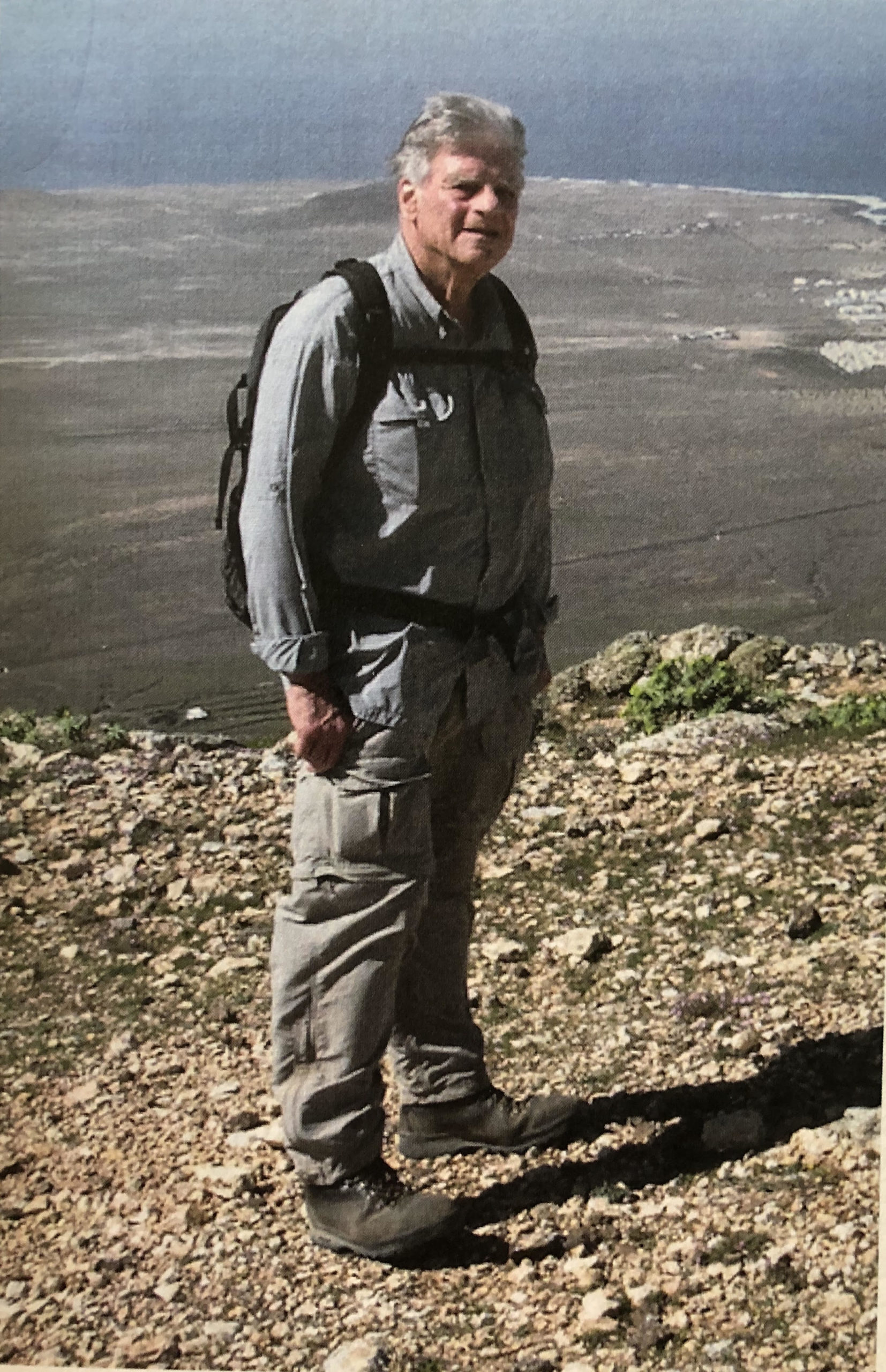