The State of Vermont has lost one of its longest-tenured and best-loved public servants with the death of Otto D. Trautz, who passed away June 4th, 2020, at the UVM Medical Center from complications related to Chronic Lymphocytic Leukemia.

Otto was a 50-year employee for the State of Vermont, serving as the state’s Budget Director for thirty-five years. Most recently, Otto served as Assistant Judge for the Washington County Family Court – a position to which he was appointed by Governor Peter Shumlin in 2016, and to which he was re-elected in 2018. It was Otto’s great privilege to work tirelessly for the people of Vermont, and his enduring aspiration was to act “for the good of the order,” which is also the title of his unpublished memoir.

Otto was born in Queens, New York, on July 18, 1942, to Dr. Otto R. Trautz, a distinguished professor of chemistry at New York University, and Helena Muller Trautz, a nurse. Otto’s parents emigrated to the United States from Germany following the first world war, eager to embrace the many opportunities afforded by America’s melting pot. Otto was raised speaking only German in Larchmont, New York, and he took refuge in books and nature from a young age. Otto was an exceedingly studious youth, and was awarded a scholarship to attend Choate-Rosemary Hall from 1954 -’60. At Choate, Otto excelled academically and came into his own as a leader amongst his peers. He was known for ingenious practical jokes, his bravura in lead theater roles, and for his remarkable command of rock and roll trivia. Late into life, Otto continued to enjoy listening to his “45s” and compiling lists of iconic songs and artists from the early days of rock and roll. Otto would also continue to exercise his theatrical talents throughout his life: not on stage, but in a flair for costumes, improvisational performances at parties, and in masterly toasts, eulogies, and competitive storytelling.

Otto went on to attend Yale University, graduating in 1964. It was at Yale that Otto became interested in classic British sports cars and motorcycles, and he is survived by many stories of weekend trips down the East Coast, barefoot and helmetless on his Norton 500. Otto spent his summers working at the Stone Horse Yacht Club in Harwich Port, Mass., where he forged many lifelong friendships. It was on The Cape that Otto gained his love for sailing and beach combing, and he was known to spend school vacations on the beaches of Long Island or the Outer Cape, sleeping in the dunes and wandering the shoreline with his copy of Walt Whitman’s Leaves of Grass.

Otto attended Harvard University from 1965-‘69, where he pursued a doctorate in sociology. As a graduate student in the department of Social Relations, Otto was mentored by renowned scholar Talcott Parsons, and was appointed resident tutor at Adams House, where he taught many fortunate students. It was in 1967 that he met Margaret Howey, who would become his wife of forty-three years. Memories from their time in Cambridge include a rich social life amongst Harvard literati, attending Woodstock, and several cross-country adventures. While not politically active, Otto and Margaret did embrace the social freedoms of the 1960s, and very much appreciated the back-to-the-land ethos that attracted young people to Vermont. The lure of the north country would prove irresistible, and the couple resolved to leave Cambridge in 1969, choosing Vermont over an academic opportunity for Otto at the University of California.

Otto’s research on parole decision-making brought him to Vermont, where he took a position with the Department of Corrections in 1969. Otto officially left academia in the early 1970s, drawn forward by his calling to “be of use.” Following his work in corrections, which included spearheading new initiatives in juvenile rehabilitation, Otto was appointed to Governor Salmon’s Justice Commission, and, later, to the office of Finance and Management, where he first served as analyst, and then as Budget Director. Otto will be remembered for his creative presentations to legislative committees - sometimes delivered in costume, or, famously, as an extended rap song - as well as his extraordinary attention to detail. Otto was known for managing an air-tight state budget for 35 years under Governors Kunin, Snelling, Dean, Douglas, and Shumlin. Following his retirement from Finance and Management in 2015, Otto took it upon himself to comb the Vermont statutes in search of obsolete boards and commissions. Otto was uniquely literate in the legislative process and the body of statutory publications, and felt strongly that he might contribute his skills to the benefit of the state long after his retirement.

In 1970, Otto was thrilled to discover and purchase a rustic sod-roofed cabin on a Cabot hilltop – a Goddard project inspired by Scandinavian design. Otto and Margaret would spend the next fifty years carving out a homestead on Cabot Plains, an ongoing adventure that included raising goats and horses, growing vegetables, cutting woodland trails, and the construction of further dwellings to accommodate a growing family. Otto and Margaret loved hosting friends and spending happy afternoons tending the land in the summer, and cross-country skiing in the winter.

Otto enjoyed an instant community through his work in state government, and could be found many evenings socializing at the Thrush Tavern, next to his Pavilion office building. Otto and Margaret made many lifelong friendships through their work in Montpelier: connections which have been carried forward by two succeeding generations. Spontaneous visits with neighbors, summer trips to Martha’s Vineyard and Long Island, exercising at Wedgewood, countryside drives in his Austin Healey sports car, and making preparations for winter were favorite diversions. Otto loved celebrations, and could be counted on to show up at parties, invited or not, with a special costume or an apropos speech.

As a parent, Otto was driven to provide the best possible opportunities for his children, Katie and Nicholas. Both attended Saint Johnsbury Academy, and excelled, thanks to their parent’s full support, in athletics and the arts. Otto would never miss a Village Harmony concert or a musical performance featuring his violinist daughter, Katie. It was in traditional music and live acoustic performances that Otto found the sublime, and he was very proud of his daughter’s contributions to the arts in Vermont. Otto also kept up with Nicholas’ academic interests, helpfully proofreading manuscripts for Nicholas’ doctoral dissertation and journal articles.

As he neared retirement, Otto took interest in storytelling, and loved participating in Extempo events around Central Vermont. His true stories, such as one about a rap duel on a midnight subway, a “raffle gone wrong”, a fortuitous car theft, or a date with Catwoman, always garnered accolades, cheers, and tears. Otto also attended book events, humanities lectures, classic car shows, choral concerts, and alumni reunions. Otto was deeply learned in the humanities, feeding a voracious appetite for scholarly books. Otto rose at 4 AM each morning to read the New York Times, the New York Review of Books, and the London Review, from which he would cut out and annotate articles to archive. Otto was famous for keeping a fleet of dilapidated cars, through which expressed his proud embrace of life’s imperfections. In his final years, Otto took great inspiration in the philosophy of Stoicism. Otto’s final weeks were spent at home, in conversation with friends and family reflecting on generosity, selflessness, and gratitude. These were the values Otto embodied each and every day as he endeavored to live a life of value and service to others.

Otto is survived by Nicholas Trautz and his wife Katya Kilian; Katie Trautz and husband Daniel Wheeler, and grandchildren Magnolia Kilian Trautz, and Teis and Rio Wheeler. He was predeceased by beloved Margaret in 2016. 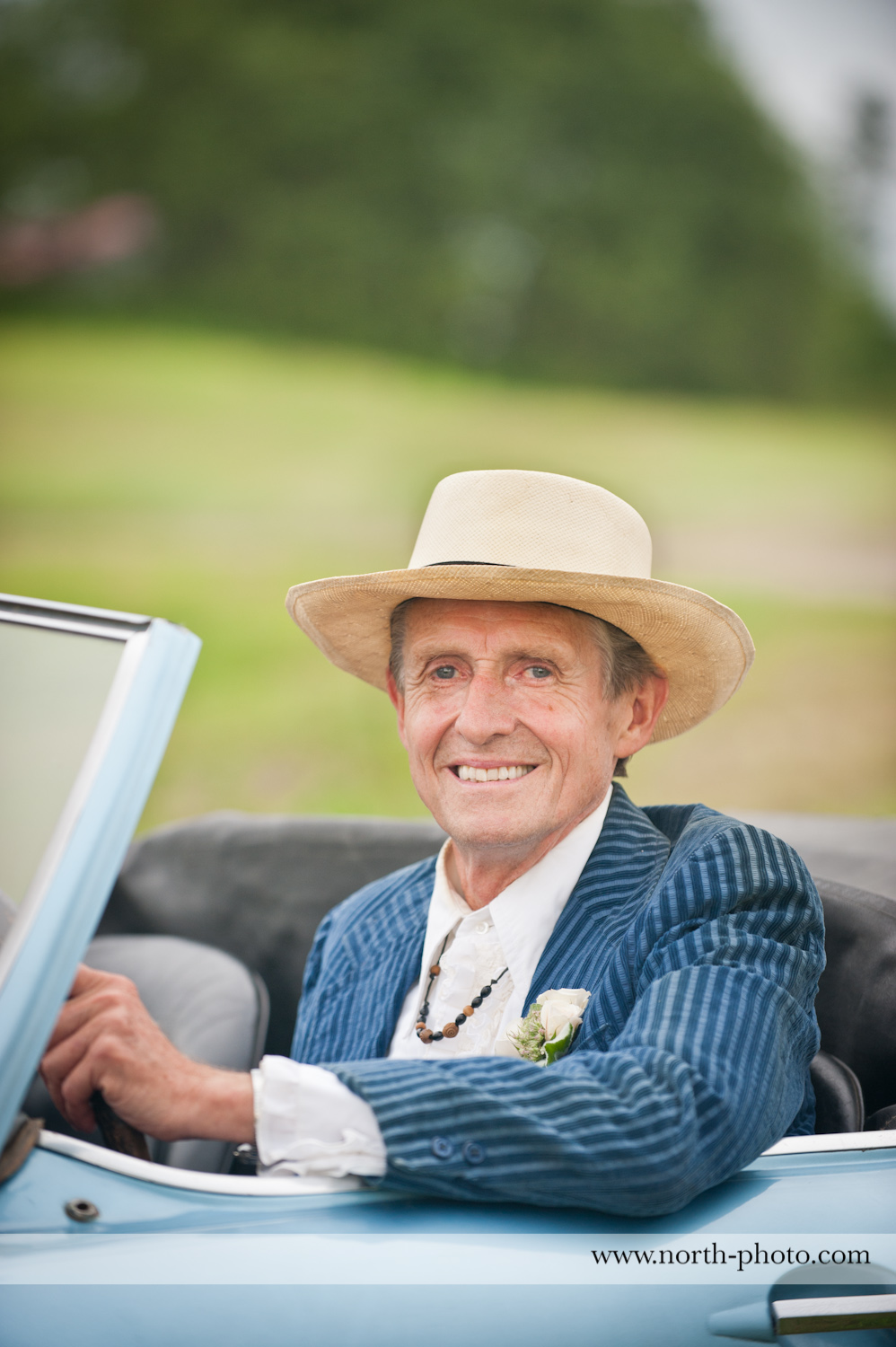 A memorial service will be announced when conditions permit. Those who wish to commemorate Otto may donate to the American Red Cross or consider donating blood.