Janet Irene Durkin, quick-witted, compassionate and a dear friend to many

Janet Irene (Marley) Durkin (born October 15, 1935), of West Dover, Vermont and Falmouth, MA, aged nearly 85 years, died peacefully in her sleep on the morning of Friday, August 14, 2020. The life she had already lived, and the more she had planned to live, gave no indication of her actual age. She was quick-witted, compassionate and a dear friend to many.

Janet lived a life full of love, adventure, fun and with a community of friends — what she fondly referred to as "the Good Life." After early years working as a registered nurse and later as an educator in the early years of special education, Janet and husband Thomas raised four children, sailing from and enjoying their beloved Falmouth on Cape Cod and skiing in Vermont in the winters. Janet and Tom ran several successful businesses together, first in Falmouth: The Good Life Frozen Yogurt Shop with two locations, one on Main St. and another in the former Casino Building on Falmouth Heights. They later received acclaim at The Longwood Inn in Marlboro, VT, having been named “the ultimate inn” by New England Magazine and earning a 3-star review in The Boston Globe for the restaurant there. The Durkins continued their hospitality at Waquoit Bay Bed & Breakfast in Falmouth. For nearly three decades, they also greeted those from near and far as the friendly and welcoming couple that sold tickets at the base of the Mt. Snow Ski Resort in West Dover, VT. After "retiring," they continued to welcome travelers to their AirB&B on Locustfield Road in Falmouth.

Janet was passionate about her hopes and love for our country. She was always quick to offer help to those in need. In the past several months, Janet sewed over 400 face masks for donation to help combat the coronavirus.

It would be difficult to find a mother prouder of her children, grandchildren, and great grandchildren.  Despite her distain for contact sports, she had recently become an avid hockey fan while cheering on her two great-grandsons on Cape Cod and delighted in everything about her three newest great-grandchildren in Vermont. Perhaps her nursing background helped her earn the nickname “the baby whisperer” for her expertise in calming infants.

Janet will be sorely missed by her immediate and extended family, including her devoted husband, Tom, and their children: Thomas and his wife Susan of Brattleboro, Vt.; their daughter Pattee of Falmouth, MA, and their daughter Tracy of Thermopolis, WY.  Their son Peter died in 2011.  Janet is survived by her grandchildren: Michael T. Durkin and his wife Brianna; Emily (Durkin) McFadden and her husband Brandon; and Caitlin Durkin, all of Burlington, Vt.  Pattee’s daughter Kerry Lardner, who’s two boys (the avid hockey players), Cole and Bode Jensen, live in Truro, MA; and Peter's son Andrew Milligan and wife Crystal, who live in Redmond, CA.  All of Janet’s great-grandchildren took an immediate shine to their “Gigi”, including Bennett & Everett McFadden and Callum Durkin, all of Burlington, Vt.  Janet is also survived by very beloved nieces, nephews and her last surviving in-law, William Durkin of Winchester, NH.

Janet is survived by her devoted husband, Tom, and their children: Thomas and his wife Susan of Brattleboro, Vt.; Pattee Durkin of Falmouth and Tracy of Thermopolis, WY. She was predeceased by her son Peter. Janet is survived by her grandchildren: Michael T. Durkin and his wife Brianna; Emily (Durkin) McFadden and her husband Brandon; and Caitlin Durkin, all of Burlington, Vt. and Kerry Lardner of Truro, MA. All of Janet’s great-grandchildren took an immediate shine to their “Gigi,” including Bennett and Everett McFadden and Callum Durkin, all of Burlington, Vt. 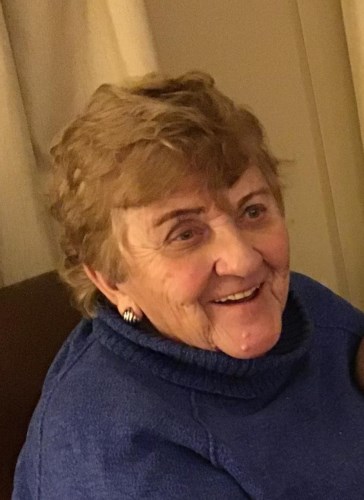 Religious service in Falmouth, MA and a memorial service in West Dover, VT are in planning and will be announced.