Ken was born June 8, 1929 in Quincy, Illinois to Robert and Ruby Fearing. He grew up in Sioux City, Iowa where he was known for his pranks and social life. There he attended Morningside College, although interrupted his studies to volunteer for service in the United States Army during the Korean War.

Ken served in both the enlisted ranks and the Officers’ Corps, and was awarded the Korean Service Medal with two Bronze Stars, United Nations Service Medal, Combat Infantry Badge, and a Purple Heart. Following active duty he remained in the Army Reserves for 35 years until retiring as a Lieutenant Colonel. Ken served his country proudly and was a lifelong member of the American Legion, VFW, and Reserve Officers Association.

Returning to civilian life, Ken completed his undergraduate degree in mathematics at Morningside and earned a graduate degree from the University of South Dakota in education. He went on to teach in Wyoming, where he met his wife, Margery. They married and made their way to Iowa City, Iowa where they raised their two daughters and both volunteered for countless community activities. Ken was a longtime booster for the I-Club and shared a fanatical love of the Iowa Hawkeyes with Margery. The Fearings moved to Vermont in 2012 to be near family.

Ken had true passion for teaching young adults, coaching, mentoring, and telling jokes. He retired with many state and national teaching awards in his name after 30 years as head of the mathematics and computer science department at Prairie High School in Cedar Rapids, Iowa, where he was known by his nickname “Fred”.

Ken was a lifelong athlete, competing in swimming, track, and football in his youth, and he continued running road races and playing tennis into his eighties. He planted a vegetable garden every summer, loved tomatoes, and experimented with a hydroponic greenhouse business in the winter. After retiring, he and Margie wintered in Hawaii where he spent his days in a beach chair with feet in the ocean and a book in hand.

The family thanks caregivers at The Lodge at Shelburne Bay and Mayo Rehabilitation in Northfield for ensuring Ken was happy, healthy, and at the side of his beloved Margie during his twilight hours.

Those who knew him are invited to share their favorite memories at www.thosearemygenes.com. Ken’s Celebration of Life Ceremony will be held at a later date in Iowa City, IA, where he will be interred at Memory Gardens Cemetery. 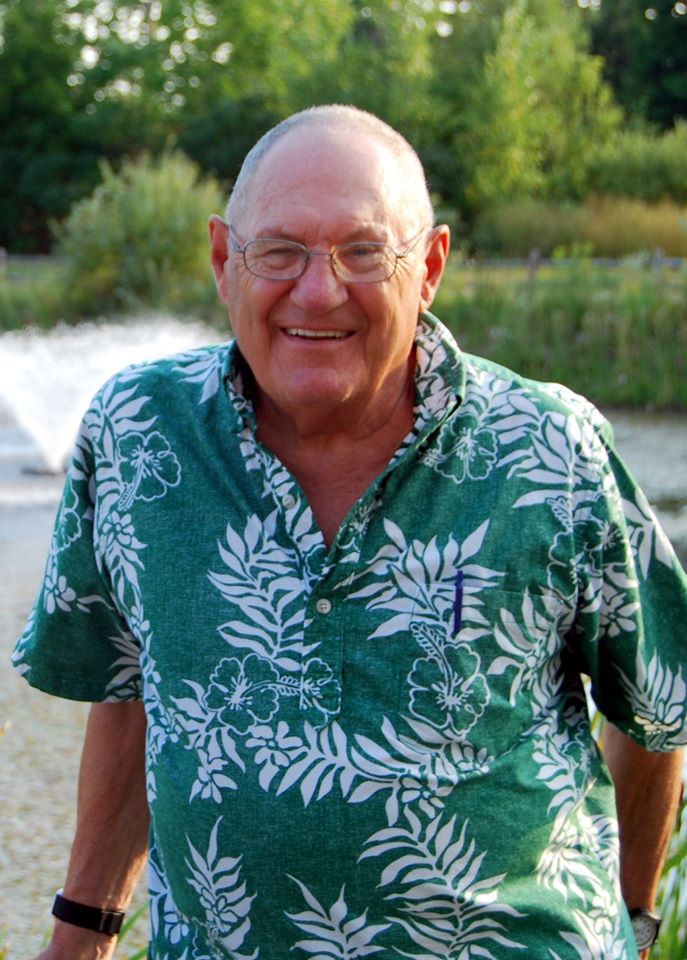 Ken’s Celebration of Life Ceremony will be held at a later date in Iowa City, IA, where he will be interred at Memory Gardens Cemetery.