Billy (as he was known as by most) was born to Lucille and Irving Fink. He spent his formative years in Teaneck, New Jersey, and later attended Rutgers University and the New School of Social Research, where he received his undergraduate and graduate degrees. After meeting his wife Ann Borys, Billy moved from New York city to Marshfield, Vermont, where they adopted and raised their five children and started his psychology career. The passion and love he showed as a father left an indelible and lasting mark on his family. Billy was admired by his children, friends, and colleagues for his calm disposition, cheerful smile, contagious humor, and nurturing soul. Professionally as a psychologist, Billy worked will be remembered fondly for his caring dedication to the community he served.

Billy filled his free time with his favorite activities; cooking, working on their home with Ann and the kids, running, golf, and studying spirituality. Billy was a proud father who supported each of his children through their various endeavors and celebrated the successes as they came. Billy possessed a smile that could light up a room, that would brighten the mood of everyone who saw it.

In addition to Ann, Billy is survived by his five children. He was predeceased by his father Irving Fink, his mother Lucille Fink, and brother Lloyd Fink. His family will not be holding a public memorial service due to Covid-19. 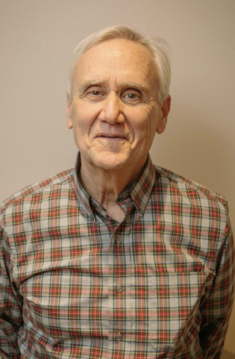