Raised in Belvedere and Waterville, Vermont, Carrie was the first in her family to graduate high school, Lamoille Union High School in 1981.

She received her Bachelor's Degree in Political Science from NVU (Johnson State College) in 1997. She returned to NVU for her first half of graduate school in 2010, transferring to UMASS: Amherst, for her Master’s Degree in Special Education.

Carrie was a writer, a poet, an artistic soul, and a mother. She raised her 5 children with love, grace, and compassion, as well as her children’s friends, and any other waif, troubled teen, or wayfaring soul she came across.

Carrie personified generosity, giving freely, leading by example, never judging a book by its cover, and always letting compassion be the rule to live by. “We never know other peoples’ struggles, but we can take a moment to smile at everyone, hold a door open, let someone cross the street, and just be kind. You could change a life.”

Those who knew Carrie knew her as a warrior who fought for the underdog. She was passionate about special education, Autism Spectrum Disorder education and acceptance, and fair chances and equality for those with special needs. She was outspoken about equal rights and support for LGBTQA+ most especially trans youth. She stood for those who could not stand themselves, and provided a safe space for youths who needed it the most.

Her lifetime was cut short by illness, she had fought and won her first battle with kidney cancer, only to be attacked 10 years later by colorectal cancer in late 2015. She was given a 2% chance to live 2 months and defied the odds for another 6 years.

Her 5 children were her reason to live, her reason to fight, and what kept her going through the radiation, the years of sickness from biweekly chemotherapy, and the constant pain. Carrie defied the odds, broke barriers, and overcame.

She used her remaining time to champion for Cancer research and education, and made it her duty to talk to as many other Cancer patients as she could, to help them not to be afraid, to know the resources they had available to them, to be a shoulder to cry on, and a friend when they needed one.

She did not “lose” her battle with Cancer. When her body was too worn out to handle the chemotherapy, she faced the end with dignity and strength. Due to COVID-19 restrictions, she could only be accompanied at the end by her older son and youngest daughter at the McClure Miller VNA Respite House, and she bravely faced her last moments with her son by her side. She left this world at peace and finally free from pain. She won! 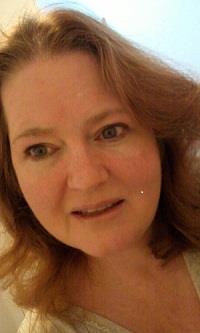 There will be no public viewing. A service will be held this summer, to be announced on the Team Carrie Facebook page. In lieu of gifts or flowers, Carrie would want you to give generously to Hope Lodge in Burlington, VT, to raise money for Lamoille Area Cancer Network, and to volunteer your time in your local community helping those who need a hand. And, please! Do NOT put off regularly scheduled cancer screenings!