Stuart was born in Newark, New Jersey, the son of Murray and Selma Savel, whom he dearly loved.  Stuart and his younger sisters Caroline and Nancy grew up surrounded by a large, loving, extended Jewish family and community. Not particularly religious, Stuart remained a strong supporter of Judaism, Jewish history, philosophy and culture his entire life.

He wasn’t a big fan of formal schooling, but Stuart was a natural-born learner and teacher. He taught himself photography, automotive repair, chess, math and science while growing up. He graduated from Columbia High School in South Orange, New Jersey in 1967. He was an early student and teacher of computer science and technology. His first computer was from Radio Shack and he pressed its buttons with the eraser end of a pencil. He skillfully and lovingly taught his daughter and grandchildren mathematics along with many, many life lessons.

Stuart attended the University of Wisconsin, the University of Massachusetts and the New School in New York. He was a draft resister and peace activist and moved to Vermont after being indicted for draft evasion in Newark in 1968. He was thankful  to the Vermonters serving on the draft boards of Putney and Westminster who let the draft die and left resisters alone. He graduated from Windham College in 1972 and taught philosophy there for a semester or two.

Not wanting to “Jersey” Vermont, Stuart joined the back to the land movement. He remembered seeing other “long-hairs” across the Square in Bellows Falls and crossing the street to meet some local hippies thereby joining a life-long community of like-minded friends and folks across southern Vermont. Stuart taught himself woodworking, furniture making, post-and-beam construction and design. After injuring his back in vehicle accidents, he got a certificate in design from Harvard, and attended Boston Architectural Center. He worked as an architectural designer for more than 20 years.

Introduced by mutual friends, he met soulmate and best friend Jean Anne Kiewel in 1976. After meeting, they rarely spent a night apart and were married for 42 years. Stuart was Jean’s business, as well as life partner. He enthusiastically supported and encouraged her law practice, especially her work against domestic and sexual violence and poverty, as well as legal work for friends and community.

Stuart found a special location in the woods of Chester, Vermont and built Jean and their daughter Ilana a magical craft mahogany and oak post and beam home with Gaudi-inspired braces and beams whimsically hand-carved by a friend.  Stuart worked from his wood shop and art gallery on the Green in Chester, and then his home office in Chester while being Ilana’s after school caregiver. Loving Jean, and loving and parenting Ilana, and loving, teaching and helping raise their grandchildren, Abram and Lilian, were Stuart’s greatest joys.

Stuart was a best friend to Ilana, son-in-law Amos, Abram and Lilian, too. Though often grandiose and sometimes stubborn, at his core, he was calm and wise, a peacemaker and mediator. He is described as generous, humble and highly intelligent in the tributes coming to the family. Many members of his family and community sought his support and counsel on a wide variety of subjects. He had a mischievous sense of humor. He was known for his joyful, infectious laugh.  Stuart hugely loved the parties and gatherings at the family home and was looking forward to being vaccinated so he could resume regular potlucks, parties, family dinners and music festival attendance with his family and community. Jean nurtured him into becoming a music fan. He was especially that when the family and friends played the music.  He loved kayaking, camping, skiing and traveling with Jean and the family. His restored vintage Volkswagen camper was his pride and joy. He learned how to, and then taught, Ilana and a number of her classmates at Chester-Andover Elementary School, to downhill and cross-country ski while volunteering for the school ski program. He was looking forward to continuing his heart rehabilitation so he could more fully participate in those activities again.

Stuart lived with severe back pain for many years and rarely complained. After receiving his Parkinson’s diagnosis in 2011, Stuart delved into learning about cannabis as medicine. Drawing from many sources, including a whole new community that he grew to love, he trained himself in optimal growing techniques as well as the best strains and applications for targeting and controlling his symptoms. His doctors were surprised at and supportive of his success. He became an expert artisanal breeder and grower and freely shared his knowledge and plants to help others. Stuart was a leader of the homegrown cannabis for pleasure, as well as medicine, movement. Stuart was very proud of his and Vermonters’ recent legacy of legalization of our right to grow our own cannabis.

Stuart was recovering from Trump exhaustion at the time of his death. He followed politics avidly and had strong progressive opinions. Inspired first and foremost by his mother, then many other strong women in his life, Stuart was a feminist. He was thrilled when women were elected leaders of the Vermont legislature and Alexandria Ocasio-Cortez took leadership in the Texas freeze disaster recently. He predicted and hoped AOC is headed for the White House.

Jean and the family are forever grateful for the world-class respectful care provided by Stuart’s medical team and the staff at Dartmouth Hitchcock Medical Center recently and over the years. 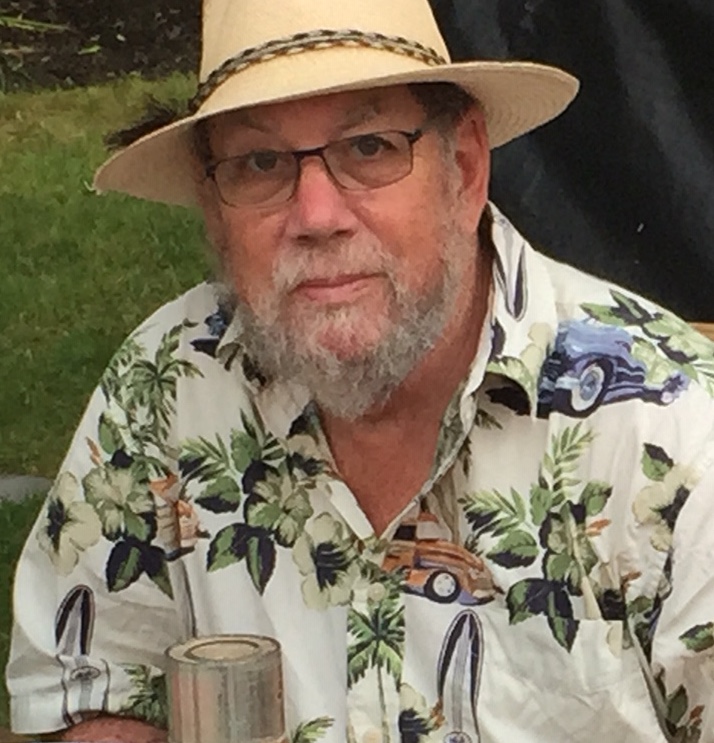 Burial will be at the convenience of the family. A celebration of Stuart’s life and party will be held for Stuart’s community when the weather permits and Covid eases. Donations in Stuart’s honor and memory may be made to the Bread and Puppet Theater of Vermont.