Lea Kilvadyova of Johnson, Vermont passed away suddenly on Sunday, March 7, 2021 due to complications related to a long-term illness. She was 51 years old.

Lea was born in Banska Bystrica, Slovakia on March 19, 1969 in what was then known as Czechoslovakia.  Her parents Leo and Anna had her on skates by age three, and by age six she was skiing the demanding slopes of Mount Križná near the family’s mountain hut in the low Tatra Mountains.  Lea also developed a love for dance as a child and performed with a modern dance company “Blesk” (The Flash) as a teenager. She inspired her younger brother Martin Kilvady to also pursue dance, and he went on to become a significant presence in the modern dance field.

Lea attended elementary, high school and college in Banska Bystrica, earning a degree in the field of “economics of the non-profit sector and social development” from the University of Matej Bel.  Lea was adept at languages, and at this time, the Iron Curtain fell. She augmented her degree with the European Social Policy Analysis program at Bath University in England, and Katholieke Universite de Brabant in Tilburg, Netherlands.  Lea also studied French at Universite de Charles de Gaulle in Lille, France.

Lea worked for the sustainable development organization A-projekt in the Liptov Region of Slovakia when she met Eddie Gale from Johnson who was with a visiting consulting group advising on community development. The first thing she told him was, “You have practical shoes,” and she had him from the start.

Lea and Eddie continued to see each other trans-Atlantically, and Lea secured a Fulbright Scholarship to attend the University of Vermont. Her Master’s thesis focused on the work of the Vermont Sustainable Jobs Fund, and with her love for the outdoors she also mastered white water canoeing down Ithiel Falls.  A highlight during this time was when her brother Martin’s dance group ‘Rosas’ performed at the Flynn Theater.  The entire dance company came to the house for dinner during leaf raking season, and each of the dancers tried to outdo one another other leaping into the leaves.

Lea was introduced to hockey in Stowe when she came to skate during the warm-up period of a league game.  Glenn Callahan’s team was short one player and they would be penalized if their roster was short, so she was thrown into the game.  Later when Lea scored her first goal, she didn’t realize she would be credited because the goaltender was the last person to touch the puck before it entered the net.  When Lea returned to Slovakia after her studies, she founded the first women’s hockey team in Banska Bystrica to play in the Slovak league. Although many of their early games ended 0-20, Lea eventually scored their first goal.  Two of her then young teammates went on to play for the national team at the Vancouver Olympics and the World Championships in Burlington.

Lea and Eddie decided to get married, and Lea returned to Vermont in time for the Stowe Hyde Cup. Their friend Fred Schmidt from UVM officiated their wedding ceremony in the afternoon between games.  Lea and Eddie had a keen sense of where each other should be on the ice, and she often made him look like a much better player than he was.  Their daughter Anna was born in 2005 and son Benjamin in 2007.  Lea delighted in running down the slopes alongside them as soon as they were able to stand on skis, and to introduce them to everything that she loved.  Their soccer games and volunteering for the ski program at Stowe were among her passions for children, as well as bringing her children to visit family and her home place in Slovakia.

The Town and Village of Johnson had a new position open up, and the select board and trustees took a chance on hiring a young woman from Eastern Europe with a degree in socialist economics as their new Community and Economic Development Coordinator, with the understanding that other select board members would translate Rocky Hooper’s accent.  Lea held this position from 2004 until 2016 and was considered a special operator “to make the Town a place we can all be proud to call home.”  Lea was instrumental in the development of the Main Street Project, Sterling Market, Old Mill Park, and the Legion Field band stand.

Since 2016, Lea has been a regional planner for the Lamoille County Planning Commission, where she was tirelessly committed to economic development and outdoor recreation opportunities, including the Lamoille Rail Trail. She championed the need for bringing high speed Internet broadband to rural areas and advised on the legislation that authorized Communications Union Districts.  LCPC credits Lea’s ability as the driving force that launched Lamoille FiberNet Communications Union District in July 2020.

Eddie and Lea did not remain married, but they focused together on raising Anna and Benjamin.  Lea lived for a time on West River Road adjacent to Old Mill Park.  Lea received her first diagnosis in 2014 and underwent a successful Whipple procedure at Mass General Hospital.  Unfortunately, Lea received another diagnosis in 2018.  Lea, Eddie, Anna and Benjamin made the commitment to pursue her wellbeing as a family, and she dedicated herself to being there for them longer than most people would have been able.  Lea had two significant surgeries at UVM Medical Center followed by ongoing treatment.  She was always greatly appreciative of the support she received from friends, colleagues and the community, and especially enjoyed walks, snow shoeing and skiing and biking with friends.

Lea is survived by her children Anna Gale and Benjamin Gale and their father and her partner Eddie Gale of Johnson, Vermont; Lea’s father Leo Kilvady and mother Anna Kilvadyova of Banska Bystrica; brother Martin Kilvady of Brussels, Belgium and his wife Kim Ceysens and their son Loup.  Lea was predeceased by her grandmother Anna Kilvadyova who was a close presence in her life. 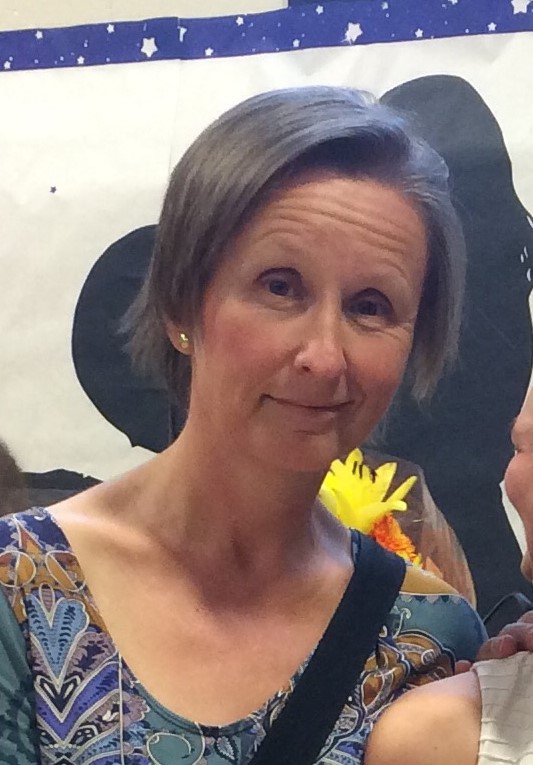 The family is sad they cannot gather now, but looks forward to hosting an event in honor of Lea this summer.  The family intends to work with the Town and Village of Johnson to make as yet to be determined improvements at the Old Mill Park, Lamoille Valley Rail Trailhead or other community setting in memory of Lea. The family would like to welcome others to make donations to this effort, to “Lea’s Gift to the Community,” c/o Edward Gale, 2629 Upper French Hill Road, Johnson, VT  05656.