Steve died on April 7, 2021 surrounded by family. He had lived with cancer for several years but continued to enjoy life, particularly time with family, tending his prolific and beautiful garden (including the most beautiful marijuana), playing piano and recorder, singing, cooking, voluminous reading, and classic films.

Steve was born on October 12, 1944 in Boston, MA and grew up in a large, three-story house at 41 Hamlin Road in Newton with his parents, siblings, and maternal grandparents. The house was the site of many shenanigans, including simultaneous trumpet playing on all three floors by all three children and teenage parties that resulted in broken furniture.

Steve is best captured in his own words, through recollections and commentary written over the past year:

“With the certainty of limited time here, I enjoy not only old age, but also the pleasures, simple ones mostly, that abound, especially here in bucolic completeness. Colored as my mental wanderings are by all the new ageness absorbed over the years, and reinforced by Alan Watts’ lectures, I gladly drink in nature, clouds, sky, grass, trees, bees, flowers, birds, deer, gardens, sun & moon, all in their very own preciousness. The greatest sustenance is people. Family is my guiding star. When all is well, with everyone, as it is at the moment, I can be a satisfied lump in the easy chair, just breathing & images gliding by in my own private cinema.”

He held a number of jobs over his life. These included camp counselor, librarian of the Botany Department of the Chicago Public Library, film lackey, shoe salesman, delivery driver, picture framer, harpsichord builder, tax assessor, co-op manager, substitute teacher, and natural products salesman. The job that he used to help weave an incredible community across the Northeast Kingdom was that of owner of Newport Natural Foods in Newport, VT. He ran the store with his wife Madeleine for 28 years. He knew nearly every customer by name, and regularly provided those in need with purchases on credit. He was a mentor to many employees and fostered a community of artisans and healers through the store.

Steve also volunteered as a Little League coach and Hebrew school teacher, helped local migrant farmworkers through the Vermont Migrant Justice program, and was involved in a number of food justice efforts in the Northeast Kingdom.

Music was his great joy, beginning with piano and trumpet lessons as a child. For over 30 years, he was a tenor in the Northsong Chorus. Prior to that he was a singer with a group called the Doo Wops, performing all over the Northeast Kingdom. A particular delight was shape-note singing. He also participated in Bread and Puppet performances as a singer and Garbage Man (and, memorably, once as Bernie Sanders). Over the last 20 years he developed his skill on the recorder, and enjoyed playing Baroque music with a number of friends and family. In his last year, he began to provide video piano lessons to his granddaughter in Seattle. He was especially proud of the musical career and accomplishments of his son, Gideon, which began with the two of them singing together in the car on the way to Little League practices.

He is survived by his sister, Amrita Crevoshay, his children, Eve Crevoshay, Gideon Crevoshay, and Laila Copperansky, his partner Mariel Hess, his granddaughter Aria Edery, his son-in-law David Edery, his ex-wife Madeleine Winfield, the parents of Laila, Ruth Coppersmith and Sara Lisniansky, Mariel’s daughters Kit and Reeve and their partners, his niece Shulamit Crevoshay and nephews Avi Crevoshay and Sholem Futran, and numerous dear cousins and friends. He is predeceased by his parents, Maurice “Maish” Crevoshay and Selma Leah (Levine) Crevoshay, and by his older brother, George Crevoshay. 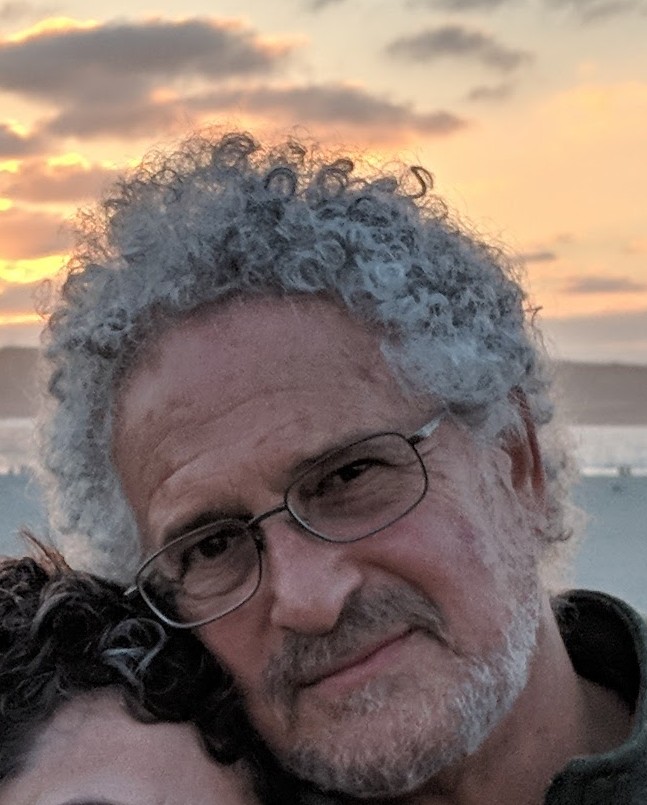 Steve chose to have a green burial, in keeping with his deep connection with the earth and attunement to the cycles of nature. A beloved beech tree will be planted above his gravesite at the first anniversary of his death. In keeping with Jewish tradition, the family requests that no flowers be sent. Those who wish to honor his memory may do so by planting a tree or by making a donation in Steve’s honor to reforestation or tree planting efforts locally or worldwide. Shiva, the Jewish mourning period, will be observed at his home through Wednesday, April 14 from 11-4.