Tom Yahn, veteran educator and affordable housing advocate, died unexpectedly at the home he shared with Ann Fielder, his wife of 39 years, in Brattleboro, VT on April 10, 2021.

"Tom Yahn was at the center of every good story in this community," said Josh Davis, Executive Director of Groundworks Collaborative, and a neighbor of the couple.

Tom was among the founders of the fledgling Brattleboro Area Community Land Trust (BACLT), eventually becoming its Board Chair. Tom once recalled, "Back in the 1980s, housing was out of control. On Canal in Brattleboro, across from the Sportsman's Lounge, an owner wanted to tear down three homes for a Mini Mart. We panhandled at the tennis court and the hot dog stand to make the payroll. 'Can you spare a grand or two till the end of the week?'" To this day, there is no Mini Mart in that location. The original trust eventually grew into the Windham and Windsor Housing Trust, providing hundreds of units of energy efficient, perpetually affordable housing in two counties. In 2007, the Tom Yahn award was established, celebrating a Brattleboro community member who demonstrates a long term commitment to the preservation and development of affordable housing and/or to the lives of those who live in affordable housing.

Tom Yahn was born on March 6, 1942 in Sayer, Pennsylvania. Tom's parents were Harold and Peg Yahn. Harold was an industrial engineer in the famous ceramics works at Corning Industries. After college, Tom spent a summer helping his father build the house where Yahn family members still live. After moving to Vermont in the late 60s, Tom built his own house in the town of Baltimore. More recently, he and Ann created a small, beautifully-crafted cabin on a ridge in Dummerston overlooking Mt. Monadnock. There, they found a perfect retreat from the perils of pandemic, and they hoped to spend many more years gardening, beautifying & meditating. Tom's profound satisfaction in housebuilding inspired a lifelong interest and commitment to the cause of adequate shelter for all. He lent his expertise in leadership roles to numerous organizations advocating for, and providing affordable housing.

Tom's mother Peg, an early feminist, supervised a multiplicity of activities in a Fifties residential neighborhood where kids ran free, made up their own games, and congregated frequently in her yard and kitchen, with Tom and his brother Fred. From his mother, Tom learned the lessons that would engender the love and respect he inspired in ever-widening circles of friends, colleagues, students and community co-participants: play fair, be nice, be honest, speak your mind, and speak back to arbitrary authority.

An excellent high school athlete, Tom looked forward to running track and playing football once admitted to Dartmouth College, Class of 1964. He realized those dreams only partially. He ran on a 4x4 mile relay team that set a Dartmouth record that stood more than 50 years. But during his freshman football season, Tom was diagnosed with Type 1 diabetes. Thus began a 60 year relationship with a disease that could not be defeated, but which never defined his life or being. During his years at Dartmouth, Tom formed friendships with many who stayed in touch, attended reunions, shared joys and sorrows of family life and made special pilgrimages to enjoy each other's company. These relationships typified Tom's approach to the unbroken circle - to be one of Tom's crew was an ever-renewing joy.

Tom took his Dartmouth BA to New York City to jump into Mayor Lindsay's urban renewal revival. He started with community organizing mixed with social work, and gravitated to new approaches to post-high school education, then exemplified by the New School for Social Research. As with many in those turbulent times, Vermont then beckoned. At the Community College of Vermont, Tom began a career dedicated to inspiring students to find entryways to learning that valued their experiences and abilities, and working to tear down barriers of class, financial hardship and rigid academic traditions. Tom steadfastly originated and promoted these goals at Goddard College, Norwich University and The Union Institute.

After more than 30 years in post-secondary education, Tom found great satisfaction as a teacher and administrator working with high school age students. He developed programs with College for Every Student (CFES) to encourage high schoolers to reach for college, many of whom would be the first in their families to do so. This work culminated at Brattleboro Union High School where, since 2007, Tom directed a program in partnership with area colleges, allowing students to earn college credit for courses tailored to prepare them for the transition to a collegiate learning environment. Tom's educational philosophy, accounting for his beloved status among generations of students: "The best teachers learn quickly to bring their students into the conversation, often turning it over to them."

In the mid-70s, while working together on a board for Healthcare and Rehabilitation Services (HCRS), Tom met Ann Fielder, a Nurse Practitioner, then Director of Planned Parenthood in Brattleboro. After one meeting, they took each other out for a drink at the famous Duck Inn, a Springfield, Vermont landmark. They married in 1983. Over four decades, they pursued love, adventure, travel, extravagant friendships, providing love and joy to the children in their lives, home making, cuisine and devotion to community. Their work to make Brattleboro - and more widely Vermont - a place to live, a place to visit, a place that is welcoming to all, is palpable in the streetscapes, the human services budgets, and the respect paid to them through every strata of the town and state. In Tom's case, that work included creative efforts to develop small, affordable housing projects using innovative financing, followed by his leadership in the early days of BACLT. At the time of his death, Tom was a longstanding member of the Vermont Housing and Conservation Board, the State agency responsible for meeting community needs through assistance and grants to innovative projects combining historic preservation, affordable housing, and land conservation.

Tom's love of Vermont was bound up in his love of skiing, germinated during his years at Dartmouth. He never stopped craving the thrill of a steep slope, even after diabetes took away his right leg below the knee. He studied prosthetic technology to make sure his practitioners understood his need to still master the fall line, and even take a stab at skiing the bumps. He grieved at never quite figuring out how to adapt the prostheses to cross-country skiing, which was his second winter love. As springs rolled in, Tom rolled out on his bicycles. He rode the length of Vermont on three separate routes, and especially appreciated every loop he could ride from his doorstep without involving a car. With Ann, and a moveable cadre of enthusiasts, Tom made multiple biking trips to Europe with Vermont Bike Tours (VBT) savoring the vistas, the cuisine and the culture, from the Dolomites to Sicily to the Loire Valley, making friends on every trip.

Tom was innately suited to be a mentor. He regularly heard from graduates who wanted to tell him how his encouragement made a difference. His rapport with youthful spirits was extraordinary, having never let his own youthful spirit atrophy. On the day after his death, his godson blared out a tribute of favorites from The Talking Heads and Fine Young Cannibals, tunes they'd blasted in the day from a tape player on the way back from another great day on the slopes. Tom's glass was always way more than half-full, and he never stopped gulping. In his presence and through his influence, Tom filled your glass, too.

Contributions in his memory may be made to the Windham & Windsor Housing Trust and the Windham County Humane Society.

A celebration of Tom Yahn's life will take place when people are free to gather.

To share a memory or send messages of condolence to Tom's family, please visit www.atamaniuk.com.

Survivors include his treasured wife and partner Ann Fielder; his godson John Wesley, wife Liza Cantor, their daughter Alice; his goddaughter Carolyn Wesley, husband John Adams, their daughter Azalea; sister-in-law Deb Bailey; sister-in-law Mary Ellen Duncan; and his niece Kate Dickens; and an extended family of friends and colleagues who will carry Tom’s spirit into their own lives. 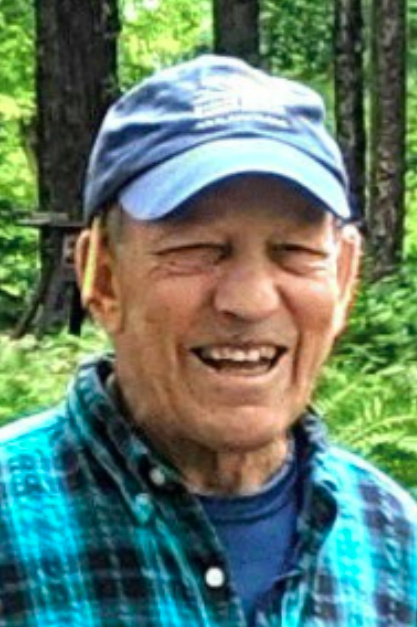 A celebration of Tom Yahn's life will take place when people are free to gather.