TINMOUTH, VT -- Grant Cedric Reynolds, 85, died peacefully with family by his side at The Meadows in Rutland, VT on May 17, 2021.  Born in Bellows Falls, Vermont on November 5, 1935, he considered himself a 42-year “temporary resident” of the Washington, DC area, before moving back and settling with his wife, Joanne Trogler Reynolds in Tinmouth in 2003.  A devoted Vermonter, he was proud to be descended from Benjamin Reynolds, one of the original settlers of Vermont, in Pownal in 1761.

Following college, Grant attended Columbia Law School, graduated in 1960 and then moved with Jo to the Washington, DC area.

Grant had a long and distinguished career serving as a civilian lawyer in the Secretary of the Air Force’s General Counsel’s Office from 1960 to 1991. During that time he worked in International Law, was the Air Force Fiscal Counsel, advised on installations and construction matters, and was the first environmental lawyer in the Department of Defense. He retired as Assistant General Counsel for Installations and Environmental Law in 1991.

After retiring, he continued to work in environmental consulting for the Air Force and for SAIC Corporation. He also taught Environmental Politics at Bates College and Environmental Law in the Ph.D. program in the Environmental Science and Public Policy Department at George Mason University.

Grant enjoyed a lifelong love affair with skiing, cars and car racing. He first strapped on skis at the age of 3 and hit the slopes every season until he was 80.  He was proud to be a member of the original ski team at Bates College.  A compulsive collector of historic skis, from a 1918 pair to the beginning of the shaped ski era in the 1990’s, he donated most of his large collection to the Vermont Ski Museum in Stowe, Vt, where they formed an exhibit in 2017-2018.

A master car mechanic, Grant spent many years in the “pits” helping others with their race cars, and in 1994 finally fulfilled his dream of racing after attending racing drivers school. He raced Formula Vees with the Sports Car Club of America and several vintage racing groups until an eye problem forced his retirement from the track in 2002. He was elected to the Sports Car Club of America Hall of Fame for his efforts in creating the Club’s Solo II, or autocross, program.

In Tinmouth, he played an active role in the community where he was a member of the Planning Commission and the School Board, serving as chair in 2015-16. He was the Tinmouth member of the Study Committee organizing the merger of the school districts in the former Rutland South Supervisory Union and drafted the Articles of Agreement that formed the merger. He was particularly proud of the section he drafted that required a unanimous vote of the Board and a vote of the town to shut down a school, thus ensuring the continued survival of the beloved town elementary school, where he and Jo ran a cross-country ski program for the kids.

A family man, historian, attorney, thinker, mentor, and foundation of the Tinmouth Community, Grant will be missed by many, but most of all by his wife of 62 years and his family.

At Grant’s request, there will be no calling hours or funeral service, rather a jolly party will be held at the convenience of family and friends sometime later this summer.

In lieu of flowers, donations can be made in his memory to the Tinmouth Creamery Restoration Fund, with checks made payable to the “Town of Tinmouth” and sent to 515 North End Road, Tinmouth, VT 05773 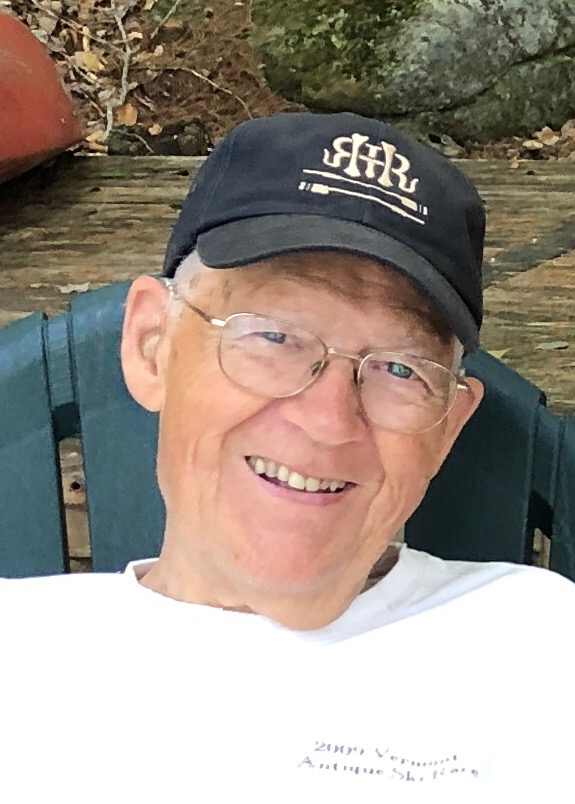 At Grant’s request, there will be no calling hours or funeral service, rather a jolly party will be held at the convenience of family and friends sometime later this summer.