Terry Dinnan and his wife Marty died April 19th, 2021 in a boating accident by their house on Lewis Creek in Charlotte, Vermont.

Terry, son of Eleanor and John Dinnan, was born on February 22, 1950 in Meriden, Connecticut. Terry grew up roaming the rural Connecticut woods with his siblings and friends, laying the foundation for his love of Vermont and his home on the river.

Terry was an excellent student, good athlete, and steadfast friend. He graduated from Cheshire High School in 1968. Terry began college at University of Vermont, transferred to Boston University for one year, and then decided Vermont was the right place.  He graduated from UVM in 1973 with degrees in Psychology and Fine Arts.

During his junior year at UVM he started a long artistic relationship with mentor and friend Paul Aschenbach.  Terry was active artistically as a photographer and sculptor after college, especially in Winooski. He participated in several international art symposiums including projects in Belgium and Japan.

Terry and Marty met working at Free Mountain Toys.  They were married at their house on Valentines Day 1986, and their daughter, Tai, was born later that year.

Upon entering fatherhood, Terry’s work shifted to stone masonry.  He and his partner, Al Ulmer, purchased a quarry in Essex, NY and used its limestone for their projects which included exterior walls, patios, and fireplaces. In 2020 Terry sold the quarry to Champlain Area Trails, donating his portion.  The property is within walking distance of the ferry and is open to the public.

Terry thrived during retirement. He had time to do what he loved: taking as much time as he wanted to creatively solve problems and build useful things in a beautiful way.  He managed the house and property and pursued personal interests including making cheese, wine, bread, and wooden bowls. Terry’s last three years were brightened by the regular presence of his grandson, whom he cared for three days a week.

Terry was predeceased by his brother, Jim. Terry is survived by his daughter Tai Illick Dinnan (Evan Webster) and adored grandson, Lior. He is also survived by siblings Mary (Jan), Chris (Carie), Deb, Jed (Karen), and many cousins, nieces, and nephews. 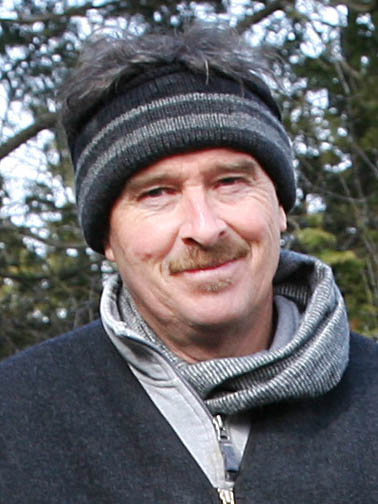 A celebration of the lives of Terry and Marty will be held on August 14th at Shelburne Farms.  To learn more and RSVP please visit illickdinnan.wixsite.com/my-site/rsvp.