MONTPELIER – C. Kenneth Dean, 66, died July 1, 2021, at Central Vermont Medical Center with those who loved him by his side.

Ken died after losing his recent struggle with severe depression. He had battled cancer and Lyme disease. He had just gotten his second Moderna vaccine the day before he died.

He was born in St. Albans, on July 4, 1954, the son of Jean (Lafayette) and C. Kenneth “Sonny” Dean of Swanton. He was the youngest of three children,  including his brother Scott, also known as David, and his sister Debra.  Ken was a firecracker from the get go, and shared his birth date with his father, as well as Vermont-born president Calvin Coolidge, whose names he shared.

Ken attended elementary schools in Swanton and Rouses Point, N.Y., and the family later moved to his mother’s hometown of Waterbury, where Ken attended Harwood Union High School. There he learned to ski and where he excelled in student politics, becoming student council president.

His nascent political activities began when he was elected the youngest delegate ever in the history of national presidential politics. In 1972 he was elected a delegate for George McGovern. That earned him a profile in the New York Times at age 17. He turned  18 just in time for the Miami Beach convention.

That was the beginning of a life interwoven with elective politics and the monastic/spiritual life, examining Catholic and Buddhist traditions.  He studied in England and  received his bachelor’s degree from the University of Vermont in 1983 in comparative religion, and taught Gandhian non-violence to members of The Clamshell Alliance.  He found great peace skiing on Vermont’s mountains.

His political work was as an activist and organizer: he was the Vermont presidential campaign manager for Colorado Sen. Gary Hart in 1984 (Hart’s biggest win percentage-wise) and again in 1988, and for California Gov. Jerry Brown, in 1980 and 1992.  He managed both of Brown’s Vermont and Maine campaigns, which were two of Brown’s six primary wins in 1992. The organizations he put together, with people  who became his lifelong  friends, defeated  the better-funded establishment candidates. He stayed in touch with Hart and Brown until his death.

He was a Vermont delegate to eight national Democratic conventions, most recently in 2016.

Mostly recently, he was interviewed by noted political author Matt Bai, whose book “All the Truth Is Out” is about the Hart campaign.

After the campaigns he moved to the San Francisco area to live with his brother and his family, and worked for the Diocese of San Francisco, helping gang kids. He took them camping to Big Sur, Calif. which started his life with the New Camoldoli Hermitage monastery, where he was in a special residency.

At the invitation of a close friend of the Dalai Lama, he left the monastery in 2000 and worked for the Dalai Lama in Belfast, Northern Ireland, personally organizing the Dalai Lama’s landmark meeting with Gerry Adams of the IRA, which helped contribute to the Northern Ireland Peace Accords. He met with victims families, neighborhood groups, officials and political leaders.

He worked for several years with state Sen. William Doyle with his political classes at Johnson State College (now Northern Vermont University).  He worked for the late Richard  Hathaway, a history professor at Union Institute/Vermont College, who was a mentor to him.

He was always seeking a better and peaceful way, and lived a life of spiritual examination and meditation. He could be obstinate and contentious when he believed in something. He had the biggest heart, and would always give a dollar (or more if he had it) to people on the street. He helped former classmates when they struggled with homelessness. He loved giving things away, and he loved finding things for free. 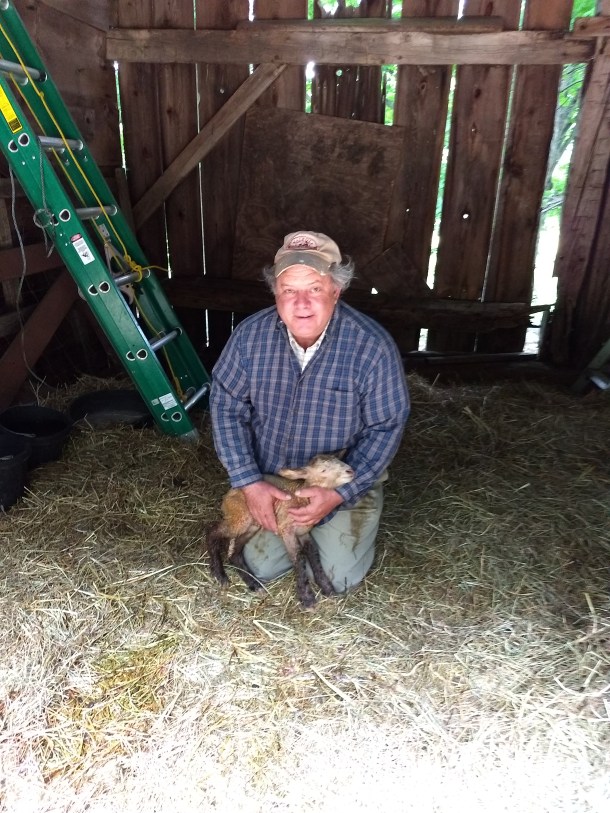 His adult life was split between California and Vermont, most recently living in Montpelier taking care of his beloved mother, who died last August at age 90, after eight years of Ken’s constant care. He was determined to honor her wishes to not go into a nursing home.  His father had died when Ken was 11, an event from which he never really recovered.

For the past 17 years, he was the devoted partner of Susan Smallheer of Rockingham, and he embraced life on her sheep farm, taking delight in the spring’s lambs every year, with Ken juggling bottles,  feeding the hungry triplets.  They had met as reporter and volunteer at a Howard Dean presidential debate at Dartmouth College in January 2004, and shortly afterward they were inseparable.

In addition to Susan, he is survived by his sister Debra Thereault (Roland) of Mexico, and their three sons, Galen, Benjamin and Jonathan Thereault , of Vermont and California; his sister-in-law Susan Hunt (Craig) of Townshend, and his nephews Christopher Dean and Gabriel Dean, both of California, as well as his step-sister, Anna (Bill) Crowther of Barre Town, step-brother Douglas (Vicki) Jasman of Montpelier, step-brother Aime "Nick" (Cindy) Jasman of Virginia, step-sister, Mary (Robert) Rougeaux of Alabama, and their families; his special godson, Sam Somers of North Carolina; his uncles, Roland (Irene) Lafayette of Waterbury, Nick Doiron of Sacramento, Calif.,  and Bob (Margie)  Dean of West Swanton,   many Lafayette and Dean cousins in Vermont and beyond,  his brothers in spirit from  New Camoldoli, as well as his two beloved border collies, Juno and Hera. All meant the world to him.

He was predeceased by his mother, who died Aug. 23, 2020, at their home on Loomis Street; his father, who died in April 1966; his brother Scott; his dear uncle, John Lafayette, who died in 1966  while serving in Vietnam; two aunts, Joyce (Lafayette) Doiron and Janet (Dean) Devanna; his grandmother, Gladys (Ring) Lafayette of Waterbury, Vt.; and his step-father, Charles Jasman of Montpelier.

He had a flock of wonderful neighbors and friends, whom he loved deeply and debated with frequently.

A  funeral mass will be held at St. Augustine’s Catholic Church in Montpelier on Saturday, July 17, at 11:30 a.m., led by his dear friend, Deacon Regis Cummings.  A celebration of Ken’s life is being planned by his friends for later this year in the Montpelier area, with a lasting memorial also being planned in his honor.

Light a sparkler this summer in his memory, and say a prayer for peace. Namaste. 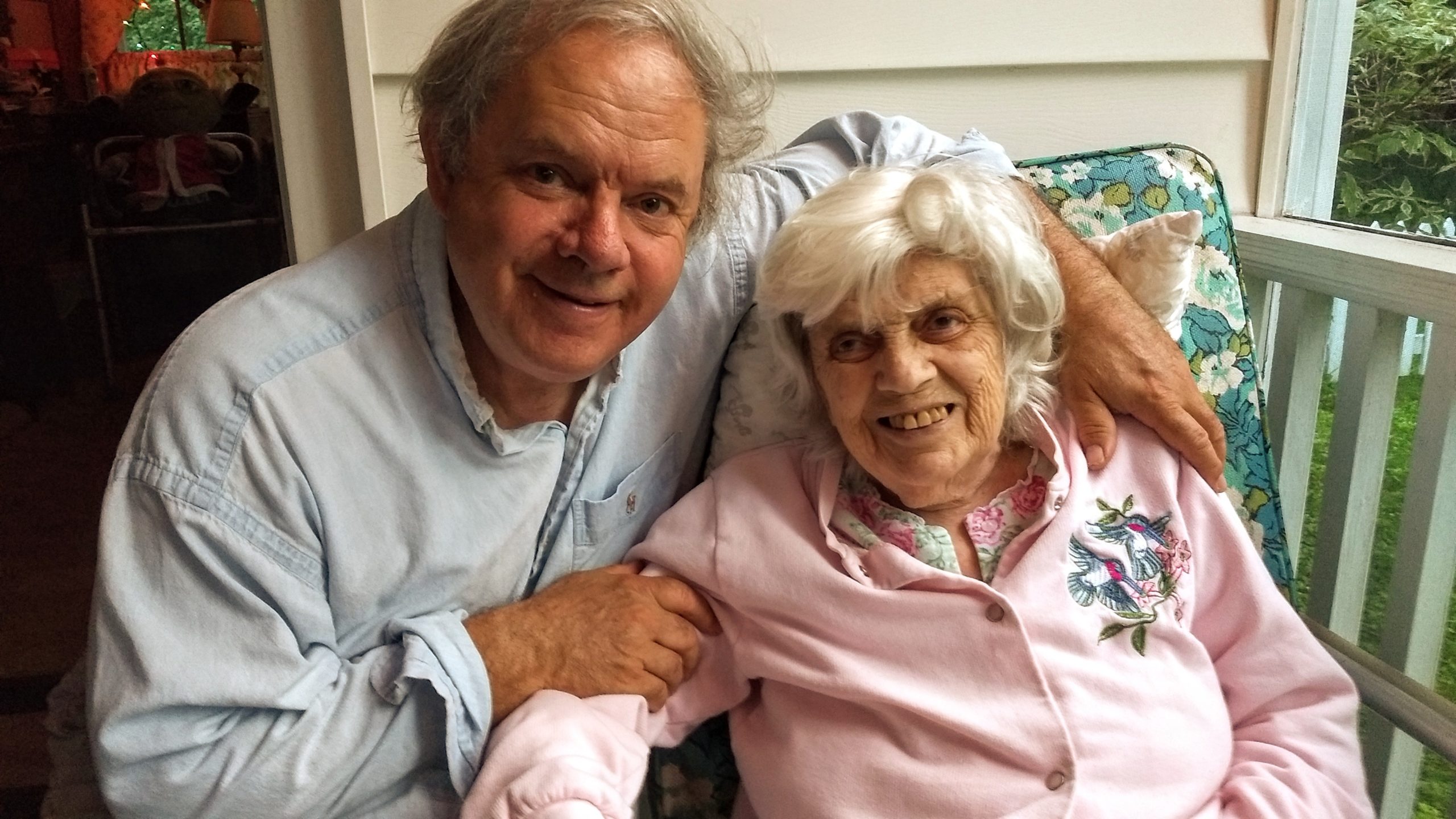