Charles Paquin, age 65, passed away on August 12, 2021 from esophageal cancer at his home in Cambridge New York with family by his side. His suffering from cancer has ended, his race is run, and he rests in peace.

People who knew Charlie well will carry with them his contagious curiosity and enthusiasm for history, prehistory, music, movies and whatever fun grabbed him. He'd always give that, and whatever else he could, to anyone around him. Charlie was insatiably curious about humans and human nature, and that led to a bachelor’s degree at the University of Vermont in anthropology and a master’s degree in archeology at Goddard College. He worked with pioneers in the field of experimental archaeology and learned to make flint tools as our ancestors did. He became an expert in the pottery of Northeastern Native Americans, learning their techniques through careful study and replication. His learning continued throughout his life, as he kept current in his field with courses at the University of Maine and other state colleges and universities throughout the Northeast, while also working on numerous archeological surveys and digs.

His passion in life was sharing his knowledge, particularly with young people. He taught about primitive technologies at locations as disparate as the Shrewsbury Library, Montshire Museum of Science in Norwich, the Intervale and ECHO Centers in Burlington, and Chimney Point Historic Site in Addison; Earthwork Programs in Williamsburg, MA; Maine Primitive Skill School’s Primitive Gathering in Wells and Wilder Waters Community in Canton, ME; The Wilson Museum in Castine, ME; Tamakoce Wilderness Programs, Albany, NY; Thunderbird Atlatl in Candor, NY and the Iroquois Indian Museum in Howes Cave, NY; and many schools, libraries and other organizations across New England and the Northeast. He also volunteered as a camp counselor at Camp Exclamation Point, sharing primitive skills with low income rural Vermont children.

Charlie had a way of working with young people that was inclusive and sensitive. He worked with children with behavioral disabilities at the Bennington School and tutored students with disabilities at Bennington College. Charlie marched to the beat of a different drummer and lived through his own personal hard times, enabling him to help others through theirs with compassion, empathy and respect.

Charlie had both a rebellious and a sophisticated love of music. He appreciated polyrhythmic music, whether tribal, jazz, or anything in between. He loved to share his latest discoveries, and might surprise you with a Bambuti Pigmy chant, a wild Captain Beefheart tune, a Fats Domino rock and roll classic, a favorite Miles Davis track, or an airy Incan melody. Sharing his enthusiasms was a real joy to him. Even near the end of his life, he would give his brothers “assignments” to research, be they interesting historical events, unique aircraft, or unusual musical ensembles. Charlie had a huge garden every summer, and insisted on having one for his last summer. With the help of family and friends, he again put in a garden this spring, so that he could continue his tradition of sharing, typical of so many aspects of his life. Charlie had a sharp and cynical sense of humor. He was a connoisseur of films and sweets, and he could tell a joke in a way that you wouldn’t mind hearing it for a third time.

He is preceded in death by his parents and brother James of Slidell, LA.

His family would like to extend a special thank you to the nurses and staff of The Community Hospice which gave such wonderful support to the family as they cared for Charlie in the last weeks of his life. 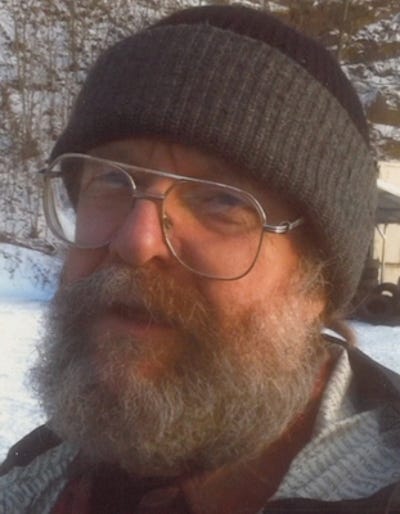 A funeral service will be held at 11 am on September 4, 2021 at St. Patrick’s Catholic Church, 17 South Park Street, Cambridge, NY 12816. Please join the family in the Parish Hall after the service for a meal and memories of Charlie. BYO music.

Due to the ongoing public health concerns of COVID-19 social distancing as well as wearing of a face mask is recommended for those that are not vaccinated.