Phoebe Chamberlin, a lifelong resident of Brattleboro, VT, died on her 81st birthday on August 26th, 2021 following a 20 year struggle with Parkinson’s Disease.

Born on August 26, 1940, Phoebe grew up and lived all her life until recently on the farm in West Brattleboro that had been in the Chamberlin family since the late 1800’s.  Her parents, May and Henry Chamberlin, were poultry farmers but she turned the farm into a horse farm.  She graduated from Brattleboro Union High School in 1958.  Phoebe was a member of the First Congregational Church in West Brattleboro.  One of her greatest pleasures was treating a wide range of friends to the annual sugar on snow supper at the church, where she held court at her own large table.

Phoebe made a career of working with horses and was a licensed trainer of Standardbred race horses. She was a genius with horses and could create magic with them where others failed. She was most at home at racetracks and had friends at all of them. In addition to training she also boarded and trucked horses for others.  Her travels to racetracks and to transport horses took her all over the Eastern U.S. and into Canada.  She never got lost and didn’t use maps for her travels. She had GPS in her head long before it was invented.  She seemed unaware that she was a woman in a man’s world. She was a perfectionist when it came to horses, and competitive in everything she did.  She always wanted to be the best.

Phoebe was one of a kind, outspoken, generous and a raging extrovert.  You always knew where you stood with her. She had hundreds of friends and was loyal beyond belief. She could keep confidences, absolutely. Though she had no children of her own, everyone’s children became her children.  Her door was always open and if it wasn’t, friends knew the way in.  She was a great cook and loved to feed people.  She was a super athlete, excelling in gymnastics and basketball when she was young.  She loved to watch sports, most of all her beloved Red Sox and Patriots.

Phoebe was always surrounded by animals; horses, dogs, cats, wild turkeys, and chickens.  Her pet rhea (ostrich) Diamond and Gabby the goose startled and delighted many travelers on Sunset Lake Road. After the work horses on the farm died she continued to log using her race horses.  Phoebe was tough, and broke every bone in her body, some more than once, in her work with horses. One mud season when conditions on Sunset Lake Road wouldn’t allow her to get her trailer in or out she walked 2 miles with a horse, a 5 gallon bucket full of supplies and a race cart to the trailer, then turned around and went back to the farm to get the other horse and cart to go to the racetrack in Yonkers, NY. She did it in reverse when she returned. She made this trek several times that mud season.

Phoebe was predeceased by her parents, her brother Carl Chamberlin and the love of her life, Harold Story.  She will be dearly missed by her many friends who live here as well as those far and wide.

Phoebe’s friends wish to thank Thompson House Nursing Home, caregivers Sherri Reil and Betty Chamberlin, the Visiting Nurse and Hospice for VT and NH, Brattleboro Area Hospice, and the Gill Odd Fellows Home in Ludlow, all for their loving care of Phoebe in the last year and a half. Memorial donations can be made to the Windham County Humane Society. 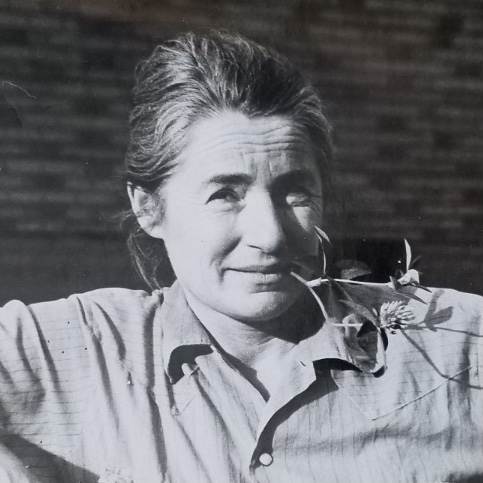