She was predeceased by her husband, Peter Wagner, late of Shelburne, by her parents, Beatrice Alice Rankins and Thomas Henry Ramsden, and by her brother Thomas Ramsden. She is survived by her brother Charles Ramsden and by her sister Laurie Lincoln, as well as many nieces and nephews.

She is also survived by her two daughters, Heidi Ames (and husband Steve) of Elmore, VT and Liz King of Burlington, VT, as well as by her four grandchildren, Oliver Ames (and wife, Kaitlin) of Montpelier, VT, Miles Ames and Emily Ames both of Elmore, VT, and Chloe Malone (and father, Shawn) of Burlington, VT, and also by her newborn great grandchild Henry Ames of Montpelier, VT.

Marian was a member of the Class of 1961, Oceanside High School, Long Island, NY. She graduated from The College at Brockport, State University of New York, where she received a double BA degree in Elementary Education and Psychology, in 1966.

Marian’s life work and dedication was in the education of children. In addition to being her greatest personal joy, the teaching of children was inspired by her belief that a quality education for all children is both a pedagogical imperative and a social justice issue.

During Marian’s career, she taught K - 3rd grades in the Northeast Kingdom, primarily in the Caledonia North Supervisory Union, for 35 years. The seven year long innovative Continuous Progress Classroom Project for grades 1-3 was her invention and design, which she ran with two other colleagues. After her retirement, she worked all over the state for three years as a Teacher Improvement Specialist with Vermont Reads.

Lifelong, Marian was dedicated to peace and non-violence, feminism, nuclear disarmament, and social justice. She protested, she wrote, she marched, she camped, she was jailed, she advocated, she ran for VT Governor under the Citizen’s Party, she sang, she held meetings and vigils. She was part of the historic group of women at the 1983 Women’s Encampment for Justice and Freedom at Romulus, NY, and the Women’s History March at Seneca Falls, NY. She sought to build bridges between people, to empower women, to support the unheard and voiceless, and to further peace wherever she could.

In addition to being a beautiful pianist and a teacher of music, Marian was also a skilled organist and played for many years at St Andrew’s Episcopal Church in St. Johnsbury, VT.

Marian’s many volunteer commitments included working with seniors, children, the homeless, the needy, and other community service projects in the Northeast Kingdom, her beloved corner of Vermont for 53 years.

Some of Marian’s favorite quotations were:

“You can no more win a war than you can win an earthquake.” Jeanette Ranking, first woman in the US House of Representatives (R-Montana).

“Every gun that is made, every warship launched, every rocket fired, signifies in the final sense a theft from those who hunger and are not fed, those who are cold and are not clothed.” Dwight D. Eisenhower, 34th US President.

“A child miseducated is a child lost.” John F. Kennedy, 35th US President.

“Nobody starts out as a completely effective and creative teacher. The desire to teach and the ability to teach well are not the same thing. With the rarest of exceptions, one has to learn how to become a good teacher.” Herbert R. Kohl, Educator and Author.

“The disposition for teaching is two percent inborn and ninety-eight percent reinvented every day of one’s career.” Susan Ohanian, Educator and Author.

Donations in Marian’s memory may be made to the Children’s Literacy Foundation (CLiF) or the Vermont Chapter of the American Guild of Organists.

Condolences may be sent in care of Heidi Ames and Liz King, 104 Sterling View South, Elmore, VT 05661. Services will be announced at a later date. 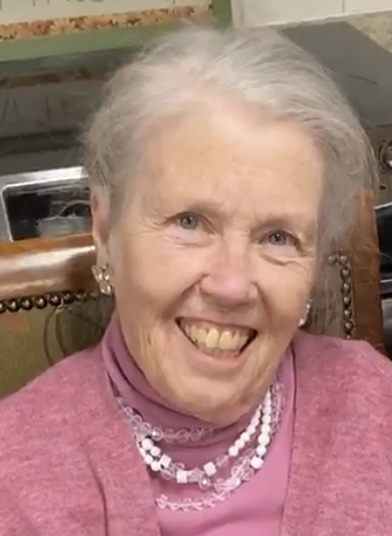