David Walter Garrett, 78, of Charlotte, VT, died unexpectedly on August 17 from heart failure brought on by a breakthrough COVID infection. Though tragic, it was as he would have wanted it: over in an instant, at the end of a perfect Vermont summer day, at his home of four decades, the historic Cedar Farm, on Thompson’s Point in Charlotte.

A woodsman, artist, investment manager, entrepreneur and hotelier, he had extraordinary creativity and vision. Across all his endeavors, things that seemed impossible regularly came to be real - from a cabin deep in the Adirondacks that he built by hand, to a boutique hotel company that set new standards for ultra-luxury accommodation and historic preservation.

David was one of the most experienced developers of small, high-end hotels in the world - a credential he earned after years as a successful investment banker. His hotel career began in the 1980s, with the purchase and rejuvenation of an old Rockefeller Great Camp on Upper Saranac Lake, NY, known as The Point. The hotel became one of the most lauded luxury properties in the country, and led to the purchase of other historic hotels that commanded high room rates and delivered incomparable services to guests.

David and his wife Christie ran the properties under the banner of Garrett Hotel Group, which at one point comprised The Point and The Lake Placid Lodge in the Adirondacks, The Wilcox in Aiken, SC, and The Inn of the Five Graces in Santa Fe, NM. David was also instrumental in the creation of Twin Farms in Barnard, VT, and advised on other properties. Over the years, David served as North American president of the prestigious Relais & Chateaux hotel association and on its international board of directors.

He helped invigorate the boutique hotel movement in the U.S. and inspire a renaissance of all things Adirondack. Himself a master woodworker, he tapped into the Adirondack style of “rustic elegance” - a phrase he used often  - and enlisted local craftspeople to build pieces for the hotels. He also made many pieces himself - from enormous twigged credenzas to wine cellars bedecked in branches. David’s works remain on display in his most recent hotel project, The Ivy, in Baltimore, MD; in the barn he turned into an office in Charlotte, VT;  and on his website, Corkiture.com - named for his early fascination with using corks in his furniture making.

David Garrett was born in New York City on Dec. 12,  1942 and grew up with his older brother, Daniel, in Scarborough, NY. His parents, Daniel N. Garrett and Louise Benson Garrett, were transplanted Southerners, and David nurtured a lifelong fascination with the South and family genealogy, tracing Garretts and Bensons back centuries and often paying unannounced visits to distant relatives in his many travels.

As a boy, David was drawn to the woods and fascinated by the television show, Daniel Boone, impressed by the depiction of warm family life in a log cabin, with wild adventure all around.

He attended The Williston Northampton School and the University of North Carolina at Chapel Hill. A devoted Tar Heels fan, hardly anything could get between him and a Carolina basketball game. At Chapel Hill, his independent streak and passion for the woods were on full display: he skipped the dorms and lived in a log cabin.

After college, while living in New York and working at his father’s printing business, he met his wife, Christie Coursen, then a flight attendant for TWA. The two would soon have their first of three daughters while spending a year in Paris.

During this time David made two key moves that would shape the course of his life. The first was to purchase 165 acres in the Adirondacks in 1967 and begin carrying out his dream of a cabin in the woods. He built the cabin on high ground above a still pond, surrounded by ancient wooded state land. He spent the next 54 years expanding and improving the cabin, making it his sanctuary and family retreat. All important life decisions, he’d say, were made at the cabin.

The other key path David took was to begin working as an investment banker.  The work suited his tolerance for risk, clear-minded decision-making, and keen sense of a good bet. He was a broker at Moseley, Hallgarten Estabrook & Weeden, and later First Albany,  managing offices in Cambridge, MA and Burlington, VT. In the early 1980s, David also helped the Vermont Teddy Bear Company go from a small pushcart to a booming Bear-Gram business that continues today.

In 2008, David and Christie started Garrett Hotel Consulting, where they worked with clients on the development and management of properties around the country. 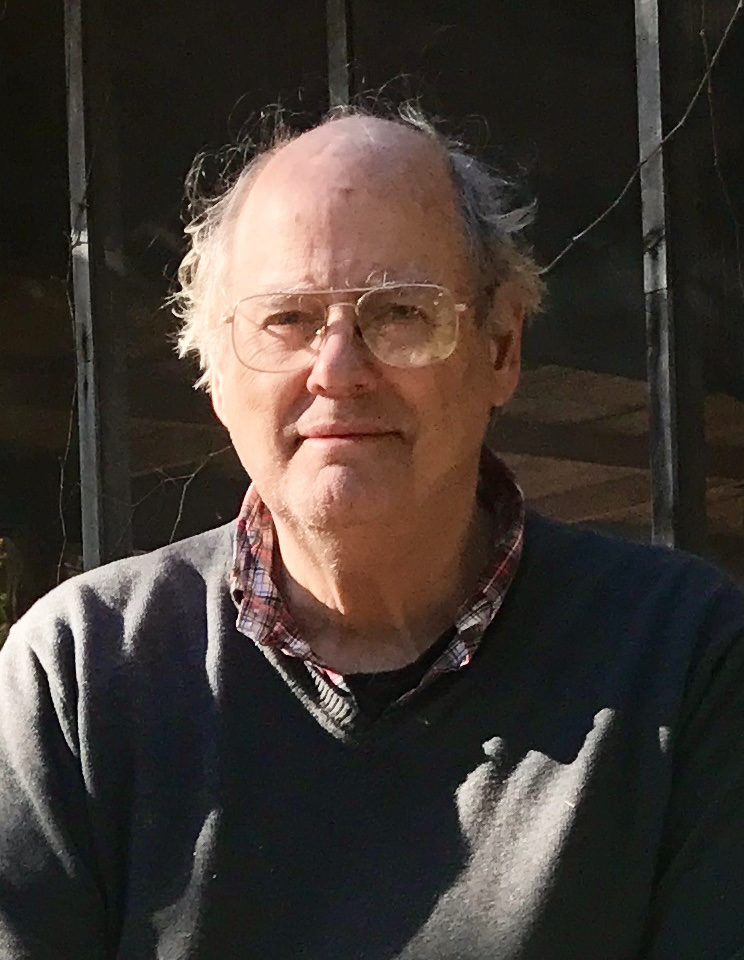