Mariot Gardner Huessy, 95, died on Wednesday, September 15, 2021. She died exactly as she wished—in her sleep, at home, and at peace with herself and the world—eleven days after attending her grandson Andrew Laggis’s wedding.

She was born November 24, 1925, the daughter of Raymond and Margaret (Reed) Gardner. She attended schools in New York, New Jersey, and Virginia before graduating from Hanover (NH) High School in 1943. She attended Smith College and the Boston School of Occupational Therapy during WWII before marrying Henry E. Montgomery in 1947. (They separated in 1952, and divorced in 1955.) On March 1, 1958 she married Dr. Hans R. Huessy. She brought her two children into the marriage; he brought his six children into the marriage, and they had three more children together.

In the fall of 1958, after adding a wing of children’s bedrooms, they moved from Norwich, VT, to an old farmhouse near the Jericho-Richmond line. In 1968, they moved to a new house Mariot had designed, built just over the Jericho-Essex line.

The creation of a single family was the great achievement of their life together, their success shown in the way the family could expand to include new family members (whether from Holland or the Navajo Nation), as well as friends and far-flung family from across the US and Europe. Mariot applied her organizational skills to epic food shopping trips, cooking, decorating, and laundry. Her home was her castle.

Over the years, it was also home to numerous cats, dogs, horses, donkeys, sheep, pigs, chickens, and ducks—as well as children’s pet mice, guinea pigs, and skunks. Her love for animals brought her a great deal of joy and many wonderful friends throughout her life. She loved honoring (and creating) family traditions, and Christmas was the high holiday of her year. She made and collected presents for children and grandchildren throughout the year, storing them in a huge castered box under her bed.

Her grandmother, Georgiana Conkling Reed, had taught her to sew and knit when Mariot was quite young, and she reveled in a life-long love of fabric, buttons, and yarn. She made clothes for herself and her children, riding habits for children and friends, and costumes and scenery for the plays her children staged in the family barn. She remained an extraordinary seamstress and knitter until her eyes failed her in old age. She also designed and hand-colored Christmas cards that went out to hundreds of “friends and relations.”

She was a member of the generation that grew up during the Depression; her brother, Clint, the “boys” she knew in high school, and Clint’s friends at Dartmouth all served in WWII. She saw Marian Anderson sing on the steps of the Lincoln Memorial in 1939, and had the good fortune to spend two hours with her childhood hero, Eleanor Roosevelt, when the First Lady visited Camp William James in Tunbridge, VT in 1940. (They shelled peas together for the camp cook, “Joe” diVivo.)

She was predeceased by her husband, Hans, in 1997 and by her brother, Clinton C. Gardner, in 2017. She is survived and held in loving memory by her eleven children: Pamela (and Philip) Hazel of Statesville, NC; Paula Stahmer of Gainesville, FL; Mark (and Frances) Huessy of Essex, VT; Janet (and Stephen) Flanders of Norwich, VT; Peter Huessy of Potomac, MD; Raymond Huessy (and Frederick Gray) of Putney, VT; Alan Huessy (and Karen Grose) of Pittsburgh, PA; Collin Huessy of Marion, MT; Hans Huessy of Essex, VT; Eugen (“Bear”) Huessy of Hobson, MT; and Margaret Laggis of Derby, VT; by her ten grandchildren: Johannes Huessy (and Candice Cornish) of Takoma Park, MD; William Huessy (and Kayla Hartmann) of Bellingham, WA; Elizabeth (and Louis) Porter of San Marcos, TX; Mariot Huessy of Vienna, VA; Hans Huessy of St. Albans, VT; James Huessy (and Kathryn Higgins) of Jamaica Plain, MA; Hillary (and Theodore) Ribaudo of Boston, MA; Julia Huessy of Avon, CO; Andrew (and Alison) Laggis of Woodbury, VT; and Hans Laggis (and Chelsea Poginy) of Sheffield, VT; by one great-grandchild, L.J. Porter of San Marcos, TX; by beloved step-grandchildren; as well as by Benjamin Barney of Lókaachégai, AZ; Lucinda Godinez of Flagstaff, AZ; and Willem Leenman of West Haven, VT.

A memorial service will be announced later. In lieu of flowers, please consider making a donation in her memory to Essex (VT) Rescue, Inc.; Spring Lake Ranch in Cuttingsville, VT; or the UVM Morgan Horse Farm in Weybridge, VT. 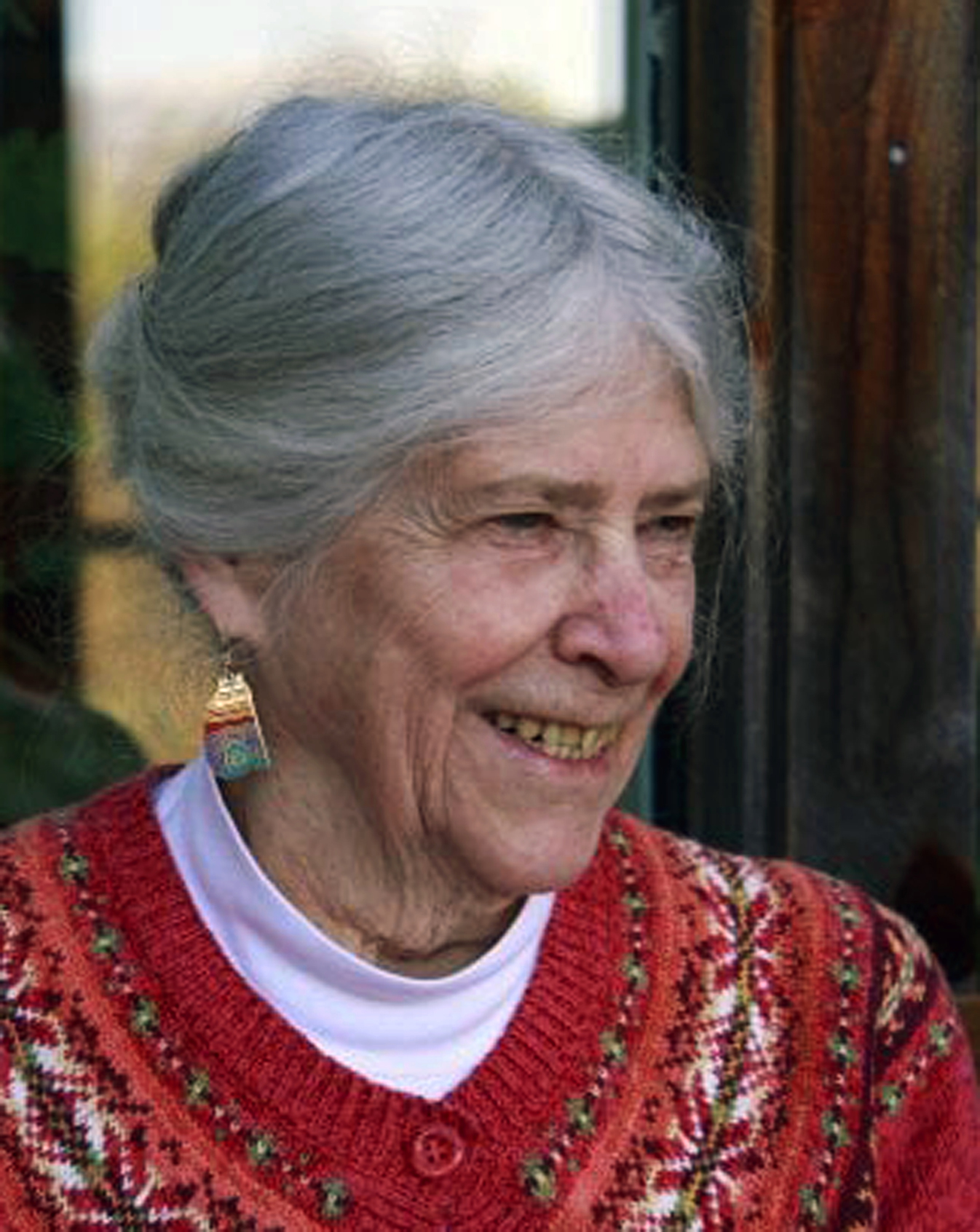 A memorial service will be announced later. In lieu of flowers, please consider making a donation in her memory to Essex (VT) Rescue, Inc.; Spring Lake Ranch in Cuttingsville, VT; or the UVM Morgan Horse Farm in Weybridge, VT.