David Raphael AKA Dave Ravely AKA Daveski AKA Papa Doodle AKA P-Doodle AKA Doodle Pop AKA Doodle.

He grew up in Providence, R.I., where he attended Moses Brown. As a young boy, he once unleashed a scourge of fruit flies upon his neighborhood, and threw a veritable tantrum in a French restaurant when he discovered they didn’t serve hamburgers. Even as a youth, David always left an impression.

In 1979, he landed with wife and young daughter on 10 acres in Panton, Vt., and has been cutting cross-country ski trails, building benches in the woods, and pushing wheelbarrows around “Ravely Acres” ever since. From pioneer beginnings in a camping tent, they first built a cabin, then built a house. As the compound grew, the family expanded to include two sons, followed by a few more cabins, two additions, and a ‘Garage-Mahal’. David loved Panton, and served the town tirelessly, donating countless hours of his time and expertise as Chairman of the planning commission.

David was a Landscape Architect, Planner, and Graphic Designer. To wit, he was emphatically not a landscaper, although it is a bit confusing because he did quite a bit of landscaping. He designed signage and parks, some of which you may likely have seen: from the Olympics in Park City, Utah to Overlook Park in South Burlington, Vt.; from the iconic Burlington, Vt. signage to the wayfinding system in Jackson Hole, Wyo.; from Alburgh Dunes State Park to the Middlebury College Football Stadium: the extent of his professional accomplishments are too expansive to list. He worked on site plans for ski areas and municipalities and renewable energy projects. He founded LandWorks in 1986 and did not retire in 2018, although that was the story at the time. As a Professor at Rubenstein School of Environment and Natural Resources at University of Vermont, he instilled his love for the environment in the hearts and minds of countless young scholars.

He was an avid connoisseur of whipped cream, bacon, and tart candy. He relished a fierce game of foosball though he could never quite beat either of his obscenely handsome and talented sons. He enjoyed laughing, even–and especially–at himself. He was once called a silly old man, which was absolutely accurate.

His religion was the outdoors and the night sky. David was nothing if not devout in his worship: the skiing, the hiking, the camping, the kayaking, the biking. He loved soccer and the Boston Red Sox. He was pretty good at the butterfly (and allegedly once held a Rhode Island youth record) and liked to perform a few strokes whenever he plunged into his beloved Lake Champlain. Speaking of the lake, he once capsized his kayak between Barn Rock and Basin Harbor… at the end of October. He may have told you the story.

Full of energy and life until the absolute end, David was an eternal optimist. He loved every day he was in the great outdoors, and would tell you the clouds were about to burn off, even if they most definitely were not. Although he died too soon, David died doing what he loved, hiking in the woods with a dear friend–of which he had many–on January 12, 2022. It was a cold, gray, windy day, but he thought it was pretty good.

David leaves behind his wife of 50 years, Diana Morris Raphael, to whom he was devoted and loved so much. Though they occasionally role-played as the ‘Bickermans’, their connection was profound. He will be deeply missed by his three children, Mara, Jory, and Ben Raphael, who all inherited some of his immense talent for design, writing and humor. He gifted his prematurely gray hair to both of his sons, and most likely his daughter, though we can’t prove it, and she’ll never tell. They greatly enjoy ribbing him, even posthumously, and believe that’s the way he would want it. He also leaves behind his fellow “outlaws” John Mendell, Stacy Raphael, and Adrienne Raphael; and his six grandchildren: Jack and Whitney Wilcox; Phoebe and Tatum Raphael; and Wesley and Fiona Raphael. He is survived by his enormous dog, Tessa. He may have told you about the time she had to be rescued from the top of a mountain. He loved dogs, maybe more than people. And he loved people immensely.

He was predeceased by his parents, Dr. Sumner and Barbara Raphael, and his sister, Joanie Raphael. And his dogs, Stickeen, Shasta, Leeska, Cooper, Crystal, Lily, Nimbus, and Saska.

He enjoyed a 100% approval rating, was loved by many and liked by all, and that cannot be overstated. 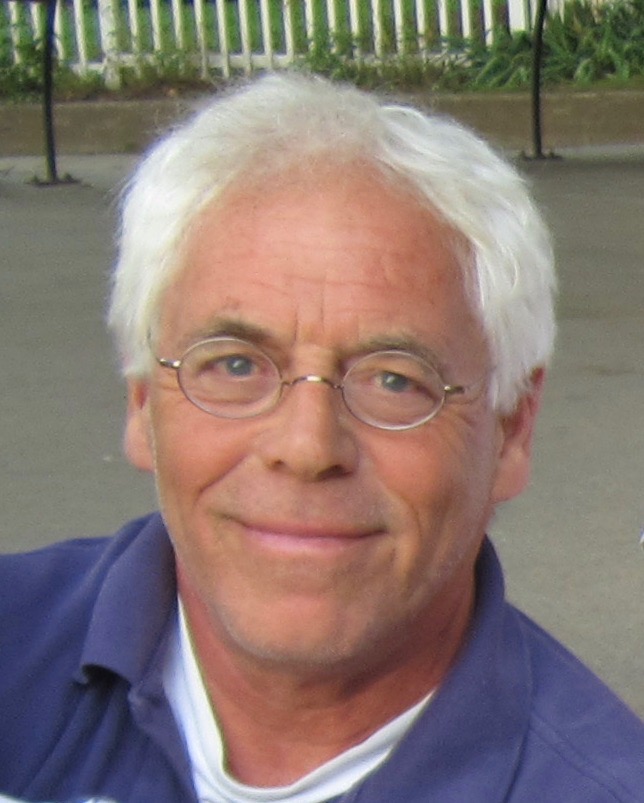 There will be a virtual memorial service held on Saturday, January 22, 2022 at 1:00pm. A link will be posted to landworksvt.com prior to the event.