The spirit of our beloved husband, father, brother, uncle, and friend, Willem Westpalm van Hoorn Jewett, left his physical body on Wednesday afternoon, Jan. 12, at his home in Ripton, Vermont, and surrounded by his family. His life was cut short by mucosal melanoma, but it was remarkably full and well-lived.  He was 58.

Willem was born August 23, 1963, in Larchmont, New York, the second son of Marianne van Hoorn and Joseph Jewett. The summer Willem was born, his parents bought 4 acres of land in Waitsfield and built an A-frame on Tucker Hill Road.  This simple two-room A-frame became the crucible in which Willem and his brother Joe’s love of outdoor exploration and adventure began.

Willem grew up in Westport, Connecticut, and graduated from Loomis-Chaffee School in Windsor, CT in 1981.  During high school he became an accomplished downhill skier and began a life-long series of cycling exploits, at one point riding 200 miles in a circuit around the campus as a project.  He continued to develop his athletic skills at Bowdoin College, where he captained the alpine ski team to two back-to-back division championships in 1984 and ‘85, and graduated in 1985 with a degree in psychology.

After college Willem wasn’t convinced he wanted to pursue a traditional career, and used the contacts he had made at Bowdoin to take a series of outdoor recreation related jobs – teaching sailboarding, coaching skiing, and working in bike shops – as well as pounding nails in construction jobs.  It was through his work coaching skiing at Keene State College that he met his first wife, Jean Cherouny, who was a talented ski racer.  Jean joined Willem in his adventure-filled lifestyle, which included living in the Waitsfield A-frame.  Willem and Jean ran a kids’ biking summer camp, nammed Mad River Riders, in Waitsfield in the 1980s that explored the trails on both the Waitsfield/Warren and Ripton/Goshen side of the mountains.

At a certain point Willem realized that this free-form lifestyle was not enough and, recognizing his aptitude for logic, he began to focus on preparing for law school. Willem entered the law program at Lewis and Clark College in Portland, Oregon and continued his fun-hog activities in the Northwest. Frequent trips were made to the Columbia River Gorge for sailboarding and to Mt. Hood for skiing.  He received his JD in 1994 and was admitted to the Vermont Bar in 1995.

Willem and Jean were married in 1992.  He joined Conley & Foote Law Firm in Middlebury in 1994 and remained with the firm until 2017, treasuring the friendships he made there, especially his relationship with Dick Foote.  Willem and Jean built a house in Ripton, where they raised their two daughters, Abigail and Anneke.

Willem was a creative problem-solver and joined the Ripton School Board in 1998.  His work on the board and interest in public service led him to a successful run for the Vermont House of Representatives in 2002. He served the towns of Ripton, Goshen, Hancock, Salisbury, Cornwall, and Leicester from 2003 to 2017,  including two years as the House Majority Leader from 2013 to 2014.

Willem was an effective and respected leader in the Vermont House of Representatives for 14 years. In his roles as Assistant Majority Leader and Majority Leader, Willem used his intellect, grit, humor – and occasional impatience – to build support for the causes that mattered to him, his constituents, and Vermonters during his legislative career.  In his eight years as a member of the House Judiciary Committee, he fought for equal access to justice for Vermonters, playing an important role in passing historic Marriage Equality legislation and working with the Chief Justice and others to reorganize the Vermont Judiciary. He passionately advocated for the adoption of measures to reduce the use of tobacco and e-cigarettes.  In 2012, he helped to create a redistricting plan that received overwhelming tri-partisan support in the Vermont legislature and national recognition for its nonpartisanship.

In his roles as Assistant Majority Leader and Majority Leader he used his wit, kindness, and intellectual agility – as well as learned patience and listening skills – to lead and support a large and opinionated group of legislators.  He loved co-organizing the annual Earth Day bicycle ride to the statehouse, bicycling the hilly 50+ miles from Ripton to Montpelier before work.

He did all of this while maintaining strong friendships that crossed party lines. He had incredible attention to detail in the work of crafting legislation; was clear, dignified and fair while presiding on behalf of the Speaker over House proceedings, and among friends and colleagues in the statehouse was generous with both his laughter and mischievous sense of humor.   He was extremely proud of his work to help pass Act 39, the Death with Dignity Law. Up until his last day, Willem lobbied for changes to Act 39 to make it more accessible for Vermonters who needed it.

In October 2017, Willem and his business partner and friend Jenn Blomback started Mad River Valley Law in Waitsfield. Jenn and Willem were a power team and built a business that is thriving.  Willem continued to guide others with legal counsel until a few weeks before his death.

Willem always found time for big adventures, often inviting any family and friends courageous enough to follow him. Some of the highlights include a trip to the French Alps in Alpe d'Huez, a mecca of road cycling. Along for the ride were treasured friends Mike Hussey and Carrie Herzog and Eklutna Kenney, as well as brother Joe and his family. With Mike and Joe, Willem planned and led a series of day-long rides tackling multiple climbs often featured in the Tour de France. Willem and Joe continued this style of adventure a few years later on a 10-day self-supported trip in the Italian Dolomites and Alps, including the mighty Passi Fedaia, Mortirolo, Stelvio and Gavia.

There were so many other great adventures on two wheels and skis. Willem was always the one with the plan. He always knew the route. One had only to trust him and not mind about getting a little lost.

Willem was a fierce cycling competitor and was devoted to his teammates at Jackalope Northeast Cycling.  He was typically among the top finishers in the several races he entered each year, including Vermont Overland, Rooted Vermont, Wilmington Whiteface, and the Green Mountain Stage Race.  During the years 2015-2019, he often went west – bringing Abi and Anneke with him – to compete and earned the silver belt buckle in two Leadville 100 races, won his division in the five-day Breck Epic, and podiumed for his division in the Breck 100.

During his last year of life, even during rigorous cancer treatment, Willem continued to seek adventures of all varieties.  Annual group camping trips to Kingdom Trails for mountain biking were highlights through his last summer.

Willem’s last four years were spent with Ellen Blackmer McKay, who brought motorcycle adventuring into Willem’s portfolio of fun. Ellen and Willem were married in Ripton last June. Willem and Ellen traveled to Iceland in 2019, where Willem competed in The Rift, a 200-kilometer gravel bike race through the volcanic highlands.  Their most recent adventure was two weeks camping and mountain biking in southern Utah with a group of beloved friends, where Willem rode the legendary Porcupine Rim and Hurricane Rim trails, among many others. Ellen and Willem were laying plans during Willem’s last few months for a trip next summer to bring the newly acquired Phoebe, a vintage wooden motorboat designed by his grandfather Albert Willem Westpalm van Hoorn, back from the Thousand Islands area of the St. Lawrence River up the Rideau Canal and down the Richelieu River to her new home in Lake Champlain.

Willem could add many credentials to his name, but to Ellen and to so many others who benefited from close proximity to his Pied Piper, full-tilt energy, he was Willem Jewett, FA, PF – Fun Actuator, Path Finder.

Willem is survived by his wife Ellen, his daughters Abigail and Anneke, and his brother Joe Jewett. They and others held his hands while he traveled out of the physical world on Jan.12, comfortably and peacefully in his own home.

Willem was deeply appreciative of the excellent care he received from Dr. Keisuke Shirai and his team at the Norris Cotton Cancer Center.  Four months before his death, Willem rode 100 miles with members of his cycling team, accompanied by his brother and daughter Abi, and raised over $20,000 for the Prouty fundraiser for cancer research.

The family is also deeply grateful to Dr. Diana Barnard and hospice nurse Stephanie Stoddard for the care they provided to all of us in Willem’s last days and hours.  Willem and Diana worked closely together during the crafting of Act 39, the Patient Choices legislation, to make Medical Aid in Dying available to Vermonters.  Willem was able to call the shots until the very end.

A memorial gathering will be planned when Covid allows, hopefully in the spring.His indelible memory will be left with so many. 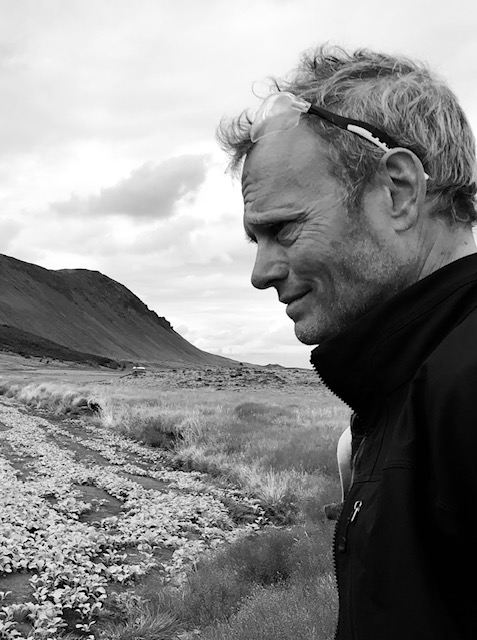