Ginny Walters died peacefully at her home at Wake Robin in Shelburne, Vt., on January 14, 2022, at the age of 96.  High-energy and quick-witted to the end, she loved to talk about all the advances in technology, science and gender equality over the nearly hundred years since she was born.

Ginny was born on May 26, 1925, to Walter and Natalie Fried in New York City, the middle of three daughters.  She valued her early years at Birch Wathen School in New York, a very progressive school founded by two women who were dedicated to providing both girls and boys with a rich education in the sciences and cultural arts.  Family summers on Paradox Lake in the Adirondacks were full of hiking, picnics, swimming, boating and quiet afternoons with a good book.

Ginny graduated from Smith College in 1947 and went on to earn her Master’s and PhD degrees in physics at Western Reserve University. She was among the first female physics PhDs in the US.  Ginny was a physics professor for many years, but her love of teaching really blossomed when she taught at Western Reserve Academy in Hudson, Ohio, where, as she said, the students had to do their homework and go to bed on time.  As one student’s parents wrote in a letter that Ginny saved for fifty years, “You have shown my son in a real and practical way what we all try to show our children: to think, to grow, to relate to other people…From the bottom of my heart, Mrs. Walters, I thank you.”

After dating every weekend in high school, Ginny married Richard (Dick) Walters in 1945.  They raised their family in Cleveland, Ohio, and were founding members of Holimont Ski Club in Ellicottville, NY, where they built a small chalet and hosted many raucus parties.  In retirement, Dick and Ginny sailed extensively throughout the Great Lakes, the East Coast, Nova Scotia, Newfoundland, British Columbia, Alaska, and Lake Champlain.  They became seasonal ski nomads, driving their homemade custom RV out West to ski every winter at the many areas where skiing was free if you were over 75.  Ginny went on to ski into her early 90s.

Ginny’s daughters and grandchildren have many endearing stories of Ginny explaining wave theory or teaching them calculus or patiently teaching them to ski or designing and knitting reindeer sweaters, which have now been passed along to Ginny’s great-grandson.  We all had a good laugh when we discovered a little card in her purse which in tiny print showed important physics constants such as Avagadro’s number (with a date of 1963 and a price of five cents).

Ginny wrote dozens of articles for physics publications, children's magazines, and sailing and travel magazines.  She loved puzzles of all kinds and was thrilled when, at the age of 86, she was called by NPR’s Will Shortz to participate in NPR’s Sunday puzzle, which she aced (https://www.npr.org/transcripts/144234795). Ginny could recite the lyrics of many Gilbert and Sullivan tunes, and we honored her 95th birthday with an adaptation, Professor of the Physical (https://www.youtube.com/watch?v=UTSw1hfFUGo).

At one point when Ginny had a brain scan after a spill on the tennis court, the young doctor looked at the scan and said that it must belong to someone else who was much younger.  The doctor had never seen a brain that big on an 85-year-old person.  Maybe that’s because every night when Ginny went to sleep, she did the squares and square roots of numbers.  Even in her last days, Ginny described to her daughters what her brain was doing as her body was failing.

Ginny passed along to her children and grandchildren her lifelong dedication to environmental awareness. For her, as a child of the Depression, there was no such thing as throwing things away.  As she downsized in recent years, she reminded us that items could be re-made, re-used or given away.  Ginny was deeply disturbed by the quadrupling of the world’s population over her lifetime, a rate of growth that she recognized as unsustainable.  She hoped that the next generations would be able to rein in that growth and help relieve the earth’s overuse.

Ginny dedicated her time to causes she believed in. She volunteered for twenty years meticulously maintaining the donor database at Planned Parenthood, as she believed fervently in the organization’s work.  She also chaired the Wake Robin computer committee for twenty years, assisting residents with their technology.

Dick and Ginny collaborated in the founding of Patient Choices Vermont (PCV) in 2002.  Their joint leadership was instrumental in the passage of Vermont’s Act 39, which allows medical aid in dying for terminally ill Vermonters.  Ginny was the backbone of the organization, handling the supporter database, website, communications and finances, while brainstorming with Dick to forge a successful strategy.

A memorial gathering will be held at a later date.

Ginny requested that, if desired, contributions in her memory be sent to Patient Choices Vermont, PO Box 671, Shelburne, VT  05482 (https://www.patientchoices.org/donate.html), or to Planned Parenthood of Northern New England (https://www.plannedparenthood.org/planned-parenthood-northern-new-england/get-involved-locally/donate-copy). 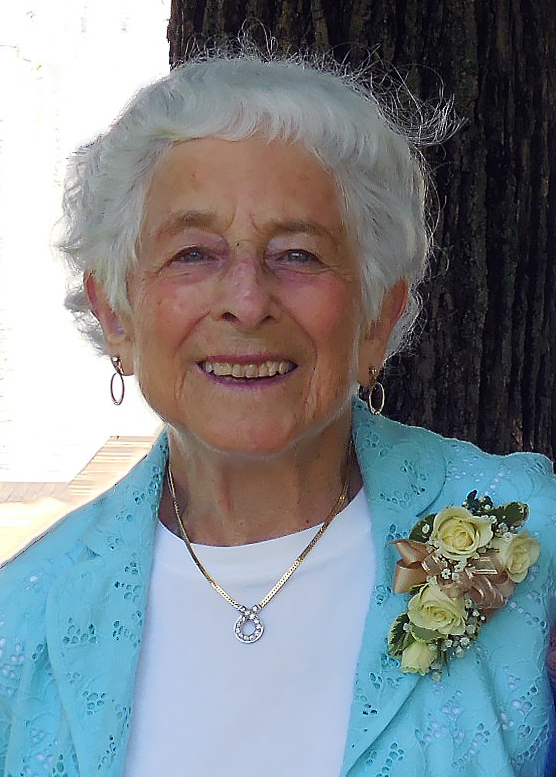 A memorial gathering will be held at a later date.

Ginny requested that, if desired, contributions in her memory be sent to Patient Choices Vermont, PO Box 671, Shelburne, VT  05482 (https://www.patientchoices.org/donate.html), or to Planned Parenthood of Northern New England (https://www.plannedparenthood.org/planned-parenthood-northern-new-england/get-involved-locally/donate-copy).