On February 1, 2022, heaven gained a lifelong farmer and generous friend. Yvan Gilbert Joseph Plouffe was born on September 30, 1937 to Romeo and Deliose (Lambert) Plouffe in Quebec, Canada.  The sixth of ten children, Yvan moved to Charlotte in 1956 with his parents and bought their Carpenter Road farm in 1966. He continued to grow the dairy farm until 1986, when he participated in the dairy buyout.  ‘Retirement’ didn’t last long, however: he continued haying and kept a large herd of beef cattle until 1996.

Yvan wasn’t one to sit still, and his hobbies were plentiful. He was a master at beekeeping and collected honey by the gallons using his ‘special’ smoke.  Maple sugaring was one of his many passions, and he would throw the best old-fashioned sugaring parties.  Each year, family would travel from as far as California to attend a mud-filled weekend of sugaring.  After collecting and boiling the sap, these weekends ended with a party that extended to friends, neighbors and ‘friends of friends’.  Hotdogs, pickles, beans, ham, ‘palettes’ of syrup, sugar on snow and maple cream were served to hundreds of visitors each year.

Flowers and plants of every variety took root at Yvan’s home. He initially grew roses for his mother, which developed into a greenhouse of remarkably fragrant roses.  He gave thousands away each summer or traded them for produce at the farmers market.  He perfected the art of growing tomatoes, and produce was abundant from his garden: Yvan and his sisters made freezers full of spaghetti sauce and soup each summer.  His orchard also expanded, and peaches, plums, apples and grapes grew in all corners of his property.

After harvesting thousands of board feet of lumber from the farm, Yvan built his house, woodshop and a sugarhouse on the hill while making tables, cutting boards and bird feeders on the side.  The Charlotte Senior Center is graced with his handcrafted tables, and many family members own his maple, elm and beech farm tables as well.

Ever the artisan, Yvan took up pottery as a winter hobby at the Shelburne Craft School. He created hundreds of bowls that enhance his family and friends’ kitchens.  He also appreciated art in many forms: abstract art pieces and metal chickens adorned his property, and a concrete fork and spoon marked his driveway entrance. This was a clear landmark for Yvan’s many visitors, who were told to “turn right at the fork in the road”!

Yvan spent most days in his trusty Subaru, traveling through every corner of Chittenden County. He typically put 30,000-40,000 miles a year on his cars while delivering roses, maple syrup and produce to friends near and far.  There was always a box of dog treats in his car, and local dogs quickly learned to recognize his car!  His interests were eclectic and diverse – his book collections ran from art, cookbooks, and gardening to WWII history and religion. Classical music always played in his woodshop, car and home.

Helping others was what Yvan did best, and he always believed in sharing the grace God gave him.   He was always making ‘deals with God’, and somehow, God allowed him to follow through on them. His friends are numerous and far-reaching – anyone who met Yvan rarely forgot his generosity or personality.  His life was documented by many through interviews, articles, and documentaries.  Thank you to the local reporters who lovingly captured Yvan’s life throughout the years: Kenneth Peck, Natalie Stultz through VT PBS and Joe Carroll at WCAX.  Thanks to Hope Hospice in Fort Myers, FL for your wonderful care of Yvan in his final weeks of declining health, upon what was supposed to be just a short winter’s vacation.  Your gentleness and compassion will always be remembered.

Yvan is survived by his brother Norman (Evelyn) of Montreal, Canada, and sisters Laureanne Plouffe & Agnes Lussier (Renald) of Charlotte, Edith Robinson (Jim) of Isle LaMotte/Ft. Myers and Danielle Wineman Zimmermann (Peter) of Virginia. He was predeceased by his parents, along with sisters Denise and Constance, and brothers Cyril and Bertrand (all of Canada).  He leaves lots of cousins and three generations of nieces and nephews that looked up to him with love, respect, and lots of laughter.  And his many, many friends, too numerous to mention – may you all know the joy you brought to his life.

A celebration of Yvan will be held late later this year, in order that his Canadian family and friends can attend.  In lieu of flowers, please consider donations to the Hope Hospice in Ft. Myers, FL, or plant a rose bush in Yvan’s honor. 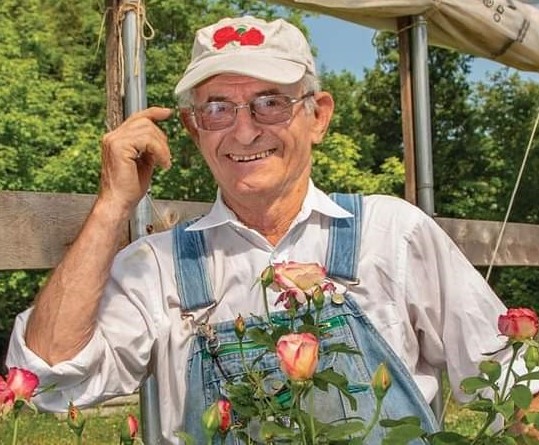 A celebration of Yvan will be held late later this year, in order that his Canadian family and friends can attend.  In lieu of flowers, please consider donations to the Hope Hospice in Ft. Myers, FL, or plant a rose bush in Yvan’s honor.