Oda Waller Hubbard, a long-time resident of Shelburne, died on Thursday, February 3, 2022. She was 96 years old and lived independently.

Oda was born in Hilversum, Netherlands on August 17, 1925 to Jacob Marinus Waller, a Dutch engineer, and Caroline Warner Schoverling of New Milford, Connecticut. Oda studied horticulture at the Tuinbouwschool Huis Te Lande institute and following the Nazi occupation of Holland during World War II, emigrated with her parents and sister to the US in 1946, where she attend Harvard University Graduate School of Design (GSD), first in landscape design before transferring to architecture where she was among the first female architecture students at Harvard. At Harvard Oda met her husband, fellow architecture student, Charles Joseph Hubbard. In 1956 the couple moved to Burlington where Charlie established his architecture practice with Barr, Linde, Hubbard, Architects. In 1961 the couple designed and built a home in Shelburne where they raised their four children. Charlie died in 1989.

While Oda never practiced architecture professionally, she loved design, and put a great deal of thought into the visual experience, both in her gardens and her home, where she created beautifully balanced interiors of antiques and mid-century modern. For 13 years Oda created the simple, yet elegant flower arrangements for the restaurant Christophe’s on the Green in Vergennes. Oda brought her talents to her work at the Shelburne Museum where she volunteered for many years in Special Collections and helped organize events such as the museum’s 4th of July celebration. She drew a great deal of pleasure from handling and researching American and European antique furniture and objects and loved any opportunity to create a small exhibit. From 1993 to 2015 Oda also served on Shelburne’s Historic Preservation and Design Review Commissions, where she was recognized for “her commitment to attractive, contextually-appropriate, and sensible (or shall we say ‘not too fussy?’) design.” Oda retained her love for design until her death and liked nothing better than to be driven around to look at old and new buildings and critique facades, window placement and roof lines!

Both Oda and Charlie were very keen to preserve Shelburne’s woods and farmland and worked with the Nature Conservancy to add 100 acres of their property to the Conservancy’s land to the west of Shelburne Pond in the 1970s and donated nearly 100 acres between Irish Hill Road and Bishop Road to the Vermont Land Trust in the 1980s. In 1963, Oda and Charlie played a leading role in the organization of the Shelburne bi-centennial, an event that attracted national press coverage to what was then a small agricultural town.

Oda was committed to a progressive education for her children and was a very involved parent in the early days of Burlington’s Overlake School and the Children’s School, the Schoolhouse in Charlotte and the Alpha program at the Shelburne Middle School. For many years she was an active parent in the Charlotte Pony Club, including as co-district commissioner, despite never having ridden a horse herself! Oda also took a great deal of interest in all of her grandchildren’s educations and regularly attended classroom observation days and student performances at the Lake Champlain Waldorf School in Shelburne.

Oda remained “very Dutch” throughout her life with a progressive, down-to-earth view of the world and Old World reserve. She remained connected to her Dutch family still living in the Netherlands, and until her death she would sing Dutch patriotic songs before getting out of bed in the morning and liked nothing better than a bit of Deventer Koek spice cake and a cup of tea in the afternoon. A keen reader of archeology and history, a few days before Oda died she was deep into a 1920’s German-language account of the Bolshevik Revolution, amazed that she could still read in German at 96.

Oda’s wisdom, interest in others and cheerful outlook on life, enabled her to form relationships with people of all ages. In her 80s Oda suggested that the Shelburne Supermarket add a table and chairs by the front window for patrons to share a cup of coffee, a spot that exists to this day. In the last year of her life Oda continued to connect with others whenever possible, and in doing so made several new and wonderful friends.

A garden celebration of Oda’s life will be held in early June. Gifts in her memory can be made to the Committee on Temporary Shelter (COTS), Shelburne Farms, the Vermont Land Trust and Camp Glen Brook in Marlborough, NH. 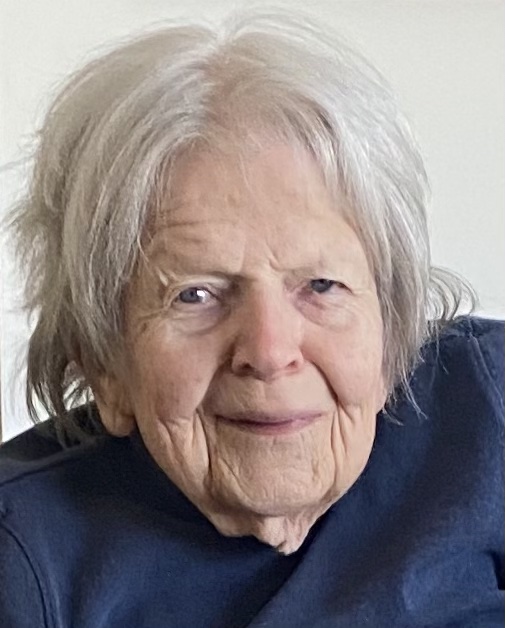 Born in Hilversum, The Netherlands

A garden celebration of Oda’s life will be held in early June. Gifts in her memory can be made to the Committee on Temporary Shelter (COTS), Shelburne Farms, the Vermont Land Trust and Camp Glen Brook in Marlborough, NH.