Stanley Snider, 94, Chairman Emeritus of Stanmar, Inc. based in Wayland, MA died at his home in Needham, MA on Monday, April 4, 2022.

For nearly a quarter century, Stanley was one of the largest private employers in Vermont and helped turn the town of Cambridge, where he was the largest taxpayer and employer, into a “resort town.”

In 1968, Thomas Watson, IBM's CEO and the Steve Jobs of his era, hired Stanley to develop real estate at Smugglers’ Notch Resort ("Smuggs"), where Watson had just built a ski lift on Morse Mountain and wanted to develop the base so, as at Vail, CO, skiers could walk from a condo to the ski lift. Watson also owned a third of the adjacent Stowe ski resort and in 1957 launched the semiconductor manufacturing facility in nearby Essex Junction, today owned by GlobalFoundries. Skiing at Smuggs was a draw for recruiting workers to Watson’s nearby plant.

Watson, who had served as Stanley’s mentor, had a heart attack in late 1970. In 1973, he sold the resort to Stanley, excluding the 1,500 acre Sterling Forest (also known as “Watson Forest”), which covered the backside of Madonna Mountain and is now a beloved public hiking area. Stanley, in turn, would “sell” the Resort in November 1996 to the man he had hired as its manager, just as Watson had done with him. The last payment to Stanmar as part of that transaction did not occur until March 2021.

Depending on the methodology used to count, Stanley was also one of the largest private employers in the State of Vermont. The resort was like a combination private business and local government, as the town provided the resort with few services. The vast majority of the more than 1,000 “employees” on the payroll were seasonal help for services such as ski school, ski patrol, ski trail maintenance, housekeeping, children’s camps, food services, tennis instruction, swimming pool operations, grounds maintenance, home maintenance, real estate sales, trash collection, security, water and sewage processing, and road maintenance. At one time or another in their lives, a remarkable percentage of Vermonters in both Chittenden and Lamoille counties have worked at the resort—to say nothing of having had a family member ski there. Today, Smuggs has 686 homes, nine ski lifts, and fourteen swimming areas.

Stanley, other than building Smuggs, was notable for shifting the resort’s focus to the family market—and for summer in addition to winter activities. Originally, Watson sought to compete directly with Stowe. He gave Stanley a list of his high-tech friends, and they tended to serve as the original nucleus for the Village at Smugglers’ Notch. Watson himself had his vacation home at the nearby base of Mt. Mansfield, where he would invite Stanley’s family for his annual Christmas party, an exciting event for Stanley’s children. After buying the resort, Stanley decided he didn’t want to compete with Stowe, which is why he did everything he could to attract families, especially families with young children. No other ski resort at the time was similarly focused on that market. Today, it’s a much more competitive market. But Smuggs has continued to be recognized for its excellence in serving that market.

In the early 1960s, before Watson invited Stanley to develop Smugglers’ Notch Resort, Stanley was the A-frame king, building hundreds of A-frame vacation homes (also called ski chalets) throughout New England. For Maria von Trapp, he also built the Trapp Family Lodge in Stowe, which would burn down and be replaced by the current lodge. The early 1960s was a period when skiing greatly expanded as a recreational activity in both Vermont and the U.S. more generally.

Stanley’s family has owned a home at Smugglers’ Notch Resort since 1969. Stanley’s younger son, formerly of Burlington, has spent time at the resort every year since 1968 and in the early 1990s served two terms on the Burlington School Board. One of his granddaughters, Pallas Snider Ziporyn (Christopher Ziporyn), and three of his great grandchildren, live in South Burlington.

Stanley’s wife, Mary Ann, designed the interior of every home in the Village at Smugglers’ Notch. She was the “mar” in Stanmar, the parent company that owned the resort.

Stanley was the second of four generations to lead the family building businesses. From the original family business, started by his father, Harry, Stanley created Stanmar, a company he was fiercely proud of. His hero was Henry David Thoreau, whose writings inspired him during his youth to pursue his quest for individuality—his willingness to swim against the tide, an attribute of Stanley’s entire life. Always innovative and a problem solver, Stanley anticipated the future, hence the title of his memoir, Mr. What If.

Stanley shifted his company into building suburban churches, YMCA’s, and then vacation and residential communities. He and Mary Ann worked together to create these residential communities, delighting in providing meaningful multigenerational experiences and lifestyles for others to enjoy that continue to this day. As Stanley liked to say, “Community building was our business.” Today, Stanmar is a leading designer and builder of facilities for private schools, universities, Boys and Girls Clubs and country clubs, and a developer and operator of unique island resorts.

Stanley and Mary Ann loved to travel, especially to Japan where they shared a passion for Japanese landscaping, culture and pottery; they loved to ski and bike ride, always meeting new friends along the way and creating meaning in the lives of others. They were avid art collectors and lifetime supporters of Boston's Museum of Fine Arts.

Stanley created the Summer Institute on Martha’s Vineyard at the Hebrew Center in the 1990’s—a think tank of speakers and topics intended to provoke discussion and togetherness. Today the Summer Institute is a robust organization with broad appeal and interest throughout the island.

A graduate of Phillips Academy, Harvard University, and Harvard Business School, Stanley continued to learn throughout his life. To keep his mind active year-round and to stimulate others, after retirement from Stanmar, Stanley started many men’s discussion groups in Boston, Martha’s Vineyard and in Jupiter, FL, making new and close friends along the way at every turn.

Stanley is survived by his beloved wife, Mary Ann (Kane) of 68 years, his two sons, Mark and J.H. (“Jim”), and their spouses, Gwenn (Masterman) and Terra (Ziporyn), six grandchildren, and four great-grandchildren.

Stanley is survived by his beloved wife, Mary Ann (Kane) of 68 years, his two sons, Mark and J.H. (“Jim”), and their spouses, Gwenn (Masterman) and Terra (Ziporyn), six grandchildren, and four great-grandchildren. 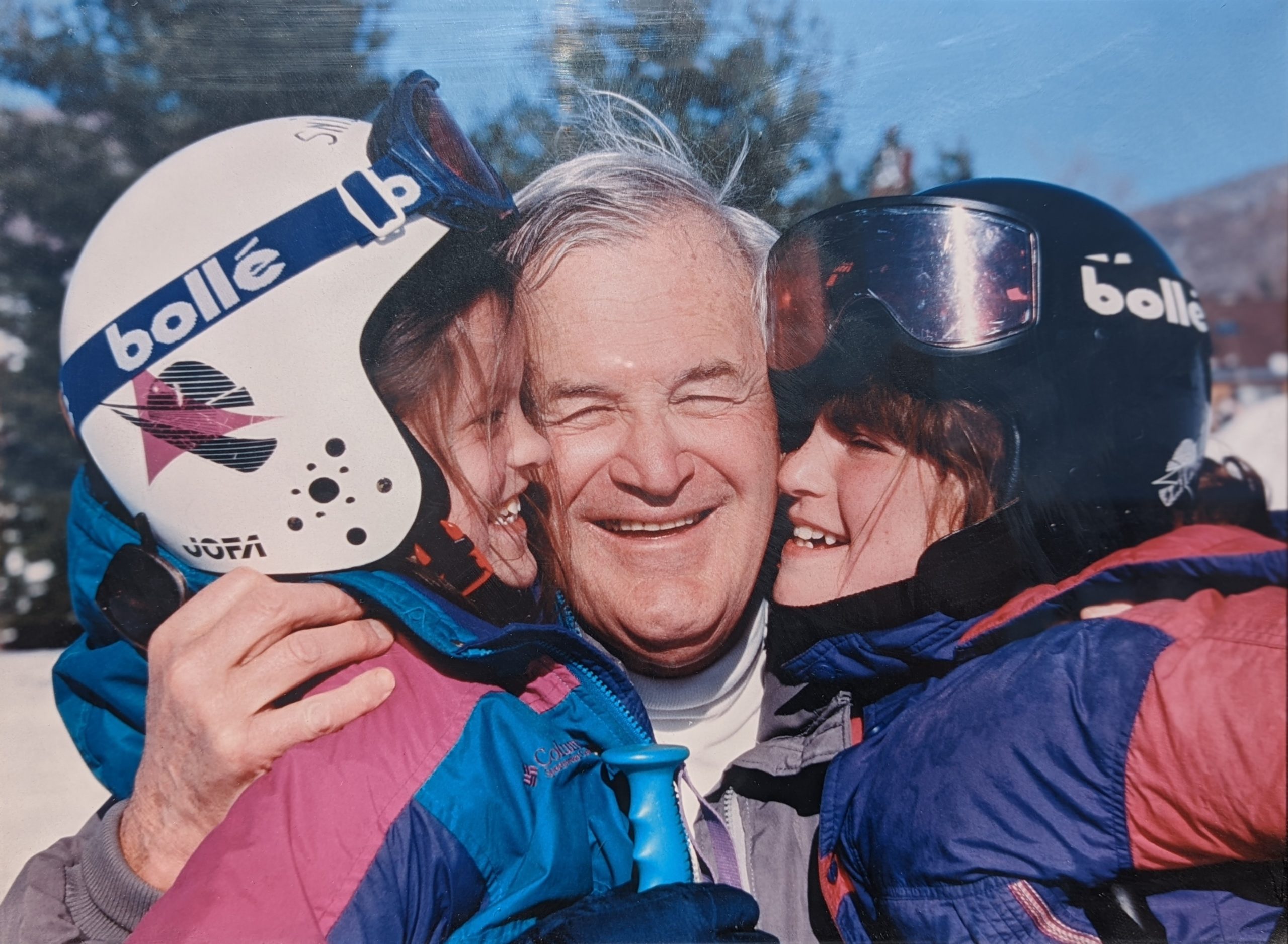