Stephen and Djeswende Reid, dynamic pair of humanitarians brought out the best in each other

Stephen Leavitt Reid and his wife Djeswende Pasgo Reid tragically died on Monday, April 18, 2022.  Steve was born in 1955 in Concord, New Hampshire, the second of five children of William and Peggy-Ann (Leavitt) Reid. Djeswende, affectionally known as Wendy, was the eldest daughter of nine children, born in Benin in 1956 to Bila and Poco Pasgo.

A man of great learning dedicated beyond the call of duty, gifted yet humble, Steve grew up in a lively and loving home in south Concord. Steve attended Concord schools graduating from Concord High School in 1973.  An avid athlete, he played defensive back for the CHS football team and made 3 interceptions in a single game which up until that time had never been done at CHS. Steve later attended the University of Notre Dame where he graduated with highest honors in 1978 with a degree in English. After receiving full scholarships to several law schools, Steve decided to pursue a career in public service, starting by joining the Peace Corps.

In 1979, Steve’s first overseas assignment took him to the small town of Madaoua in Niger, West Africa where he taught English. In 1982, Steve returned to the United States to take a position at Peace Corps headquarters in Washington, D.C., as a liaison to several West African countries. It was there that Steve met the love of his life, Djeswende (Wendy).

Although Wendy was raised in Togo, both her parents and the extended family hailed from Burkina Faso. As the daughter of a prominent pastor in the Assemblies of God Church, she was raised with, and maintained, a deep-rooted faith.

Wendy applied to and earned scholarships to attend college in the United States. While an undergraduate in Washington, D.C., Wendy was introduced to Steve via a mutual friend who told her that he knew an American who spoke Hausa (a West African language) and Parisian French well enough to meet her conversational standards.  Upon meeting Steve, Wendy went from disbelief to impressed. It took several invitations to play tennis from the timid Steve Reid, as well as a hint from Wendy’s college roommate for her to understand the romantic intentions behind those invitations.

Wendy was as outgoing and extroverted as Steve was introverted and reserved; in short, they made a dynamic pair who complemented one another and brought out the best in each other.  From both sides of the Atlantic, the Pasgo and Reid families recognized Wendy and Steve’s genuine love for each other and blessed their 1984 marriage in Senegal. However, Steve and Wendy ensured their children were born in Steve’s native Concord, NH. In 1986 their first child, Lindsay Wenkouni Reid arrived, followed in 1990 by the birth of their second child, Brian Daniel Reid.  Steve and Wendy provided their two children with abundant multicultural childhood experiences, and instilled in them a sense of global community, love of humanity and human diversity in all its forms, hard work, courage and integrity.

In 1989, Steve was recruited by the U.S. Agency for International Development (USAID) to work with a local NGO (non-governmental organization) headquartered in Burkina Faso dedicated to addressing the interrelated issues of climate change and food security in West Africa. Here Wendy worked first as a Personnel Assistant and later as a Community Liaison Officer for the American Embassy.

Steve excelled in the field of international development and became a career Chief of Party, directing USAID-funded projects in Bangladesh, Burkina Faso, Liberia, Niger, Senegal and Haiti for Tetra Tech (formerly Associates in Rural Development) and The Mitchell Group. Always respectful of local people and cultures, Steve was an exceptional leader of multicultural teams. Soft spoken and down-to-earth, he easily gained the respect, love, admiration and trust of those he served as a living embodiment of humility, hard work and compassion.

Later they moved to Burlington Vermont where Steve served as a Senior Associate for Democracy and Governance at ARD Inc. (presently Tetra Tech ARD) and Wendy served as a Program Coordinator at Vermont Refugee Resettlement, a field office of the U.S. Committee for Refugees and Immigrants.

In 2009, the couple accepted an assignment in Haiti where Steve worked on a USAID-funded local governance project to increase transparency and improve collaboration among municipalities. Steve and Wendy were in Port-au-Prince during the devastating earthquake of 2010.  Instead of evacuating the country like most foreigners, they chose to stay. Steve helped shore up the municipalities most impacted by the earthquake and Wendy supported efforts to protect internally displaced persons as an Administrative Coordinator/Interim Program Manager, again for the U.S. Committee for Refugees and Immigrants.

After retiring in 2019 from Niger, Steve and Wendy finally returned to Concord with the intention of spending the rest of their lives with family and old friends whom they loved so much. After a gap of several decades, Steve returned to playing tennis, and enjoyed the challenges and camaraderie of doubles competitions.  Spurred on by the pandemic's emphasis on outdoor activities, Steve and Wendy enjoyed hiking together on Concord's vast trail system.

Although not a publicly affectionate man, Steve left a trove of romantic letters written to his wife. Forming a remarkable team throughout their married and professional lives, Steve and Wendy lived and died next to each other, united for better or worse, when their lives were cruelly taken on April 18th.

This exceptional couple will be remembered for an impressive list of humanitarian accomplishments. Their lifelong contributions to making the world a better place have left an indelible mark on the lives of many people around the world, their children and all who knew them. It can be said that the two were loved and respected by all of those with eyes to see and ears to hear. They will be greatly missed.

Steve and Wendy were predeceased by Steve’s parents William and Peggy-Ann (Leavitt) Reid, and Wendy’s parents Bila and Poco Pasgo. They are survived and mourned by their daughter Lindsay Wenkouni Reid and husband Nathan Reynolds of Vermont; son Brian Reid and wife Jackelina of Florida; brothers and brothers-in-law; Peter Reid and wife Barbara of Concord; Mark Reid and wife Isabel of Miami, FL; Scott Reid and wife Marion of Warner; Jacob Pasgo and wife Happy Pasgo of Ouagadougou, Burkina Faso; sisters and sisters-in law; Susan Forey and husband Rod Forey of Concord, Marie Pasgo and Elise Pasgo of Lomé, Togo; brother Benjamin Pasgo and his wife Delphine of Lomé, Togo; as well as many beloved nieces, nephews and cousins. 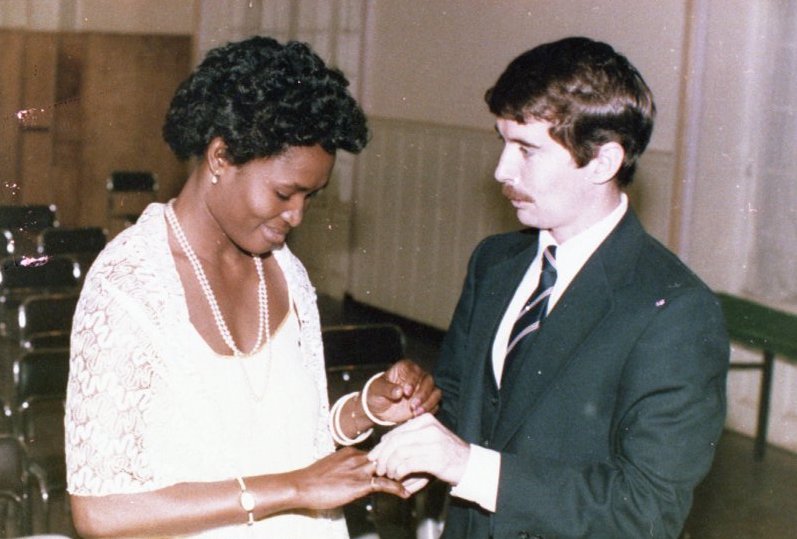 A memorial service celebrating Steve and Wendy’s lives will be held June 24 in Derry, New Hampshire. The exact time and location will be posted on the website of Waters Funeral Home (https://www.watersfuneralhomeconcord.com/obituary/stephen-and-d-reid). There will be another memorial service in Togo and/or Burkina Faso at a later date. In lieu of flowers, memorial donations may be made to PCI Media (www.pcimedia.org), and Doctors Without Borders (www.doctorswithoutborders.org).