A hawk circled over Berlin Hill as Barbara Elsbeth was received by the ancestors, through rays of golden light and the bluest sky she'd ever seen before. Radiant, having dispatched her pain as baked earth effigy into the arms of willow that had revealed visions before, water to cleanse air to clear.

Barbara was born on August 30, 1939 on the eve of a seismic global shift, to Edward Francis and Anne Blake Smith of Parkchester in the Bronx, New York City. Premature at birth, she was a New York Worlds Fair “Incubator Baby”  on display at the “World of Tomorrow” pavilion, testament to her tenacious nature.

She attended St. Helena High School, where the humble demeanor and frayed vestments of Monsignor Scanlon left a lasting impression, as did time volunteering on the St. John’s Guild Floating Hospital ship for the city’s poor and underserved. Receiving a degree in occupational therapy from Mount Mary College in Milwaukee, she went on to become Director of OT at Rhode Island State Hospital and would later work in hospice and elder care.

Barbara was active in the Catholic Worker’s Movement, civil rights, feminism and opposition to the war in Vietnam, and greatly admired Rev. Daniel Berrigan, Dr. Martin Luther King, Dorothy Day and Pete Seeger. As a young mother in Woodbury,CT, Barbara would pack her kids into the car with handmade signs and visit the federal prison in Danbury to demand the release of the Berrigan brothers and she regularly brought the family to vigils protesting the Vietnam War and incarceration of leaders in the Black Panther Party.

She settled in Waitsfield, VT in 1975 and raised her four children, Christopher, Anne, Paul and Peter, in creativity- filled environment that carried into their adult lives: art, literature, song, sewing and puppet making, gardening- and all the kids grinding grain for bread, pizza and bagels and shaping their own small raisin pies.

She became involved in education as her children came of school age. She taught in Montessori schools, conducted workshops and strove to steer public school systems in a more progressive direction. She received her MA in Arts Education at UVM and taught at Harwood Union High School, and is remembered as warm and accepting, treating each student with dignity. She made learning about art an intellectual pursuit as well as a tactile and expressive one. Later she was on the faculty of Burlington College,  conducted workshops in various colleges and worked with elders to tell their stories through different mediums.

Her own artwork is a deeply personal exploration of light and pain, reverence for the beauty of the world and her relation to the divine. she eschewed exhibiting or commodifying her work, believing that to be almost profane.

She immersed herself in the exploration of Ifa faith and divination, of the Yoruba culture of Nigeria, through artwork, spiritual life and scholarship, deepening her connection to nature, magic and veneration of the dead. Her doctoral work and teaching in this area was cut short by tragic personal events.

Barbara was a seeker of natural settings and culture, embarking on epic day trips in her old Saab to Lake Elmore, Boulder Beach and Kettle Pond to sketch and paint children on the beach, and to Middlebury College and UVM libraries and art exhibitions. She was known at every thrift store around, and filled her home with “treasures”. Her world class used VCR tape collection was the stuff of legend.

She had the unique ability to connect with people, instantly deep, seemingly random, creating lasting friendships. Seeking community wherever she went, she is remembered, cherished and missed by all she touched.

Her body was anointed, shrouded and shouldered down her final earthly winding path to the accompaniment of spiritual songs, and put into the ground behind her daughter’s home, surrounded by living friends and family.

Barbara is survived by her children Christopher, Anne and Peter (Hillary Gardner), her grandchildren, Ruby, Ella, Theo, Lorenzo, Nico and Nevin, and her brother, John Edward Smith. She was predeceased by her beloved son Paul.
In lieu of flowers, please consider throwing your television out the back door.

Barbara is survived by her children Christopher, Anne and Peter (Hillary Gardner), her grandchildren, Ruby, Ella, Theo, Lorenzo, Nico and Nevin, and her brother, John Edward Smith. She was predeceased by her beloved son Paul. 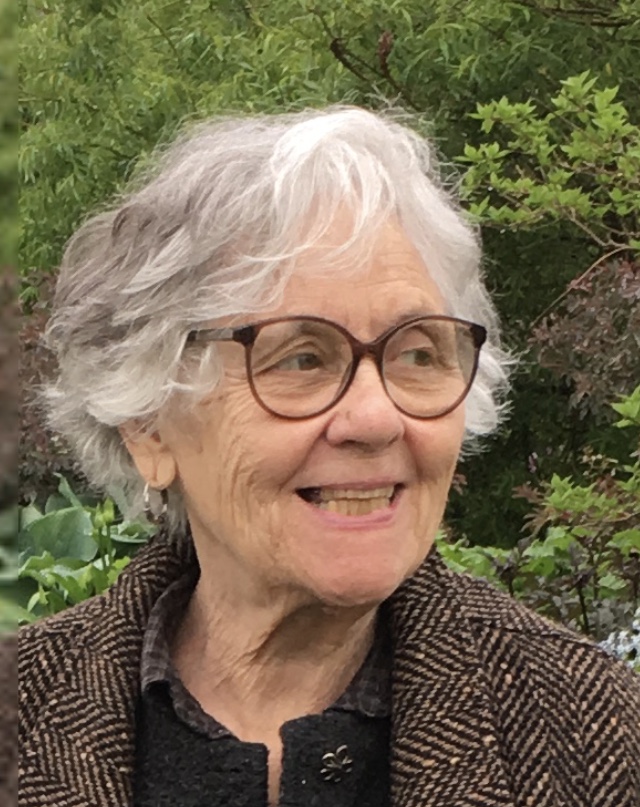 In lieu of flowers, please consider throwing your television out the back door.