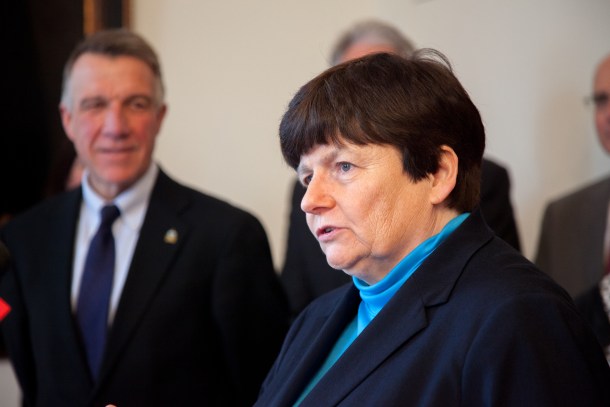 [A] major credit rating agency dropped Vermont’s bond rating Wednesday, citing the state’s aging population and a statewide labor force that has been “flat to declining” in the past decade compared to growth across the country.

Fitch Ratings' announcement that it had dropped Vermont’s sterling AAA bond rating marked the second downgrade the state has seen from a top agency in the past year. The agency now rates
Vermont at AA+, the second-highest rating.

Bloomberg reported that the move is Fitch's first credit downgrading of a state in two years — since the agency downgraded Alaska in 2017.

In a report outlining its decision to drop the rating, Fitch wrote that it anticipated “limited growth in Vermont’s revenues...given the state’s modest economic growth prospects.”

“The growth prospects are the concern that are leading to our downgrade here,” Fitch’s lead for Vermont, Eric Kim, said on Thursday.

“We have a lowered view of the state's growth prospects and the state's ability to raise revenue from its tax base,” he said.

They said that the downgrade was not unexpected, although the state had taken extra steps this year to fund pension and other debt obligations, and boost reserve funds.

The officials wrote that Vermont's “demographic challenges continue to overshadow all of our other efforts.”

“We need to continue to work together, as we have with the pension liabilities, to further advance policy initiatives that bring more people to Vermont and more people into our workforce,” Scott and Pearce wrote.

Vermont’s latest downgrade could increase the cost for the state to borrow funds.

In October, David Coates, a retired managing partner at KPMG-Vermont who worked on a 2010 state commission that was formed to address public retiree health benefit plans, said that the state’s top rating from Moody’s had saved the state about $10 million in borrowing costs per year.

But the governor said on Thursday that until the state returns to the bond market, it’s unclear how Vermont will be impacted.

The treasurer was not available for comment on Thursday.

Scott told reporters that state officials have spent a lot of time on the phone with ratings agencies this year, making the case to prevent downgrades.

“They like what they see, but they keep going back to, 'it’s your demographics, that’s your problem. You need more people in Vermont,’” Scott said.

“While it’s concerning to have a downgrade from my standpoint it reinforces the fact that we need to take charge of this. We need to bring more people into Vermont, be more welcoming, satisfying the workforce challenges that we have.”

“Efforts like that are indicative to us that the state recognizes those challenges,” Kim, of Fitch, said.

The agency’s report also said that while in recent years Vermont’s population has seen decreases, for the past two years declines have leveled off.

Thanks for reporting an error with the story, "Aging population and flat growth prompt bond rating downgrade"