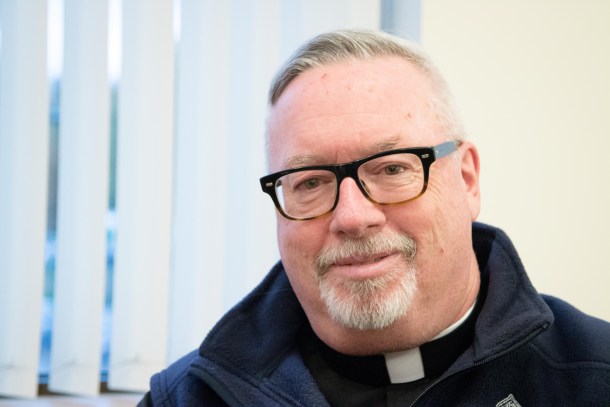 “We’re talking about a law that would allow a child to be aborted right up to the moment of birth.”
Vermont Catholic Bishop Christopher Coyne at a public meeting in Rutland on Feb. 6.

[V]ermont’s Catholic Church has jumped into an emotional debate over a new bill that would codify abortion rights in the state statute.

Vermont has joined a number of states that are reconsidering abortion laws after the appointment of Justice Brett Kavanaugh to the Supreme Court, which gave the court a conservative majority. Abortion rights advocates fear that majority imperils the landmark Roe v. Wade decision.

Christopher Coyne, bishop of the Roman Catholic Diocese of Burlington, did not join a public hearing on H.57, a bill that supporters say codifies existing abortion access into law, saying that his moral authority in the Statehouse has been undermined by priest abuse scandals.

But the bishop told parishioners earlier this month that he is adamantly opposed to the the bill.

“We’re talking about a law that would allow a child to be aborted right up to the moment of birth,” Coyne said. “It’s taking us to a place where we’re literally killing babies.”

While Vermont’s Republican governor says he supports a woman’s right to choose, he has declined to weigh in on the bill as conservative opposition has mounted.

Abortion rights advocates say the law simply puts existing practice into law. Those who oppose abortion say the legislation will allow mothers and physicians to end a pregnancy at any point until birth.

Could both sides be right? We decided to check the facts.

Asked about his position on the law, Coyne pointed to section 9497, which prohibits public entities from restricting abortion access.

“This section prohibits (makes illegal) any restrictions placed upon a woman's right to have an abortion. No such restrictions are named in the bill, but would include any restrictions involving gestational age of the unborn child,” he wrote in an email.

“The bill, therefore, codifies a woman's right to have an abortion at any time during a pregnancy, for any or no reason, up until full-term birth,” he added.

That would be true, if medical professionals did not adhere to their own policies and ethical practices. But it’s not a change from the current legal structure for abortion in Vermont.

Brynn Hare, the legislative counsel working on the abortion bill, sent out a memo on Jan. 27 describing Vermont’s existing laws around abortion, and how the proposed law would impact current access and practices.

“In Vermont, there is an unrestricted legal right to get an abortion regardless of age or marital status,” she wrote. “There is no requirement that a person notify or get permission from a parent, guardian, or spouse prior to getting an abortion.” 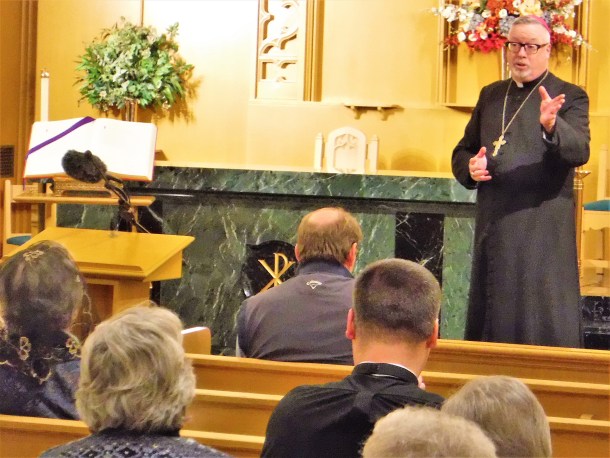 The Vermont Medical Society testified before the House Human Services Committee on H.57 earlier this month.

“Vermont law currently is silent on abortion and allows abortion with no restriction,” it said. However, in 2016, the latest year for which abortion data is available, “91.7 percent of all Vermont abortions happened within the first trimester (12 weeks or less) and only 1.3 percent of Vermont abortions occurred in 2016 after 21 weeks.”

Data from the Centers for Disease Control on abortions nationwide in 2015 shows that seven abortions were conducted in Vermont after 21 weeks -- 0.7 percent of all abortions in the state -- but doesn’t give a more specific breakdown for when those procedures were performed.

The medical society added that women do not elect to terminate pregnancies in the final few months, as opponents of H.57, like Coyne, suggest.

“‘Late term’ abortion is a social construct introduced to create an image of an elective abortion that happens closer to 8-9 months, which does not happen and is not a term that is used medically,” the society says.

And even if a woman wanted to abort a pregnancy that late, there are no providers who would do it in Vermont, according to the medical society.

“No abortion providers in Vermont perform elective abortions in the third trimester,” it says.

Lucy Leriche, the vice president of public policy at Planned Parenthood of Northern New England, said the only time when a woman might get an abortion that late in their pregnancy would be “under really severe circumstances for health of mother or because the viability of pregnancy is at risk.” 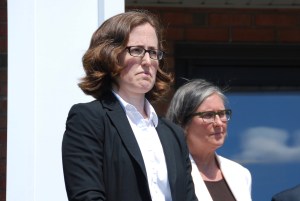 Doctors who do carry out elective procedures that late in pregnancy, she added, would face dire professional consequences for violating their licensure and committing medical malpractice.

So abortions in the third trimester are exceedingly rare, and don’t occur as elective procedures, but are they legal, as Coyne says?

Because Vermont has no legal abortion restrictions whatsoever, that’s currently a question about federal laws and Supreme Court decisions, and how they apply in Vermont.

Hare, the legislative counsel, explores this in her memo to legislators.

The Federal Partial-Birth Abortion Ban Act, which was passed in 2003, prohibits providers from performing a procedure that it describes as “An abortion in which the person performing the abortion, deliberately and intentionally vaginally delivers a living fetus until, in the case of a head-first presentation, the entire fetal head is outside the body of the mother, or, in the case of breech presentation, any part of the fetal trunk past the navel is outside the body of the mother.”

VTDigger is partnering with Politifact to fact-check statements about topics that are relevant to Vermonters. Learn more about Politifact's methodology, and see all of our Politifact Vermont stories.

The law currently before Vermont lawmakers would not legalize such procedures. Hare writes: “In the event that a provider in Vermont knowingly performed a ‘partial-birth abortion’ as it is defined by the Act in violation of that federal statute, the provider could be prosecuted as provided for in the Act, and regardless of the provisions in H.57.”

But as Coyne has pointed out, “partial-birth abortion” does not describe all late-term abortions, and no one disputes that abortions for medical emergencies are legal throughout the pregnancy.

The Catholic Church, which is opposed to all abortions, has weighed into recent debates in other states.

A couple weeks ago Politifact interrogated a viral image claiming that “A New York law makes it ‘now perfectly legal to murder’ a baby a minute before it would be born.” Catholic leaders in New York had said the law removed “all state restrictions on late-term procedures."

The viral image got a “False” rating from Politifact because it “oversimplifies and distorts what the New York law allows.” The New York law includes language that allows abortion after 24 weeks of pregnancy only if “there is an absence of fetal viability, or the abortion is necessary to protect the patient’s life or health."

Vermont’s law has no such language.

Bishop Coyne’s statement is true in a strict legal sense, but only if the law existed in a practice and policy vacuum. Without context, it is seriously misleading with regard to permissible practice in Vermont.

The proposed law would not change the legal reality in Vermont in any way. And all evidence indicates that the type of abortions that the bishop fears -- elective procedures in the final stages of pregnancy -- do not occur in Vermont, and would not occur if H.57 passes.

We rate this statement as Mostly False.

Politifact, “No, New York abortion law doesn't let mothers abort babies a minute before they would be born,” Feb. 1, 2019.

Thanks for reporting an error with the story, "Fact-check: Would Vermont’s proposed law allow abortions ‘right u..."