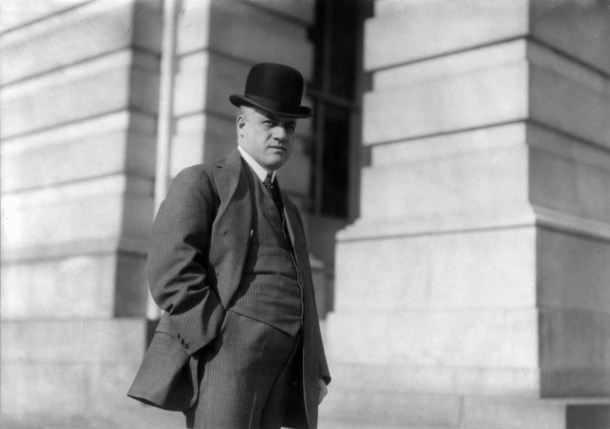 ("Then Again" is Mark Bushnell's column about Vermont history.)

[T]he latest bombing erased any doubts A. Mitchell Palmer may have had. As U.S. attorney general, Palmer had been shocked two months before by the series of package bombs that had targeted business and governmental leaders, including industrialists John D. Rockefeller and J.P. Morgan, and Supreme Court Justice Oliver Wendell Holmes.

Postal officials reported they intercepted 34 identical packages, but not before the servant of a senator from Georgia had lost her hands while opening a parcel meant for her boss.

That was in April 1919. Now, on June 2, a bomber hit Palmer’s home in Washington. The blast heavily damaged the house and killed one man, apparently the bomber. Just as authorities had no way of identifying the bomber, Palmer had no way of knowing for certain who was behind all the attacks.
But he took action anyway. Palmer ordered a crackdown on communists, socialists, pacifists and trade unionists, with a particular eye on immigrants who might be trying to overthrow the U.S. government.

Palmer, assisted by his aide (and future FBI director) J. Edgar Hoover, organized a nationwide dragnet that detained thousands of immigrants indefinitely and without charges. Ultimately, several hundred would be deported during the operation that became known as the Palmer Raids.

Vermonters were hardly above suspicion. In fact, even before the mail bombs, agents from the Federal Bureau of Investigation were searching for plotters among the state’s immigrant communities. Government officials worried that recent arrivals might follow the example set by the revolutionary Bolsheviks in Russia, who had murdered the tsar and his family and taken control of the country. The U.S. Congress approved the Sedition Act, outlawing anti-government dissent.

On March 14, 1919, FBI Special Agent John B. Hanrahan had offered an overview of radical elements in Vermont to his superiors.

“The foreign population of Vermont is small and a large proportion of labor in industries is what may be termed native stock or American. Therefore, this state is fairly free from the I.W.W. (International Workers of the World, a trade union) and Bolshevik propaganda, which thrives in industrial centers where the workers are ignorant and not reached by straight American influence,” Hanrahan wrote.

“One can feel the American atmosphere in entering Vermont cities and the lack of large industries prevents the foreign element from herding together, which removes them from the American spirit.”

Springfield, however, bore scrutiny, Hanrahan argued, because it had 400 to 500 Poles and Russians, who might be tempted to imitate the Bolsheviks. Yet, he believed, religion should keep their passions in check, the Poles being strong Catholics and the Russians members of the Russian Orthodox Church.

“There is a small Bolshevik element among them,” Hanrahan reported, “but it is not strong enough to make an impression.”

Other Vermont communities were deemed free of subversives. Another FBI agent investigated Rutland and found “nothing there that deserves special attention and whatever agitation that exists to be purely of a labor nature.”

St. Johnsbury, which had only 30 to 40 Italians among the 1,000 workers at its Fairbanks Standard Scale Co., was “a straight American community and there is no possibility of revolutionary propaganda or activities making even a dent on the social or industrial system.” 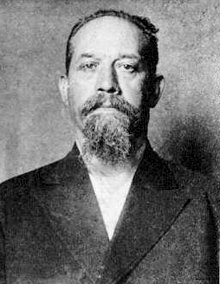 Barre was another matter. In the eyes of investigators, it had all the makings of trouble. The city was full of immigrants.

Hanrahan wrote: “There are about four thousand Italians and five hundred Spaniards working in the granite industry” – apparently a cause for concern to the FBI. “(L)abor troubles would be apt to produce radical leadership and the consequent spread of I.W.W. ideas and practices. This happened in 1915, when during a strike the foreign element became a violent mob.”

That didn’t mean Barre was free of radicals, judging by their reading habits, which the FBI assessed with the help of the city’s postmaster.

In September 1918, local postal officials had found that about 30 city residents subscribed to Italian newspapers that were deemed revolutionary and called them in for questioning. “Most of the parties receiving these periodicals were ignorant dupes,” Hanrahan reported, “and no further action was taken.”

Now, in early 1919, FBI agents again pored through the mail of Barre’s Italian community. Hanrahan and Special Agent G.C. Reeve found that dozens of residents were receiving bundles of newspapers they would forward to Italian immigrants living elsewhere in the United States. Some of the bundles apparently were wrapped inside English newspapers to disguise them.

During regular visits to Barre, Reeve investigated the men on the list, and crossed most of them off as posing no threat. After nearly all the names, Reeve wrote the phrase “a socialist, but not a radical.” One man was dropped from the list because he had died, another because he was overseas, serving in the Army.

By December, the FBI was focusing on four men and considering having them deported. The names appear to have come not from the FBI’s own investigation but from an informant, John Frantini, who had the trust of Barre Police Chief Andrew Mitchell. The men – Luigi Bardossi, John Delmonti, Natale Cardini and Umberto Campora – were suspected of “radical activities and tendencies.”

Bardossi was questioned first. The FBI agents asked if he believed in God. Bardossi said he did not. But, according to FBI files, he said he had “no complaint to offer with reference to our form of Government.” He said that the only group he belonged to was the stonecutters union and that “as long as he works and receives his pay he is happy.”

Bardossi said he went to the city’s Socialist Labor Party Hall, but only for drinking and dancing. He said he never discussed politics there.

The agents took Bardossi at his word and, finding no reason to deport him, closed his case. Delmonti was also quickly cleared. (Delmonti would go on to help carve such patriotic monuments as the Tomb of the Unknown Soldier in Arlington, Virginia, and “Youth Triumphant,” a statue to Barre’s World War I veterans.)

Cardini underwent stricter scrutiny. The FBI had been told he was the “most radical IWW” member in town. Also, he had once been denied U.S. citizenship. Cardini explained that he was a member of the Socialist Labor Party, not the IWW or the Community Party – the last of which he said he’d never heard of.

Cardini had failed to win citizenship, he explained, because Police Chief Mitchell had mistranslated the inscription on the grave of Cardini’s son. In Italian, it read: “(He was) born and died without knowing Lord nor Master.” Mitchell, who translated it as “no God nor Master,” apparently saw a dangerous streak of atheism in it and had informed federal immigration officials. Cardini gave the FBI agents questioning him a photograph of the stone for them to have translated.

When FBI agents and Mitchell arrived at Campora’s apartment, he was away at work. Martin T. Hart, an agent based in Burlington, wrote in his report that: “Under suitable pretext, agents with said Mitchell gained entrance to subject’s room and upon search found the following subject matter amongst his effects” – books with such titles as “Anarchy and Democracy,” “The New Proletariat” and “Communism.”

His case was left open.

In the end, neither Cardini nor Campora was deported.

Federal officials worried that the mass arrests and deportations might not have rid the country of all its radicals. Palmer issued warnings that revolutionaries might turn violent on May Day 1920.

Agent Reeve noted that on May 1, a prominent Boston activist would address a gathering at Barre’s labor hall. Given that granite cutters had walked off the job a few weeks earlier, Reeve wrote that he “deemed it advisable to spend this day in said town.”

“It had been rumored in Barre, today, that the radical element of the granite cutters’ union would parade through the streets and would carry a red flag,” Reeve wrote. “Agent remained in Barre all day but there was no public demonstration – in fact, the day passed very quietly.”

Did you know VTDigger is a nonprofit?

Thanks for reporting an error with the story, "Then Again: FBI digs for radicals among Vermont’s immigrants"